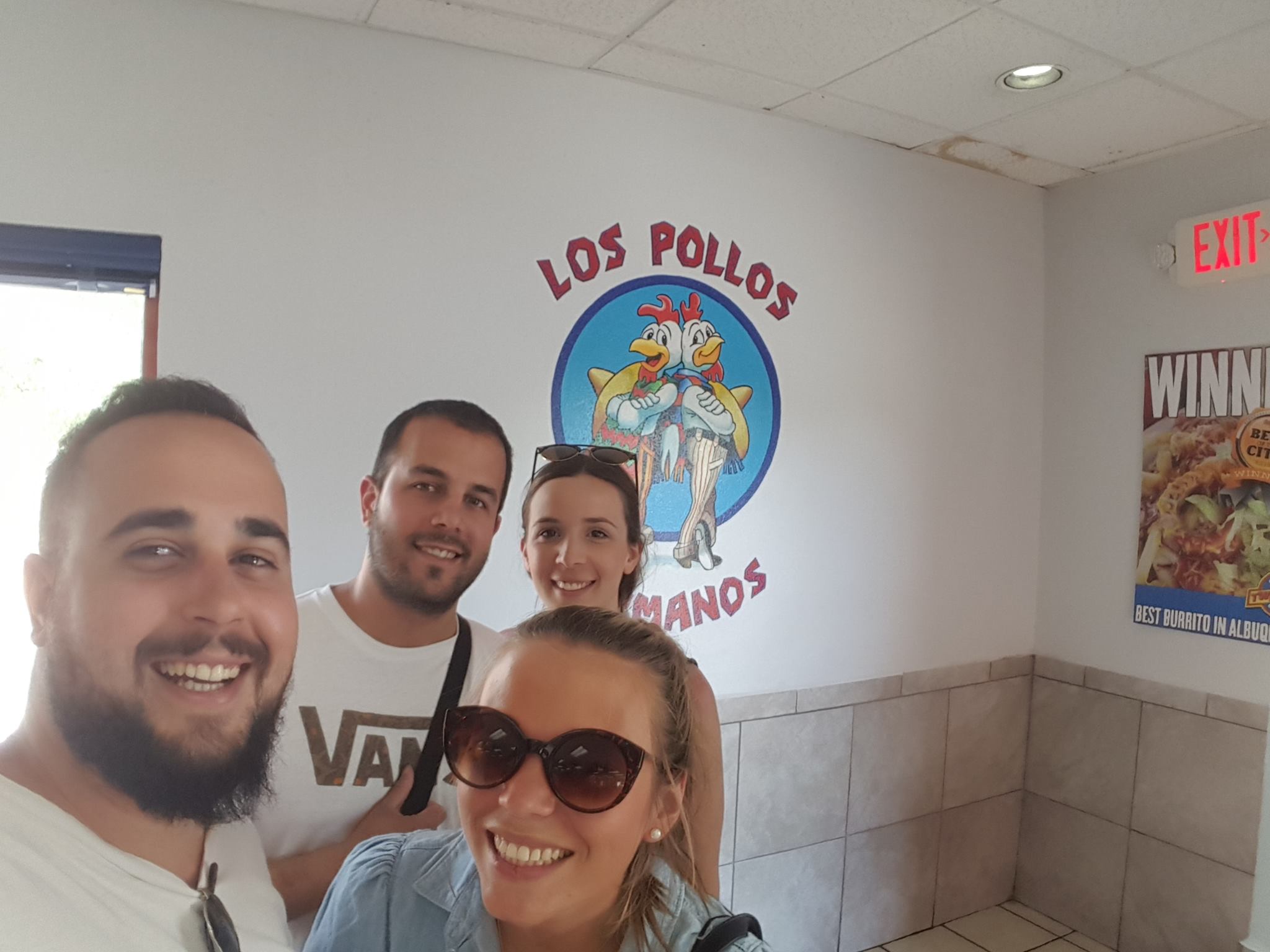 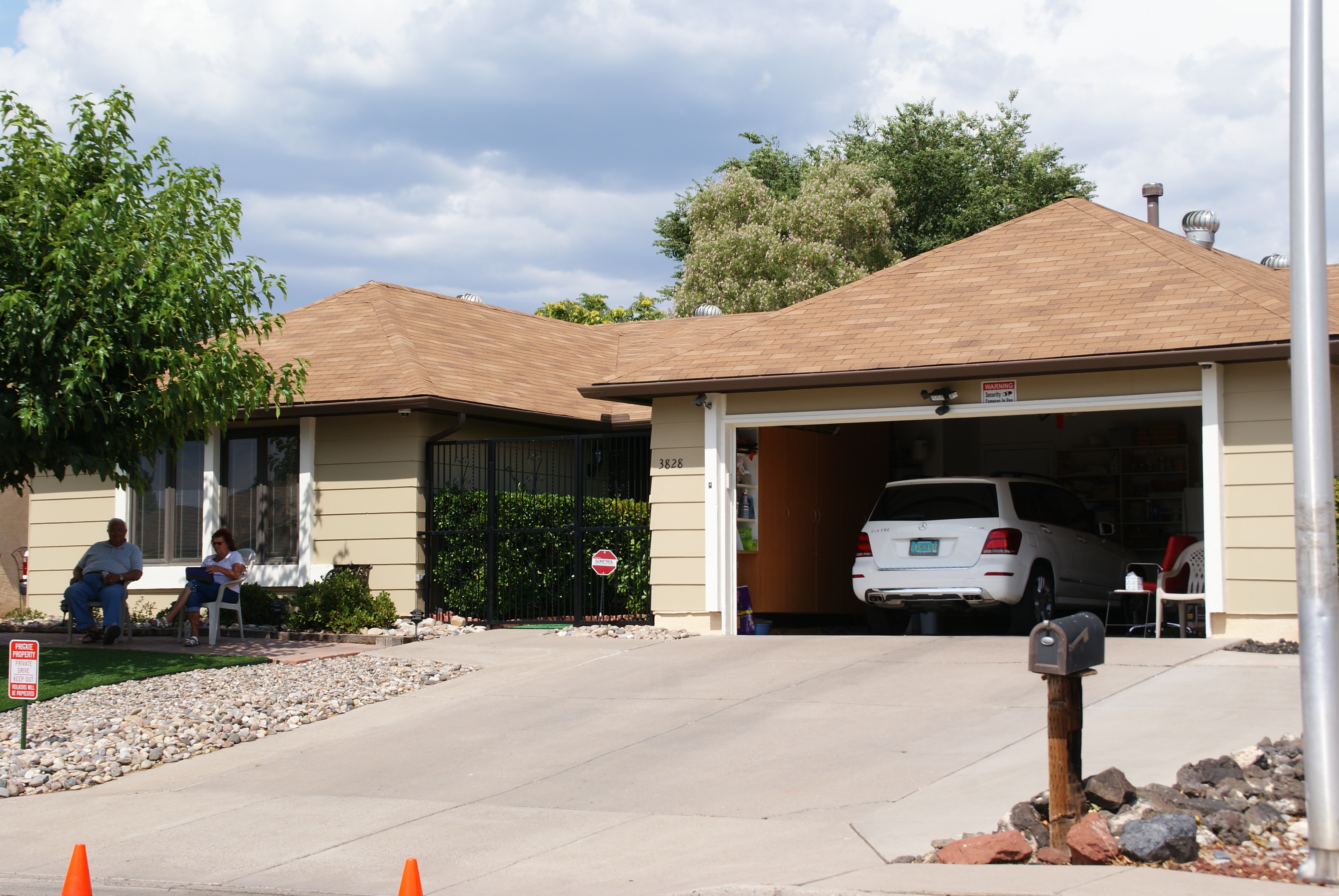 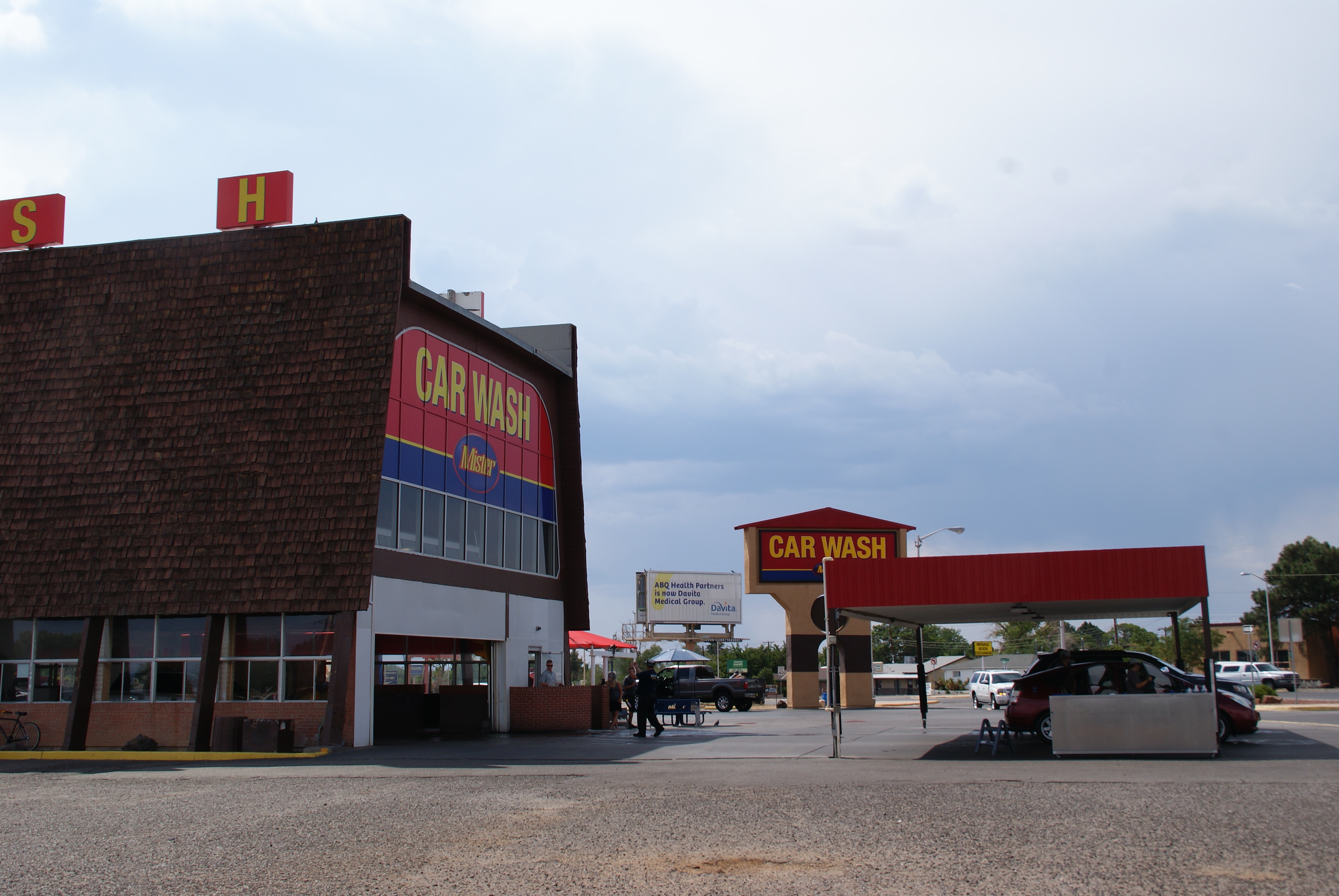 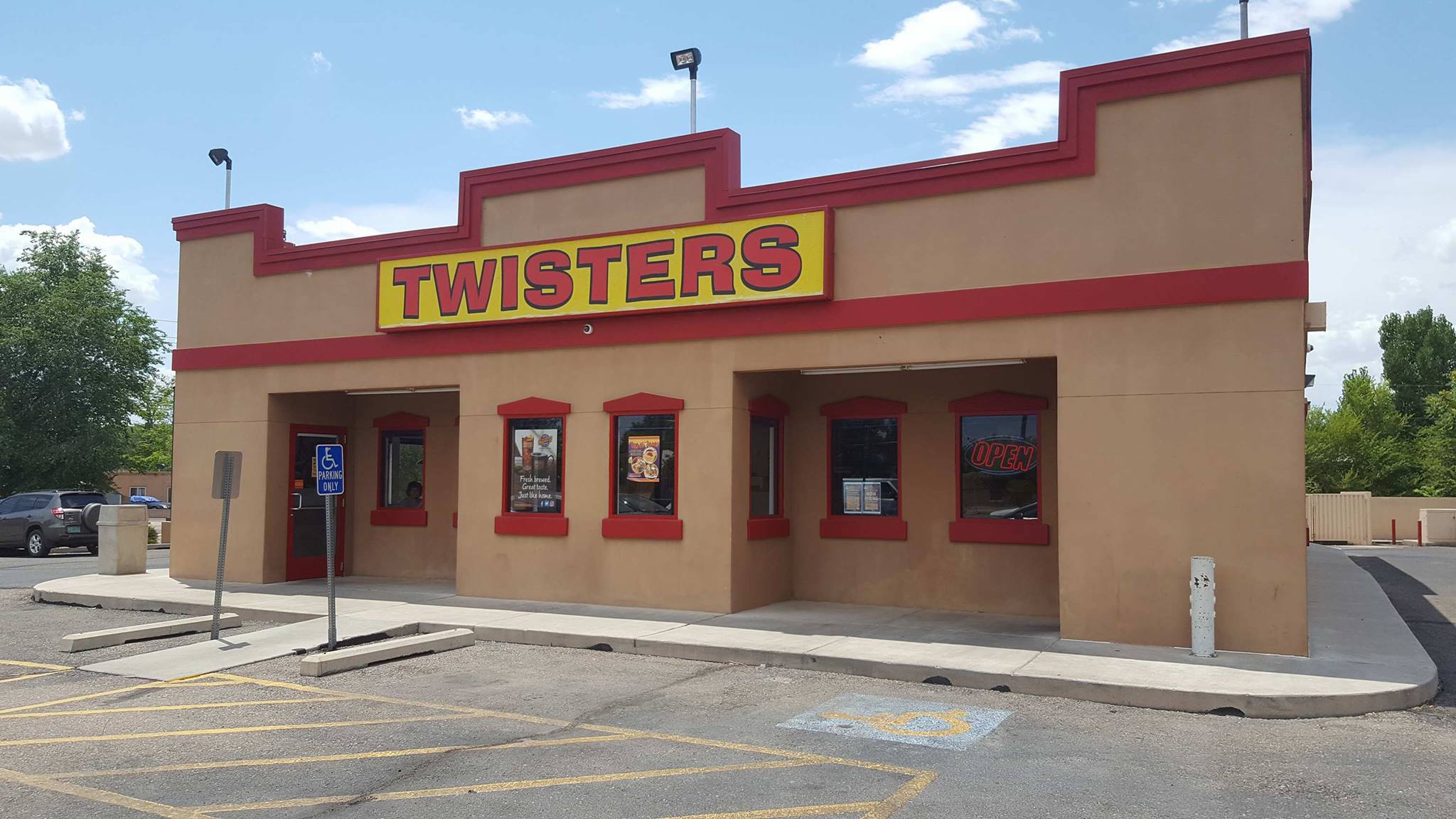 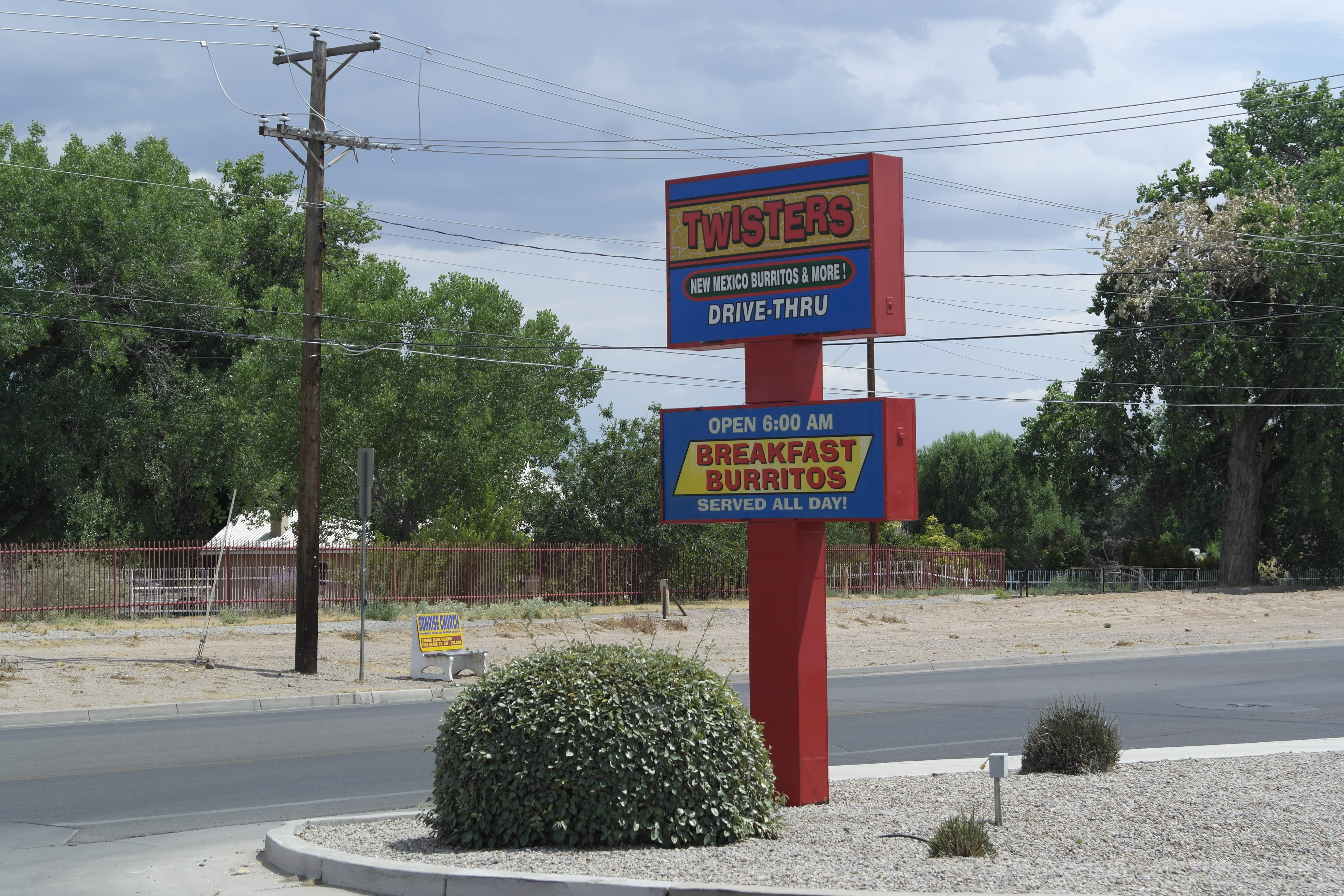 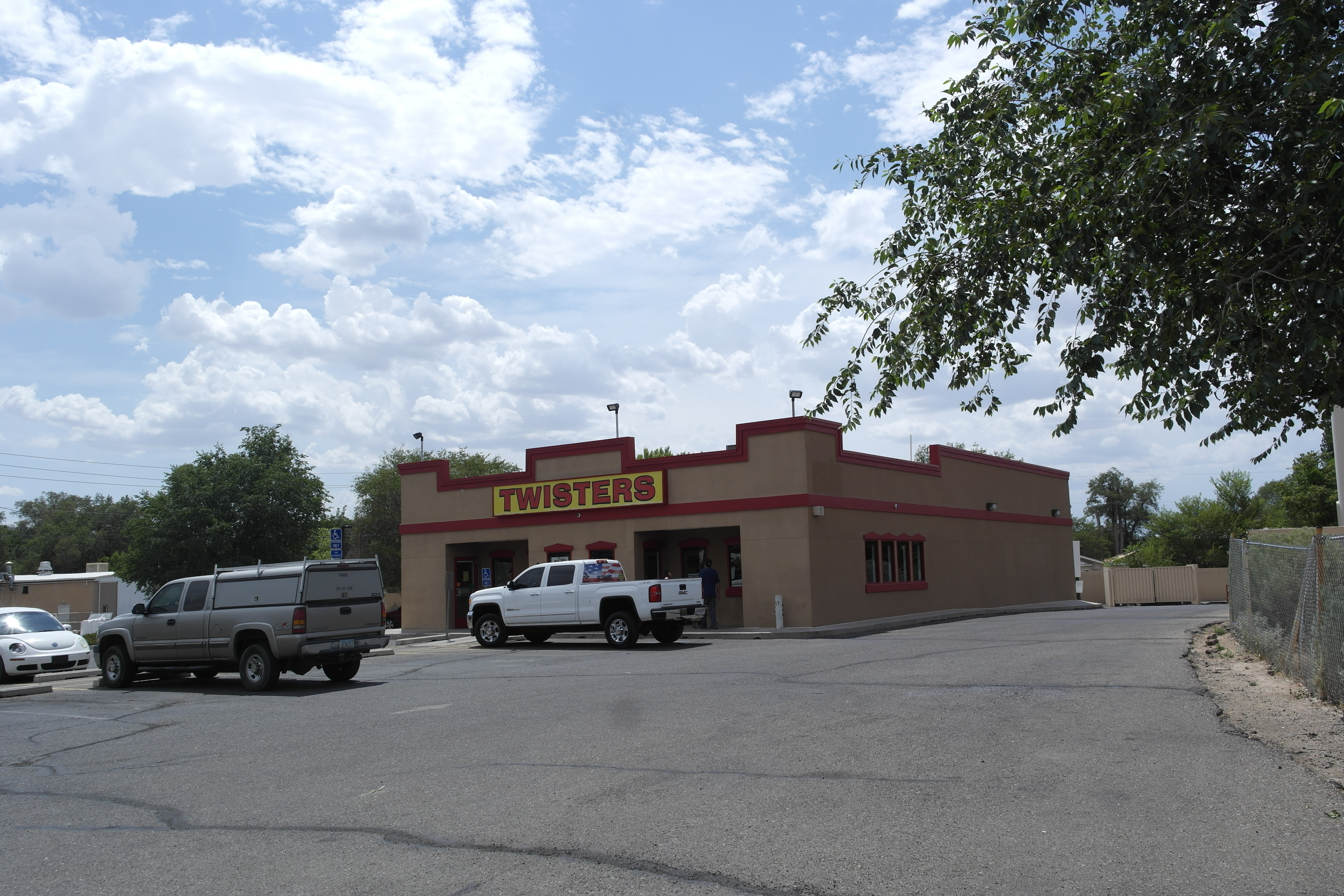 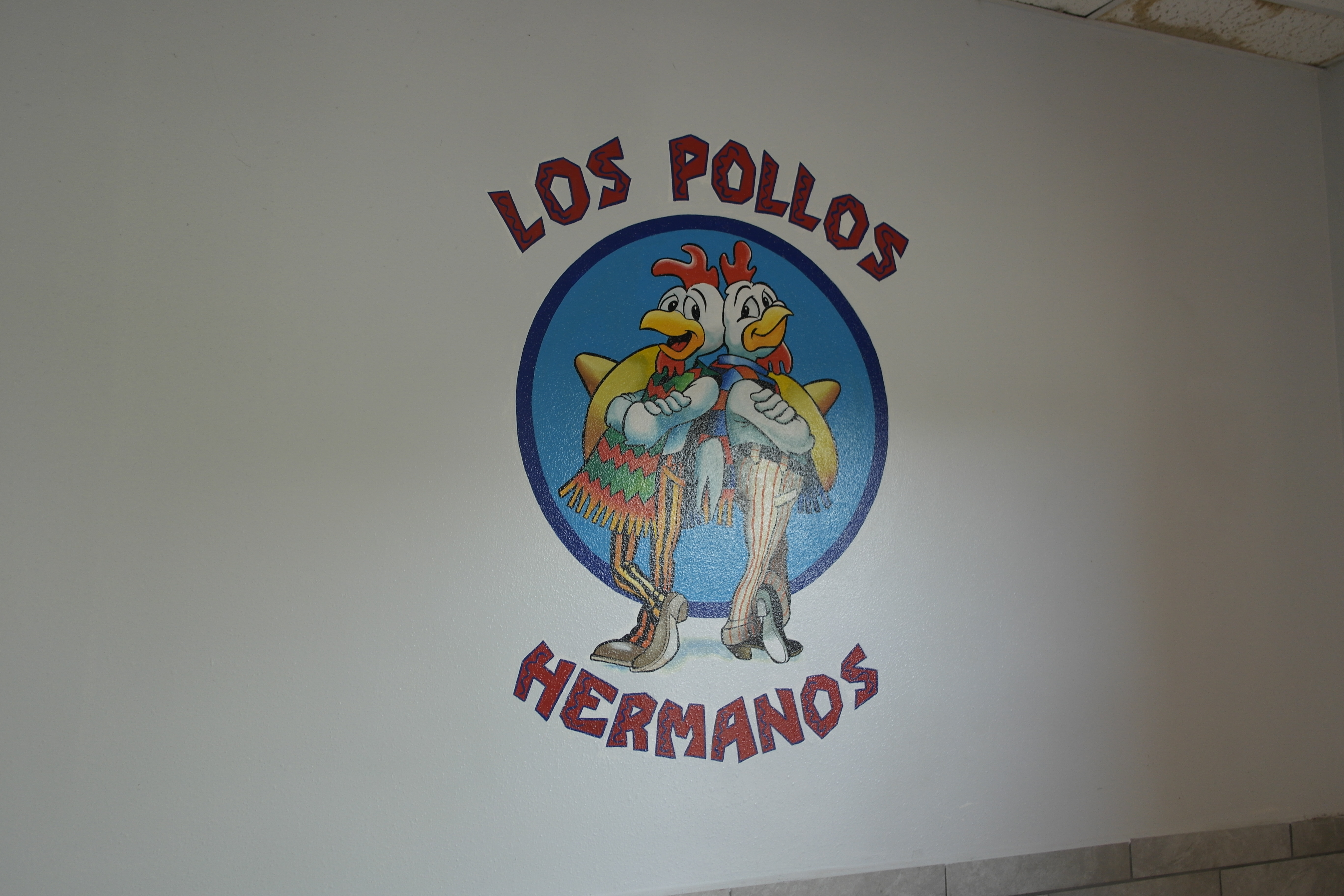 Early in the morning after sleeping the night in the cozy tents, we started driving towards Albuquerque. It’s not a very famous town, except if you have seen the TV-series: Breaking Bad. Breaking Bad was filmed in Albuquerque, and it’s one of my favorite TV-series so I was really looking forward to visiting the famous scenes from the series.

First stop was the famous restaurant from Gus Fring: Pollos Hermanos, that is actually a real restaurant called: Twisters. We of course decided to have our lunch there, burritos and hamburgers.

After that we headed to the house of Walter White, which I had read various funny comments about online. It’s a house owned by an old couple, if you drive pass the house when the husband is outside you’re all good, and he will happily explain stories about the series and so on, but if you drive pass the house when the wife is outside, you’re basically screwed and told to go away. Well, we drove slowly pass the house, and surprisingly they were both sitting outside the house on the patio. The husband started immediately laughing, while the wife was already getting annoyed. It ended up that we managed to take one photo, pretty far away, since they have cones and warning signs all over the house and patio. We had a very good laugh, since the husband was all the time laughing while the wife was shouting at us.

Last stop was the Octopus Car Wash, which was a normal car wash that was in use. It wasn’t that special day but now we can say that we’ve been there done that.

In the night we drove to Santa Rosa, where we took a motel for the night. The guy in the motel reception was super funny so we had another good laugh at least that day. In the morning we woke up early to check the sightseeing points in Santa Rosa. I’ll upload another blogpost about that.