The Amazon – a place out of this world! 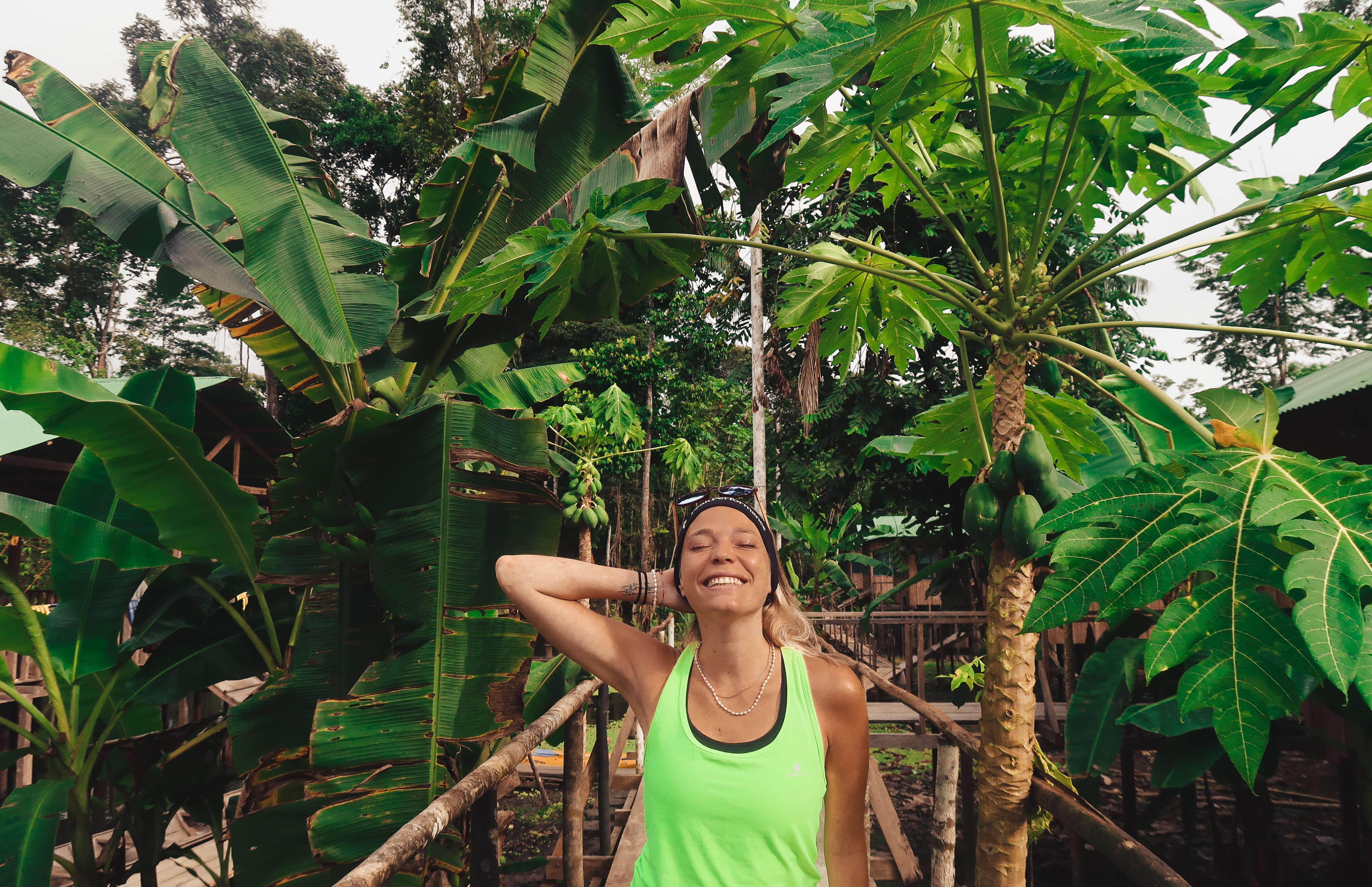 The Amazon, what a place, just wow.

The Amazon jungle / rainforest was our last stop before travelling back home. And now I will be very honest, we all were very tired already of travelling, and even more, of being in a jungle / nature. We basically all at this point just wanted to chill in a pool and have a mojito haha, but that was not what we had planned ahead of us.

BUT – The Amazon did indeed surprise us, and I could happily had stayed few more days in the jungle.

So, we all had to eat up our words about being tired of being in the jungle.  The Amazon was for me at least, one of the best places during the whole 1-month trip. So much nature, animals, history & culture.

When we arrived in Leticia, which is close to the border of both Peru and Brazil, we had actually no idea of what we were going to do, I mean literally. So i will go through all the places we visited & adventures we did in different points.

Sleeping in a tree house

First, they took us to this huge tree house in the middle of the jungle and our guide was just making fun of us all the time because we were so tired. We had not been sleeping almost anything, so we did not really appreciate his jokes about snakes, spiders, mosquitos and pumas.

First up then of course, he took us kayaking with our friends, as mentioned before. Including exactly f*king snakes & spiders, which I am not very fan of haha. But it was actually fun, although it was even raining. For lunch we had piraña fish, it was tasty, but not so pretty.

After the lunch it was time for the second activity, this all at the same day, without any sleep basically.

Here in-between I have to comment that I am EXTREMELY afraid of heights, and the next unknown activity was not really something I was waiting for.

Canopy was the activity, and I had googled it before, and the results mostly were some stairs in the trees which was kind of ok for me. BUT NO. We first had to climb up to the trees, 40 meters……. Not just 1 panic attack, but a few of them, during the 15 min climb up with the help of a rope was the end result of this. But I did it. Unfortunately, it was raining a lot so we could not bring the cameras. Up there we also did 2 ziplines and walked between the trees on a bridge. I have never been this afraid in my life, I can guarantee you that. And then next to you have this “funny” guide just laughing at you.

The experience here did not stop though, since we also did a night safari tour in the jungle. We saw a lot of dangerous frogs and also these huuuuuge tarantula spiders, but no worries our funny guide was secure that nothing would happen to us hahaha.

This night we slept in a big tree house that I mentioned before, it was very cool experience, and in the night the whole jungle woke up. You could hear all kind of weird sounds from the animals around you. 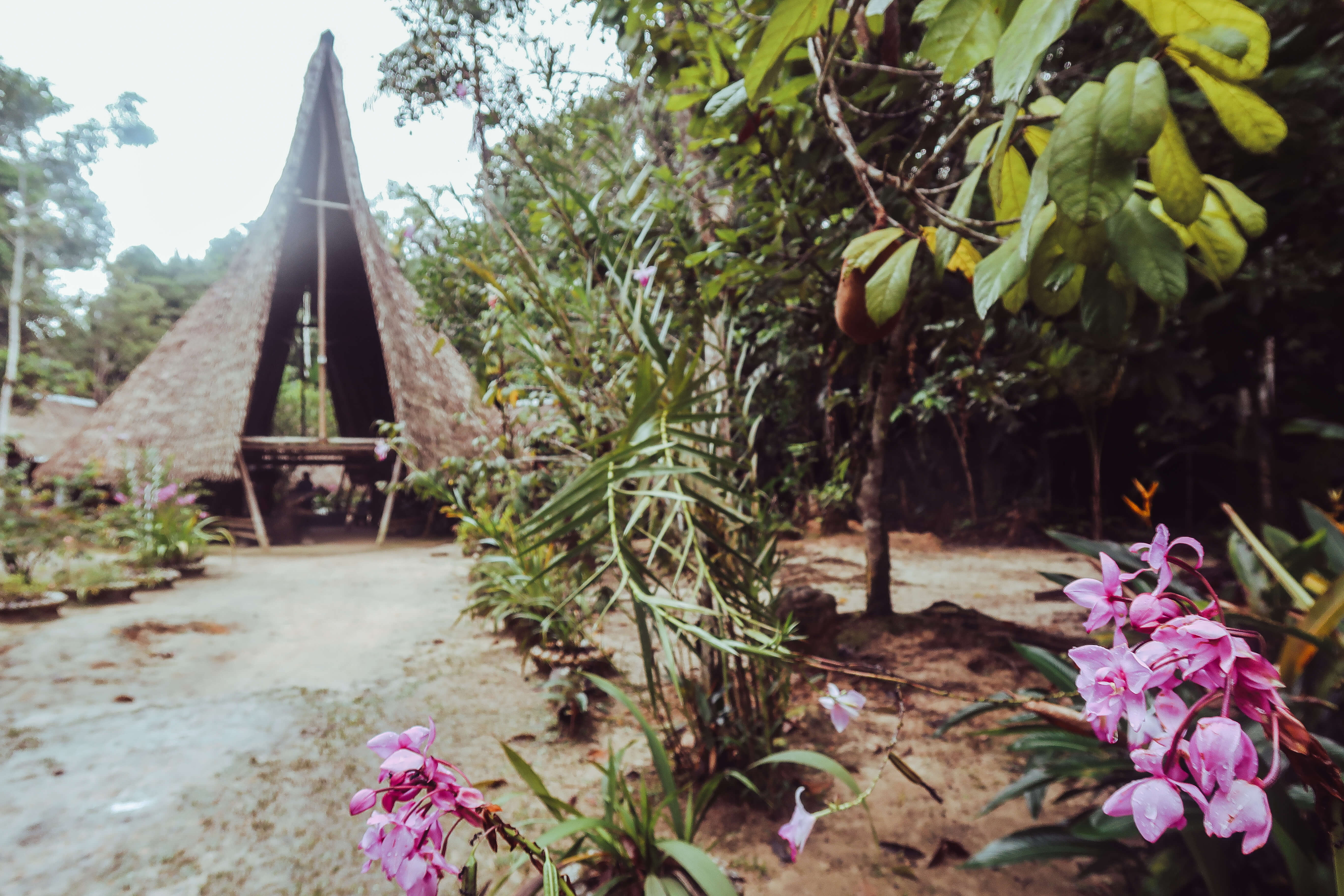 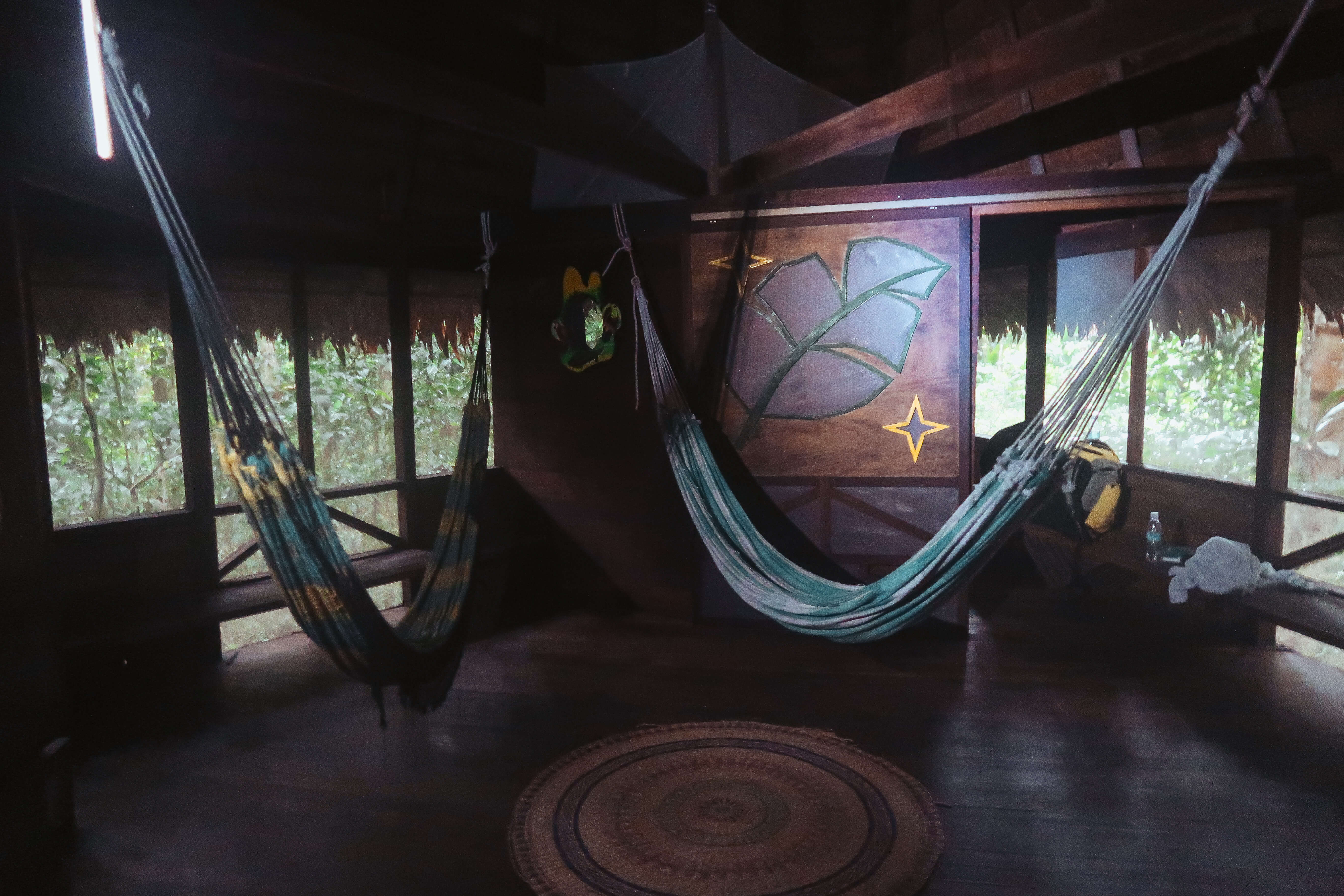 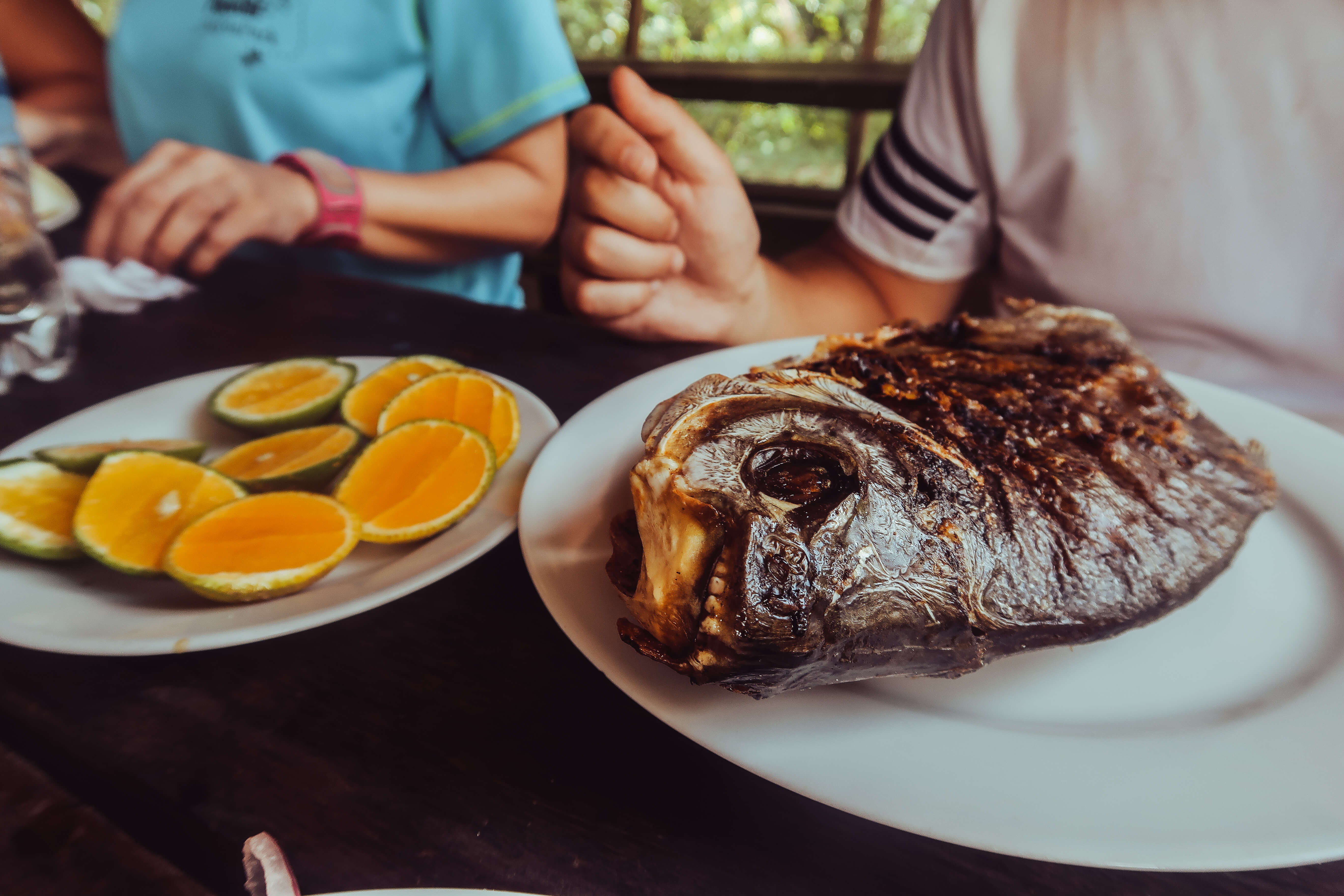 The next day we had to leave the tree house, since we were going to the border of Colombia & Peru. From there another guide would bring us through the Amazon river with a small boat to a natural reserve in Peru.

Here neither, we did not have any idea of what was about to come. Before arriving to the natural reserve, we stopped at the home of the guide, which was in a town that was in the water… So, the day already started off with some pretty extreme surroundings. 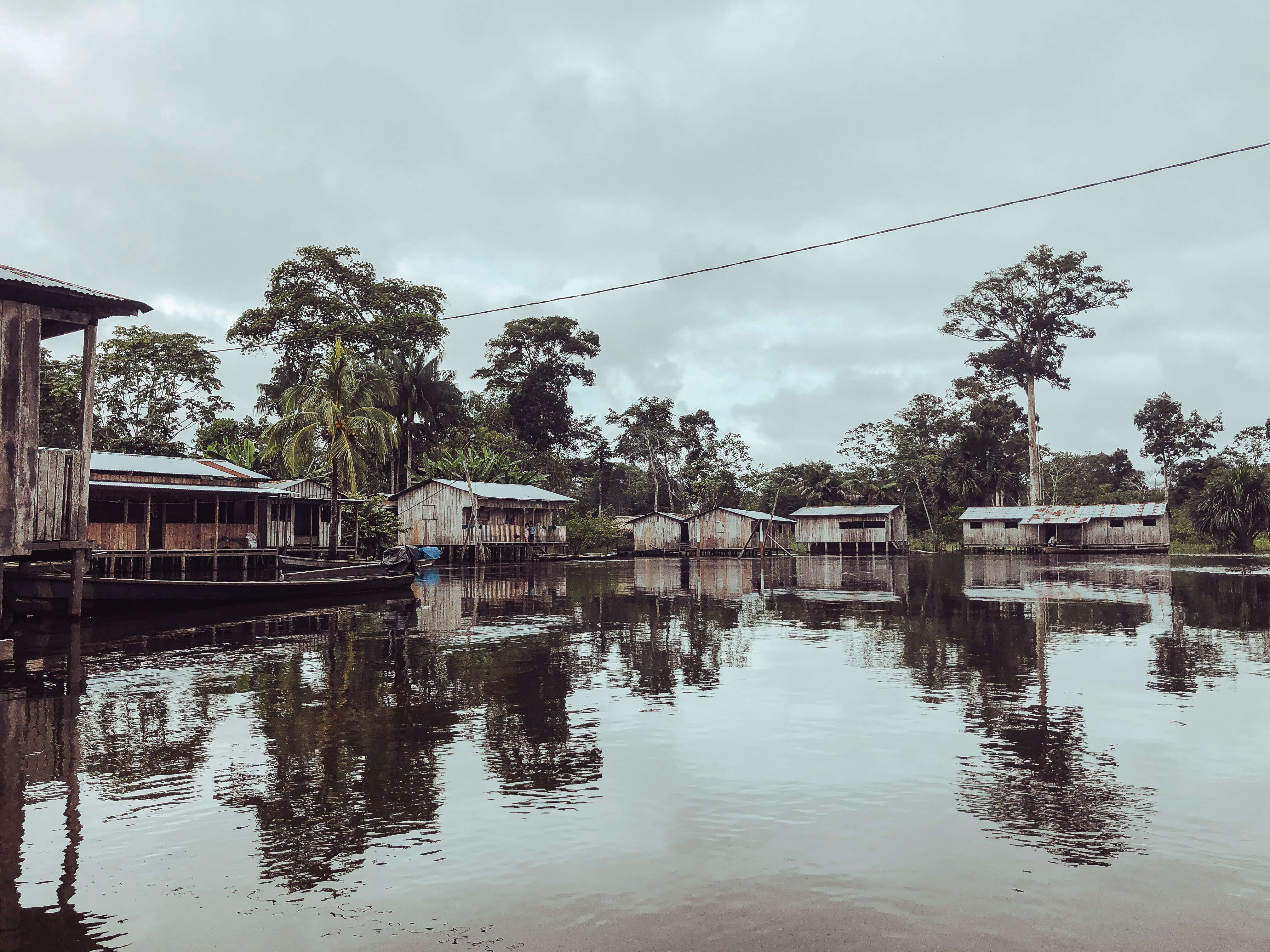 These two pictures (one above and underneath) was from the town where our guide lives. 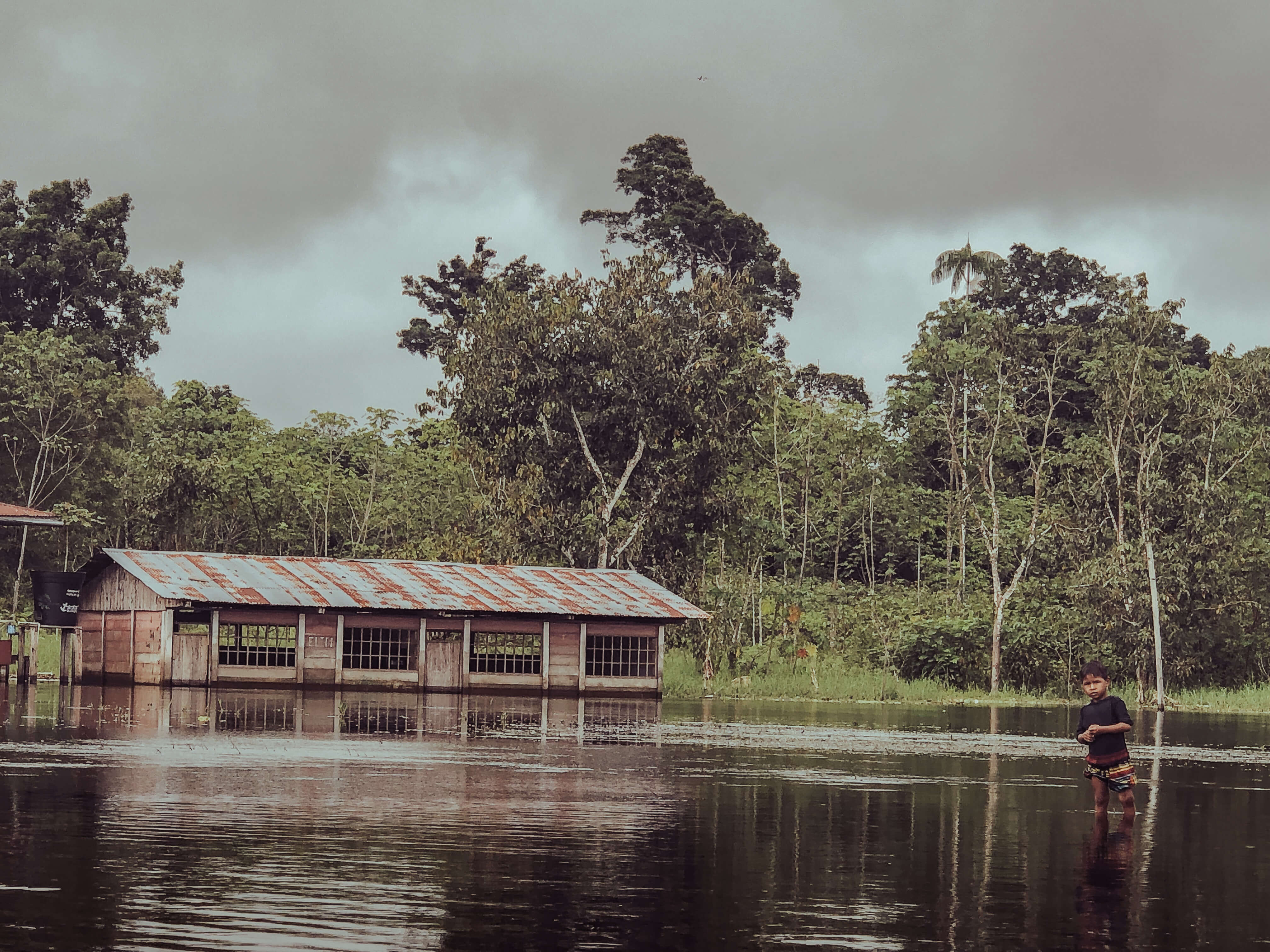 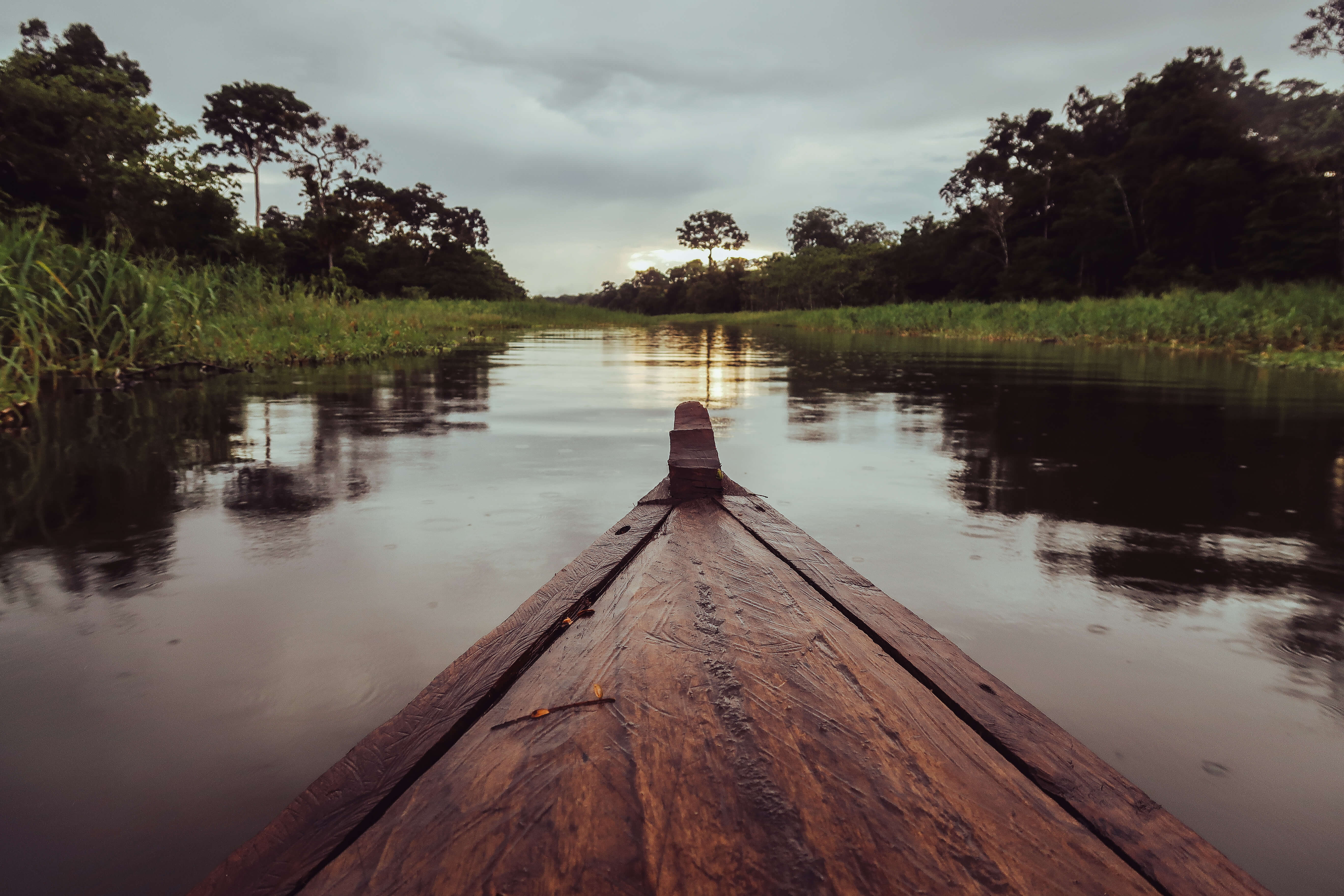 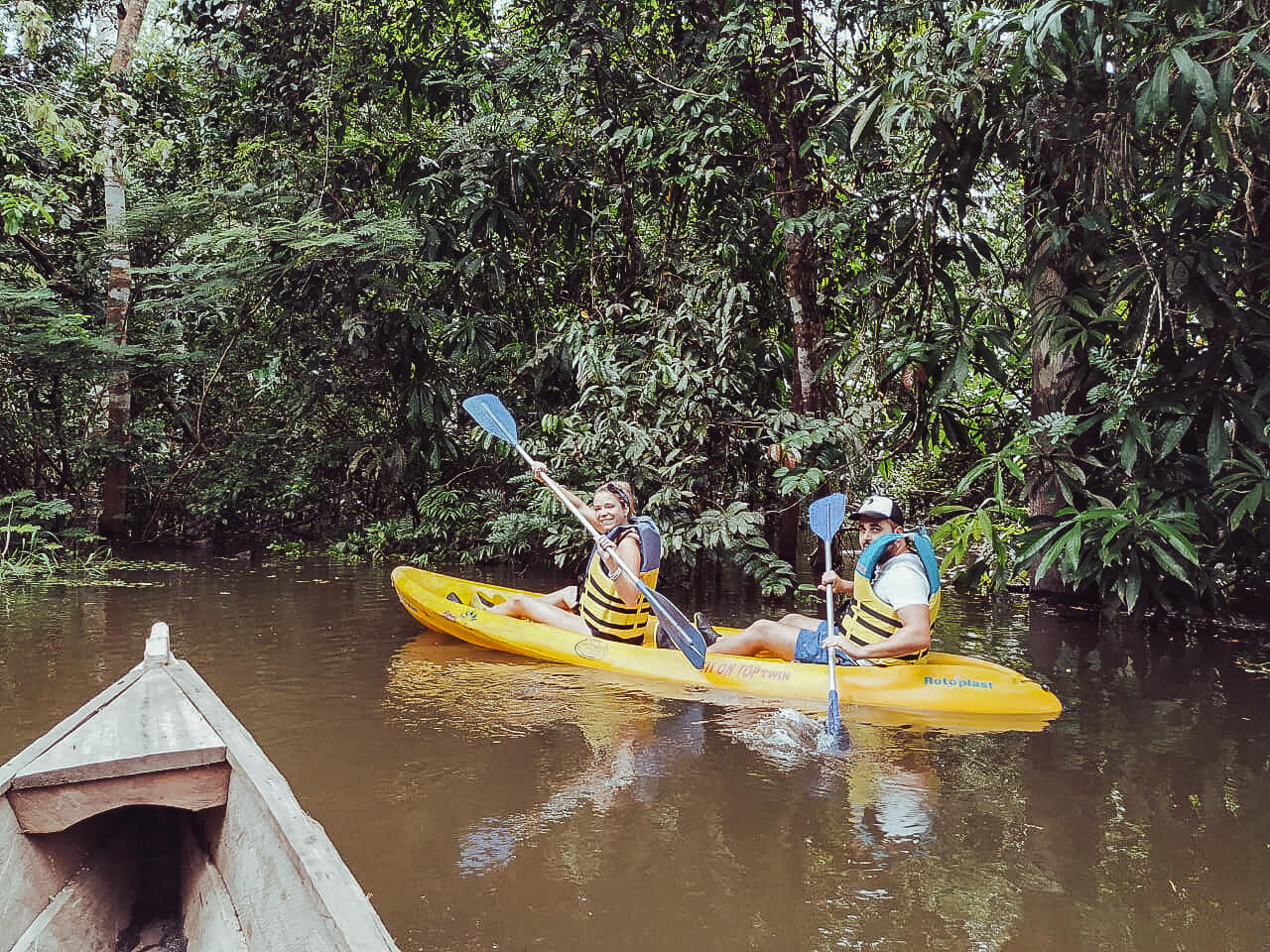 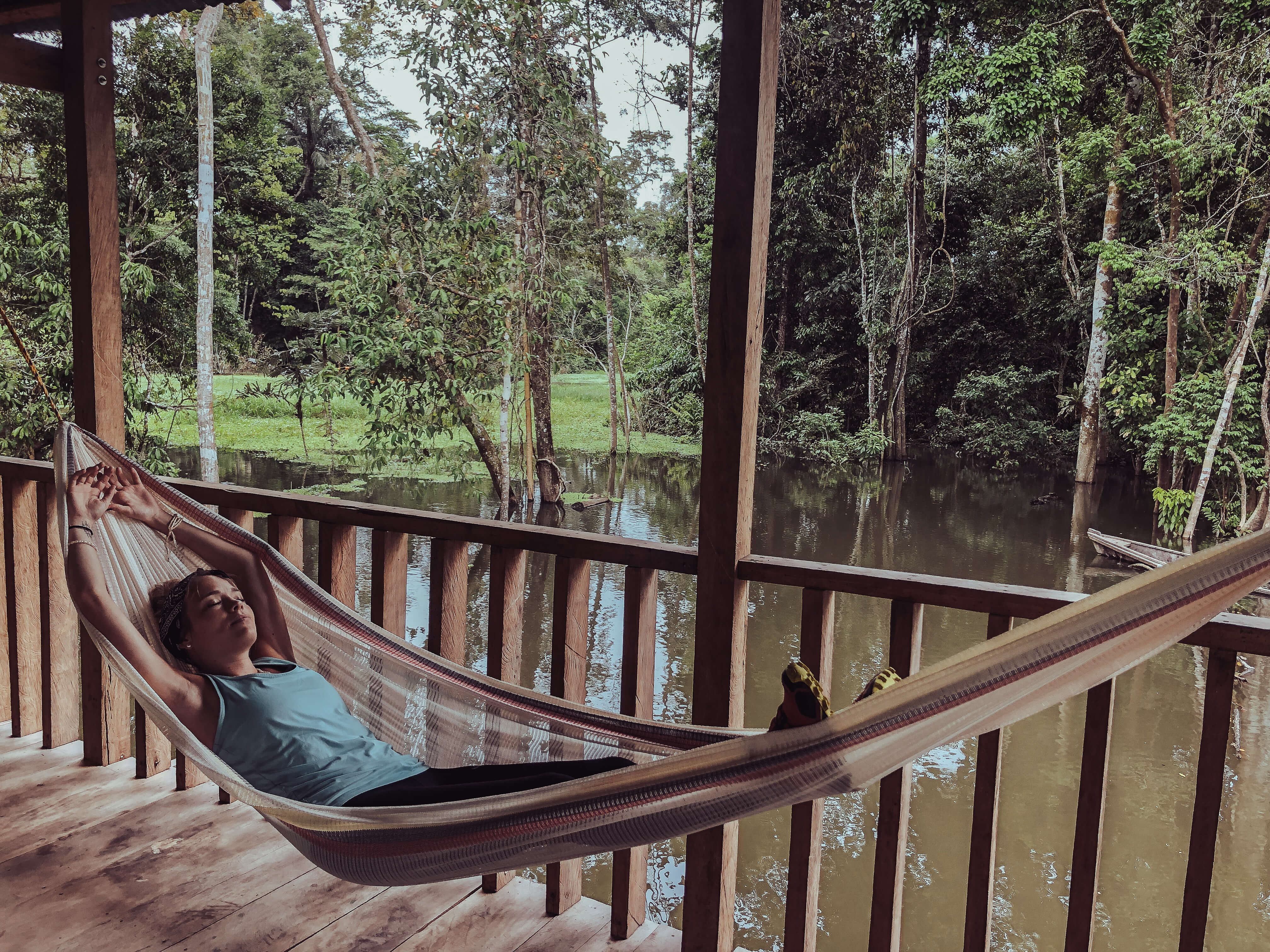 The most awesome animal ever: Sloth 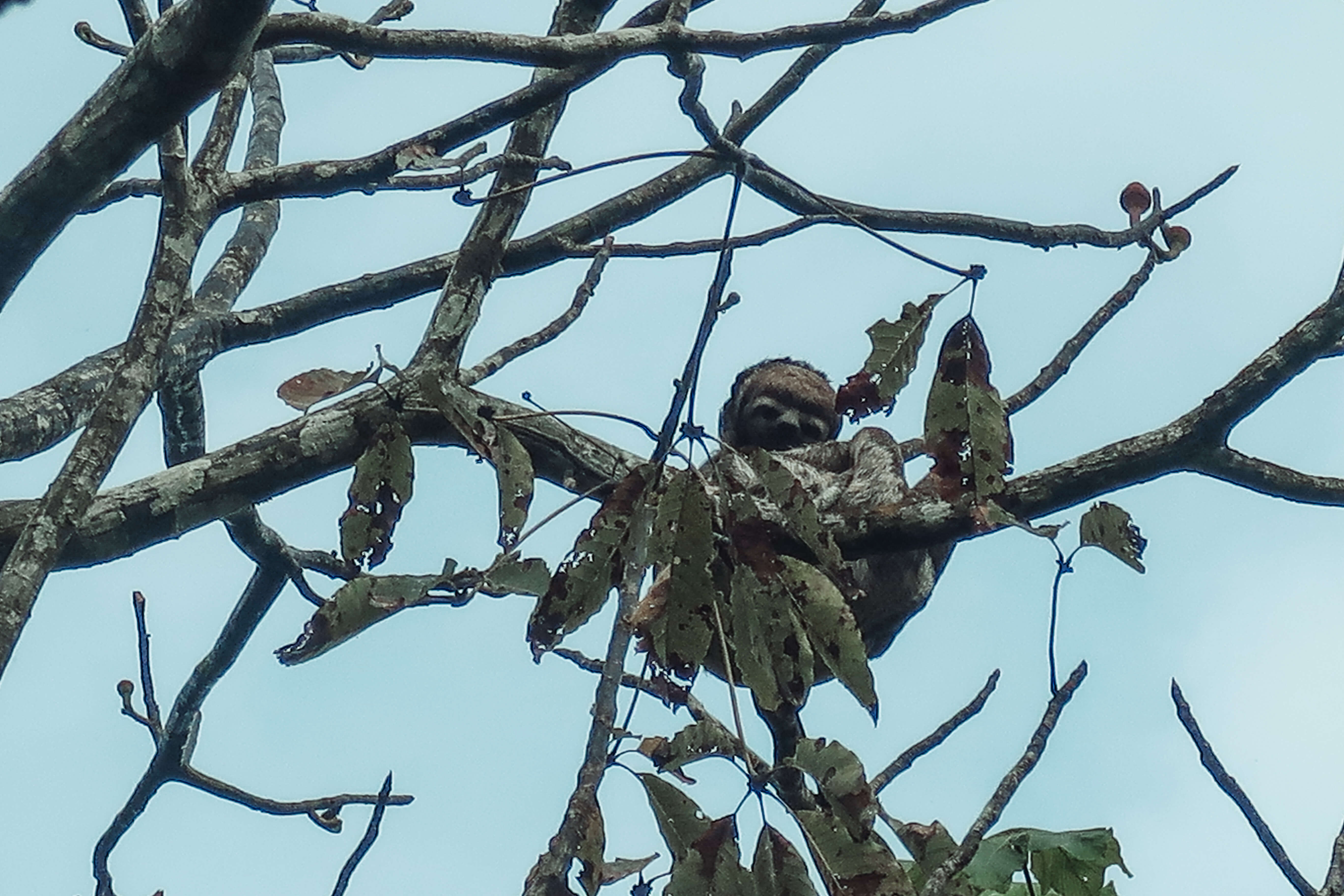 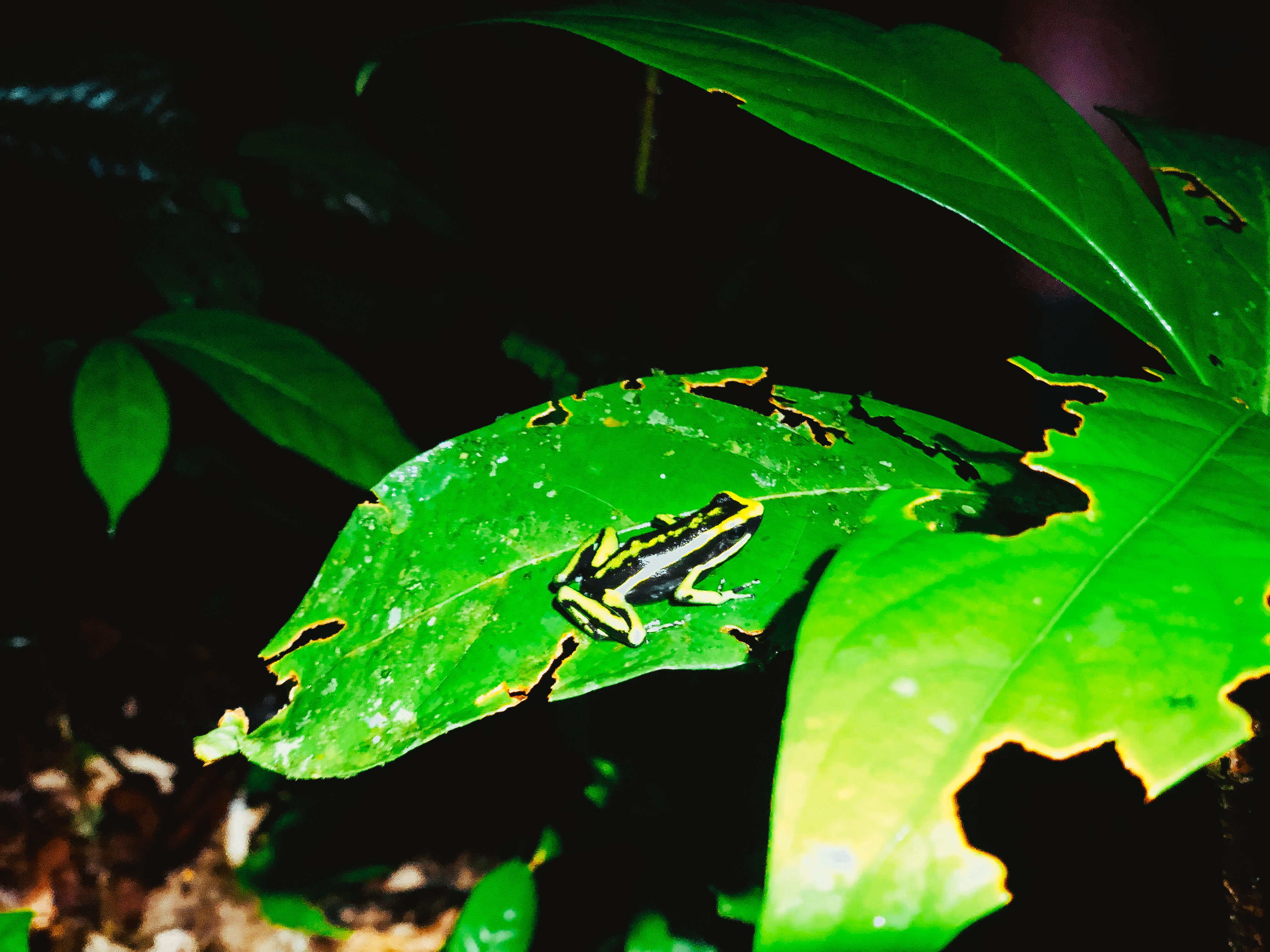 After the days in the natural reserve, we still had a couple of more adventures coming up. One of them was a 1-day trip to some towns & islands in the Amazonas river. I found a lot of new monkey friends in one of them. Another adventure was visiting Brazil, since we were almost in the border. That day ended up with us all being drunk and happy in Brazil. I would blame that on the cheap caipirinhas. 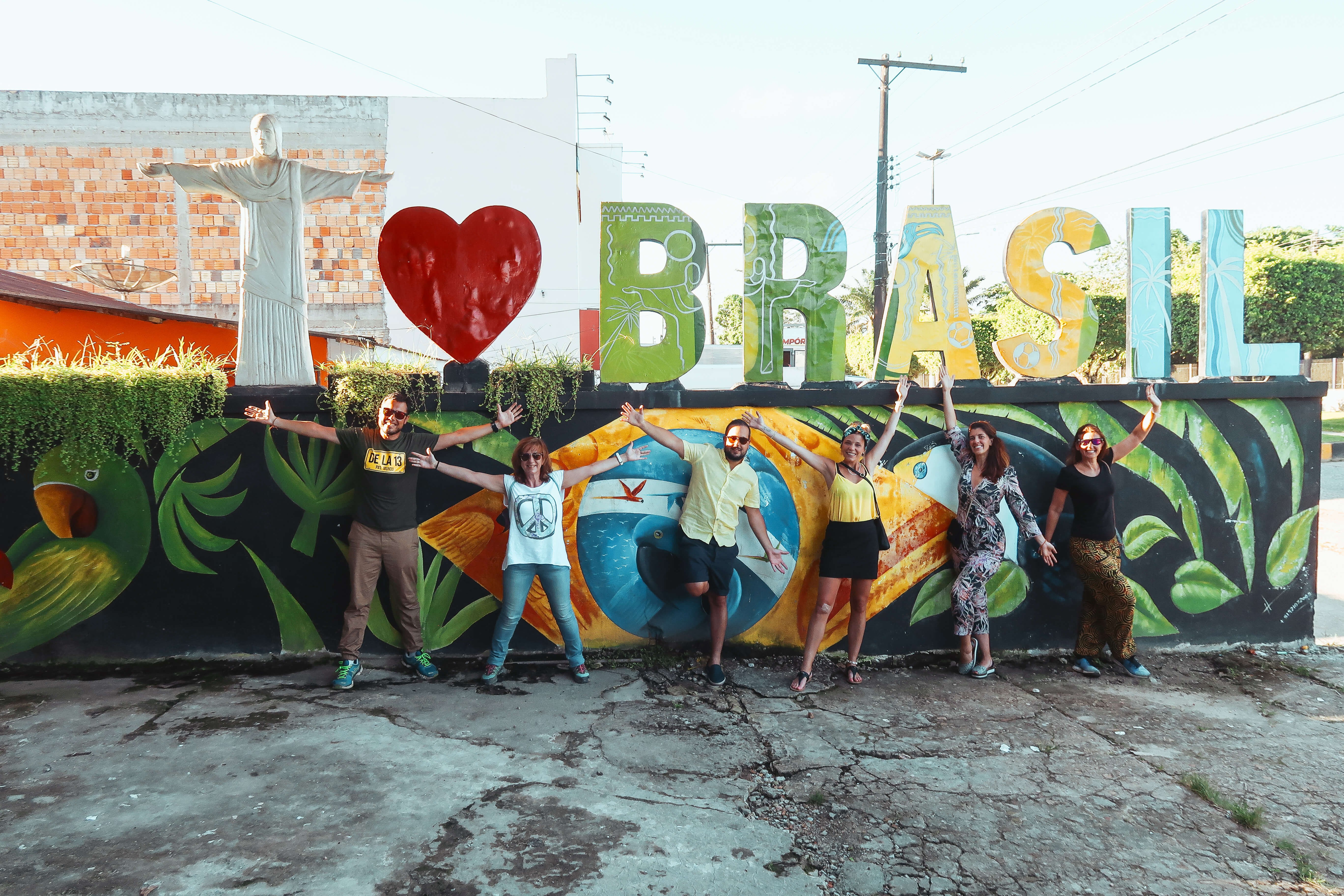 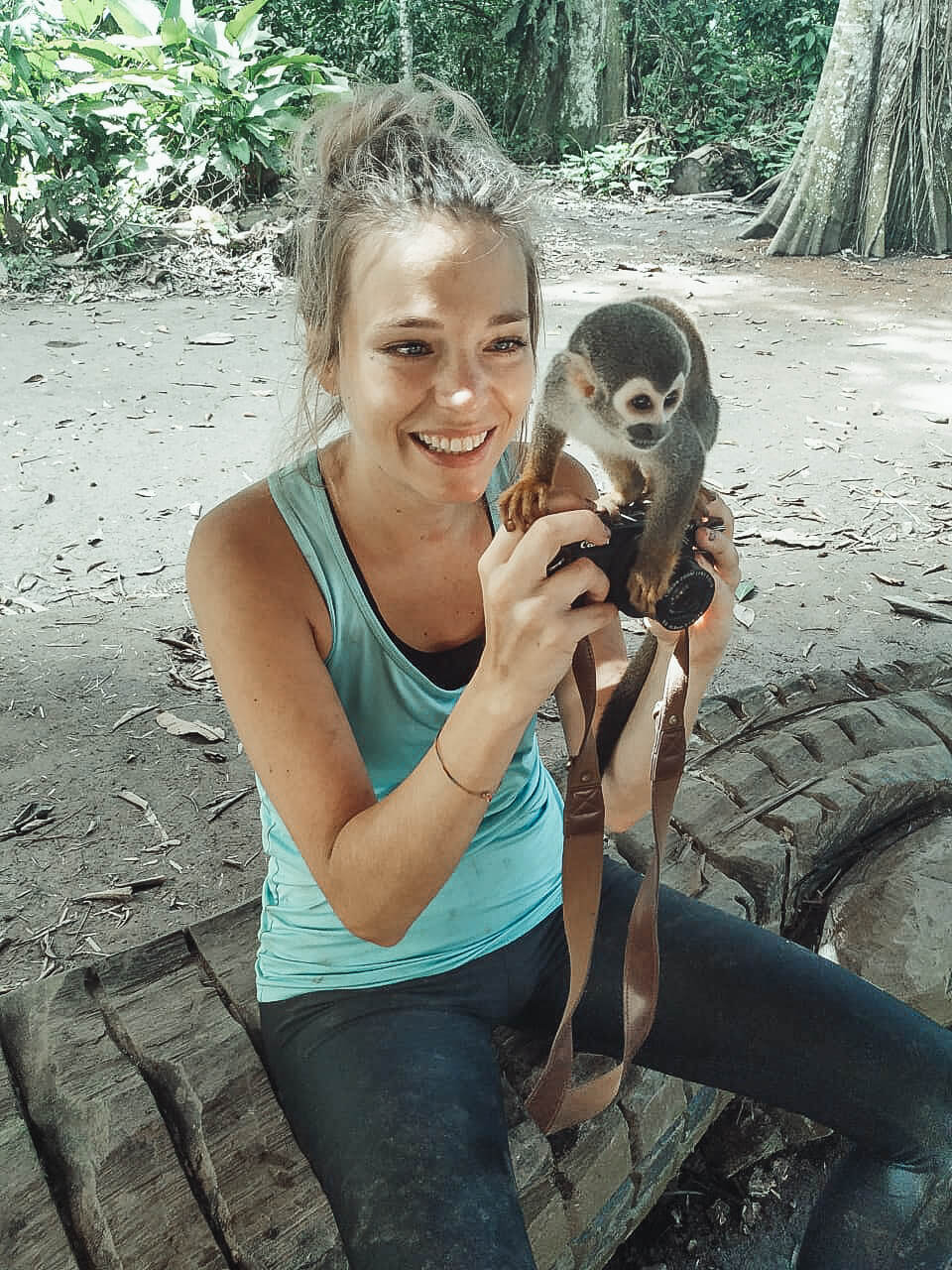 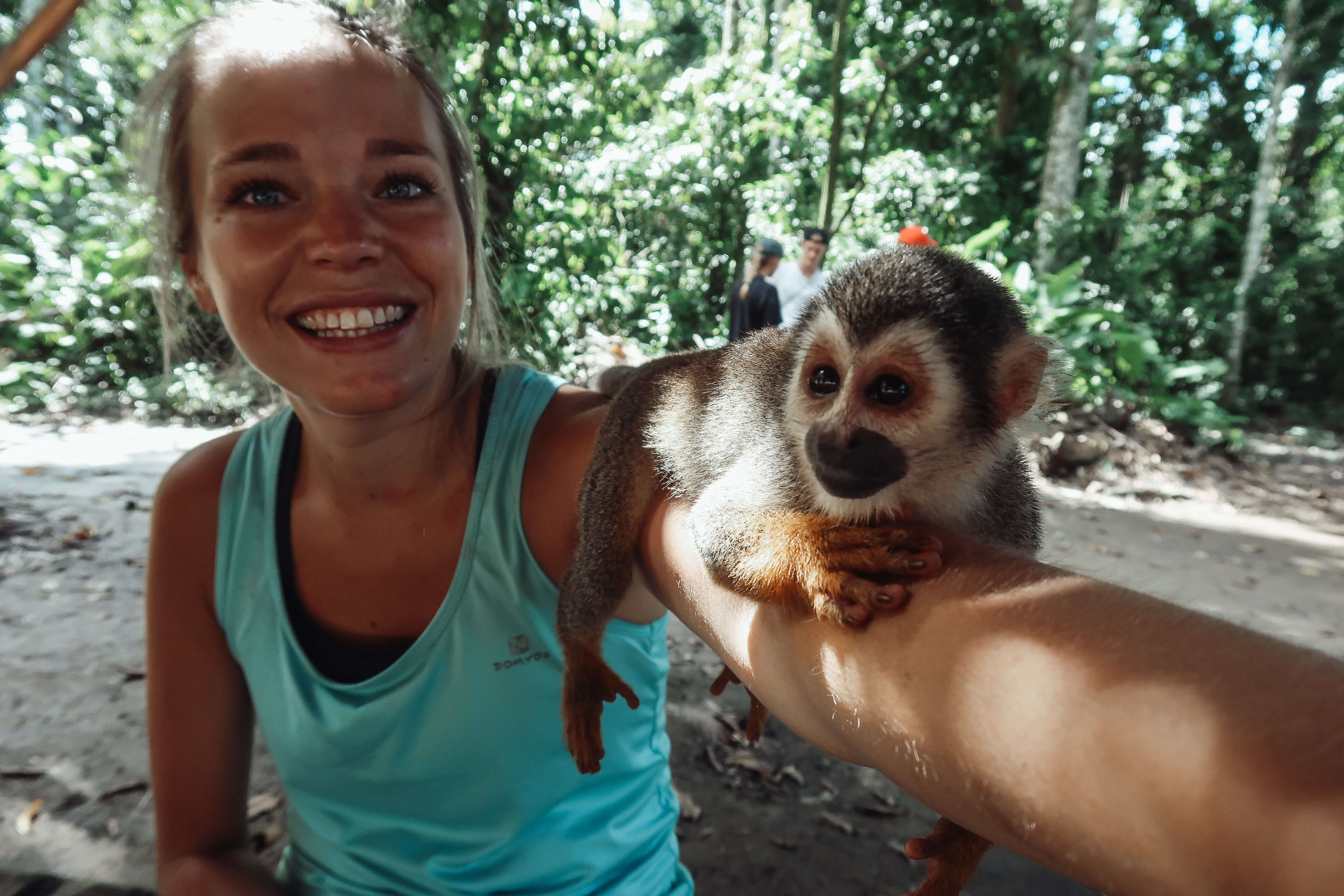 And let’s just end the blogpost by telling that this was the last day before flying back to Barcelona, so the caipirinhas was not maybe the best idea….

That was it from Colombia!

I will still make a short cap version, where you can see the whole trip in one place.

I´m Nina, a 31 year old Finnish girl currently living in Andorra. A lover of life and living my life to the fullest.
Read More 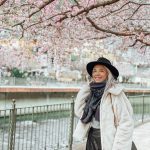 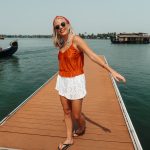 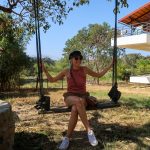 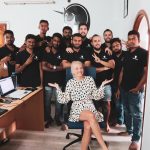