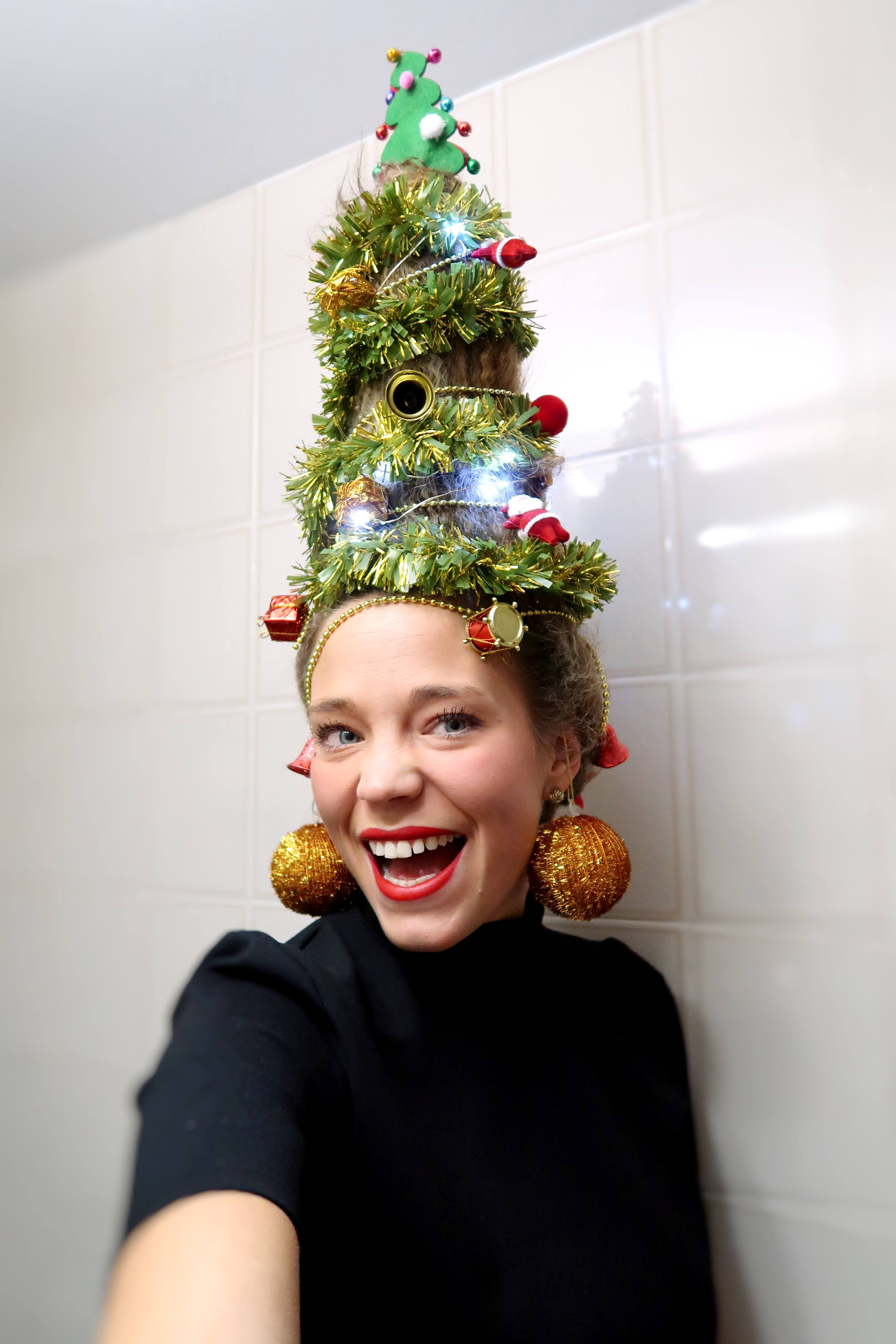 What a Christmas this year… I am still not get used to the Spanish way of celebrating Christmas with like endless amount of lunches and dinners many days in a row. The below picture perfectly pictures me, Jammu and Mamba every day in between the lunch and dinner. 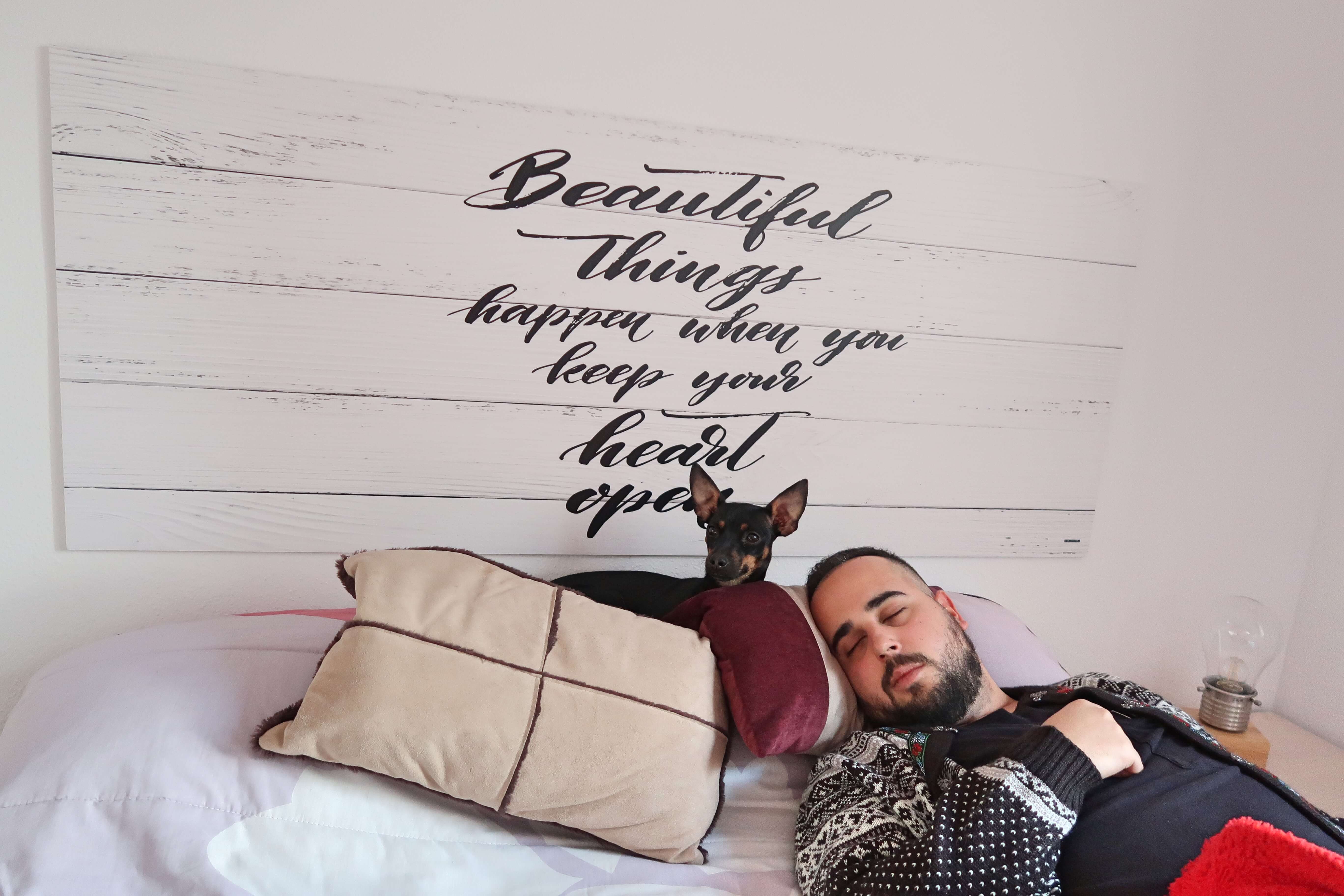 Right now, I am back in Andorra, with the worst flu ever, I guess it is the side effect of having too much fun these days.

I will make a short re-cap of what I have been up to these cosy Christmas days.

It all started with the birthday celebration lunch of Albert, who is Jammus smaller brother during the day of 22.12. 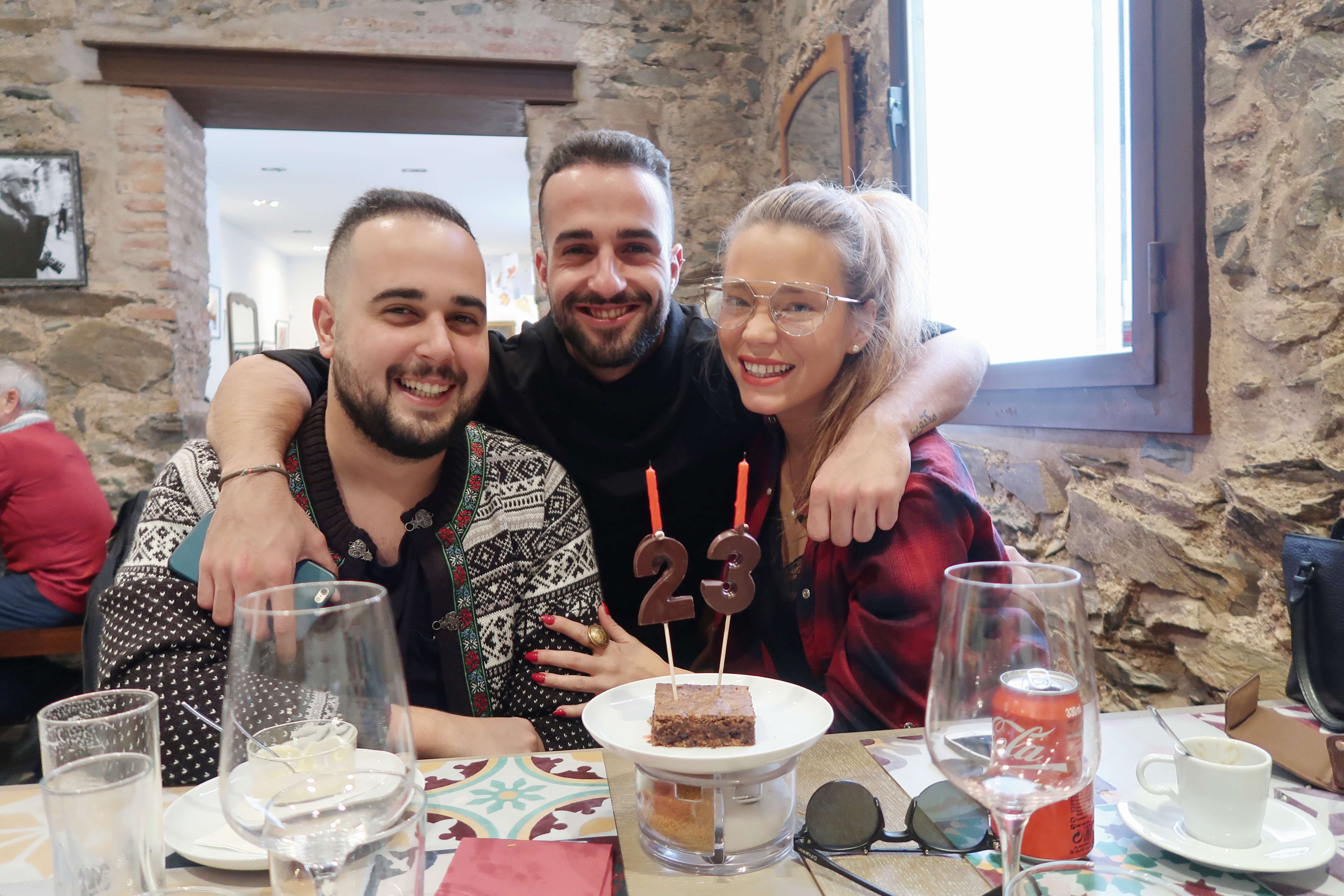 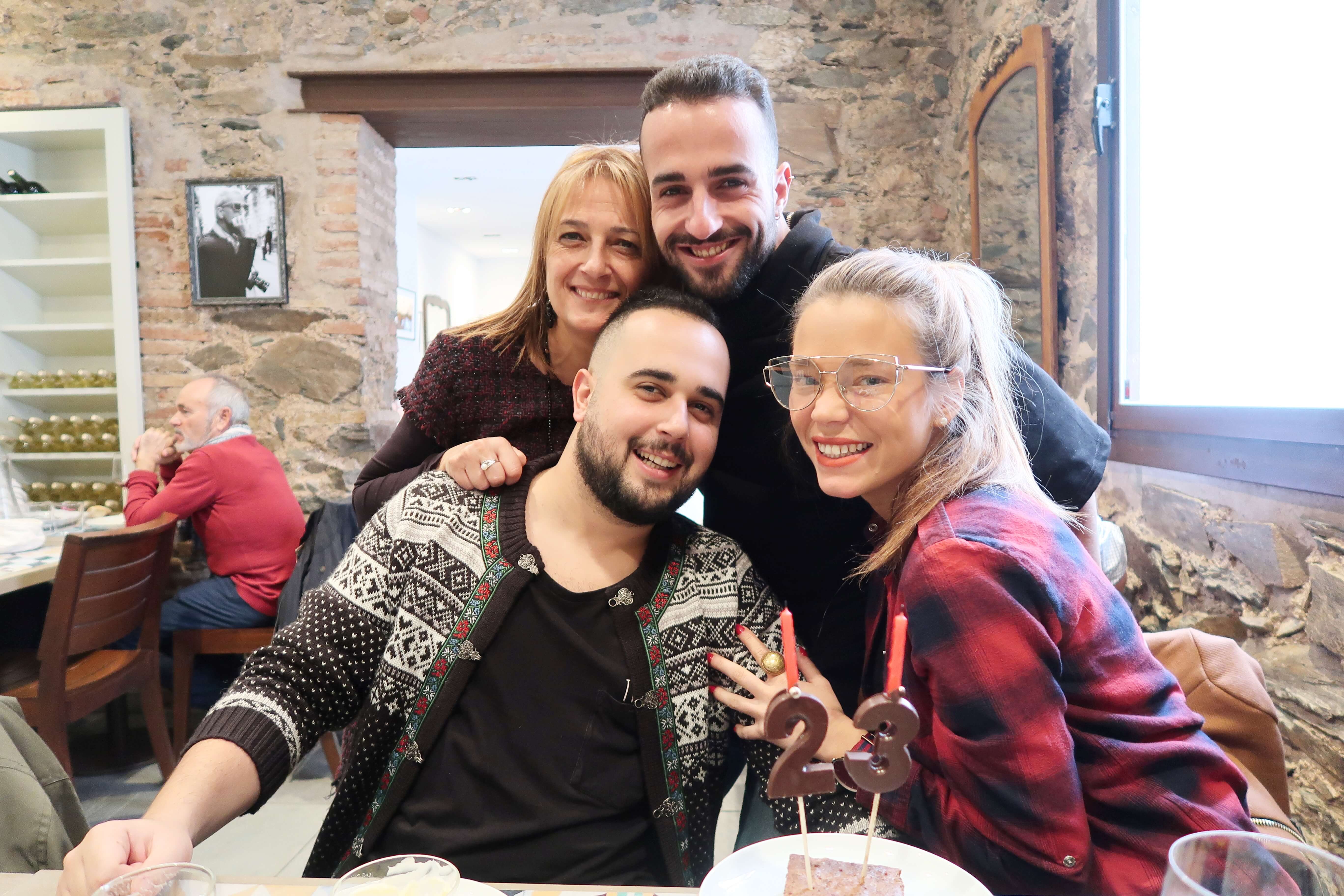 And an awesome Christmas dinner in the night, that we had set up for our small company (4 people in total) on the 22.12. It was in a restaurant called: Gatsby, in Barcelona, which is a restaurant with plenty of shows during the dinner. Highly recommended if someone is looking for a slightly different dinner / night. We had so much fun, and it all ended up with me live sending videos in Instagram at 8 in the morning…. Not the best idea, but I had some pretty good laughs the next day watching them. Unfortunately I do not trust myself that much with the camera and nights out, so I dont have any pictures from the night. I did though find this picture on Sutton Facebook page, where we went after Gatsby, it pretty much sums up the night haha. 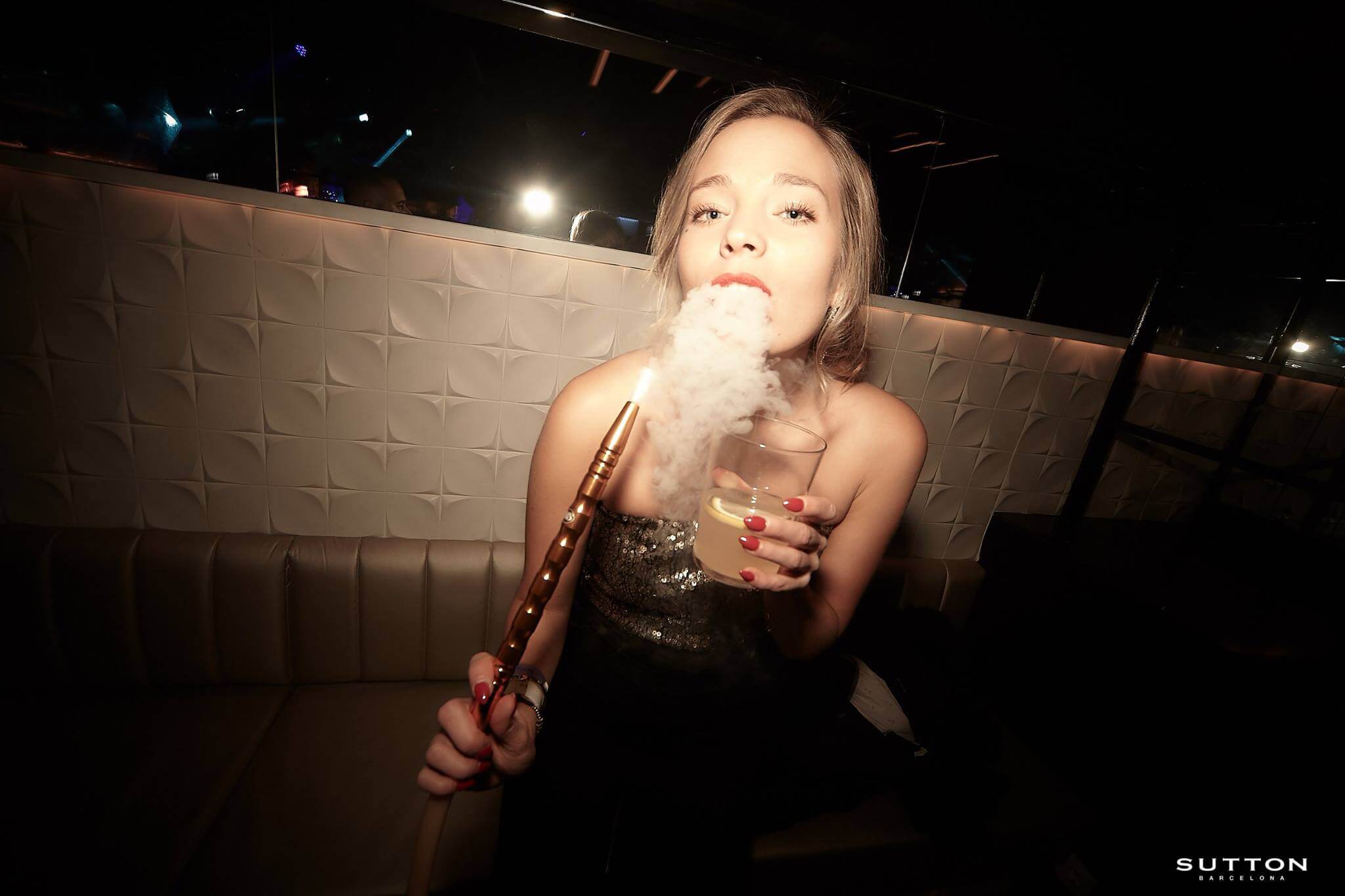 After our company Christmas dinner, I have spent all the Christmas days with Jammus family basically eating, drinking and having loud discussions, every day, until yesterday. It might not sound like the best Christmas celebrations ever, but trust me, Spanish families are something unreal, I don’t think I have laughed so much for a long time. Although I of course miss my family and friends in Finland, I have to say I really enjoyed the Christmas this year. 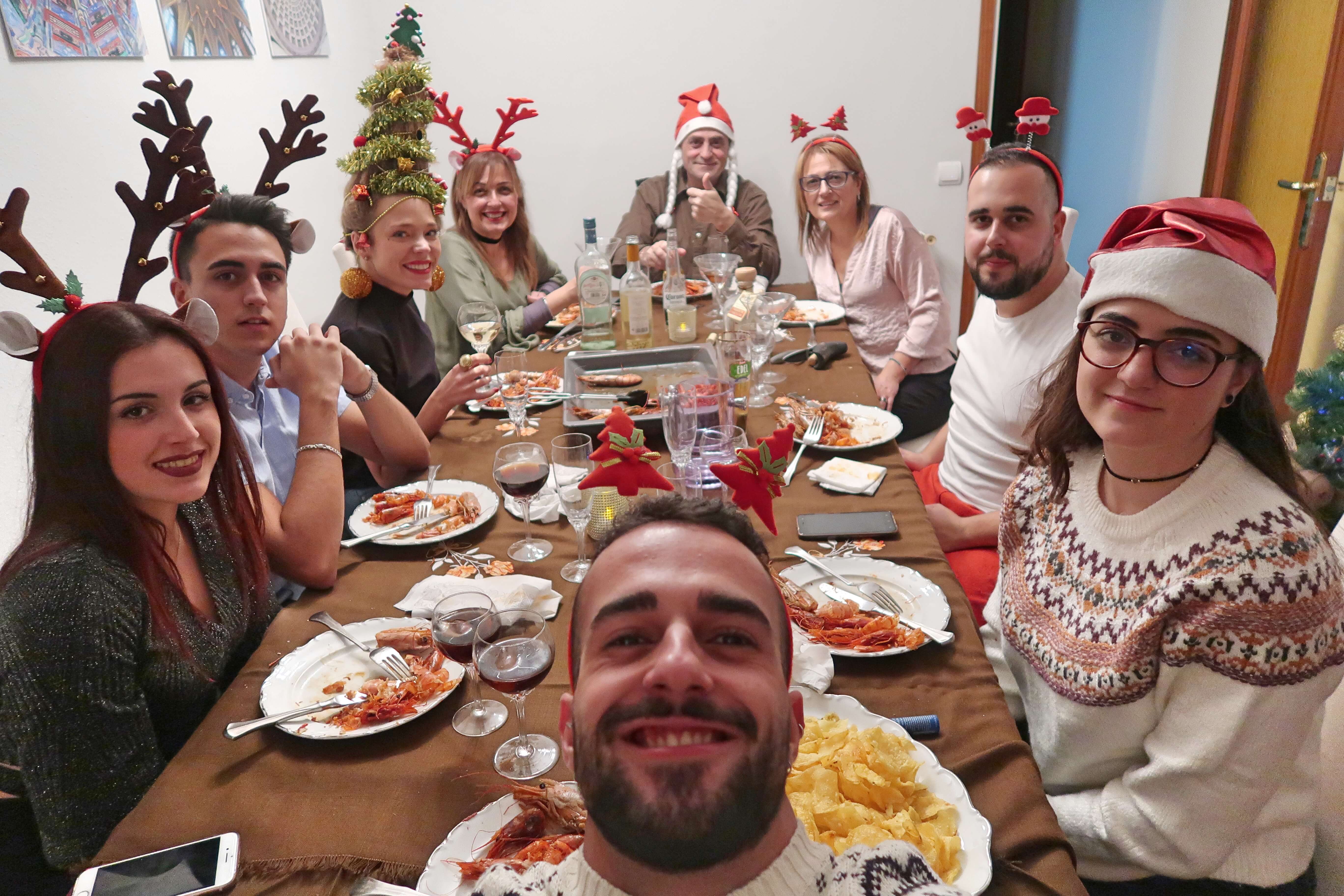 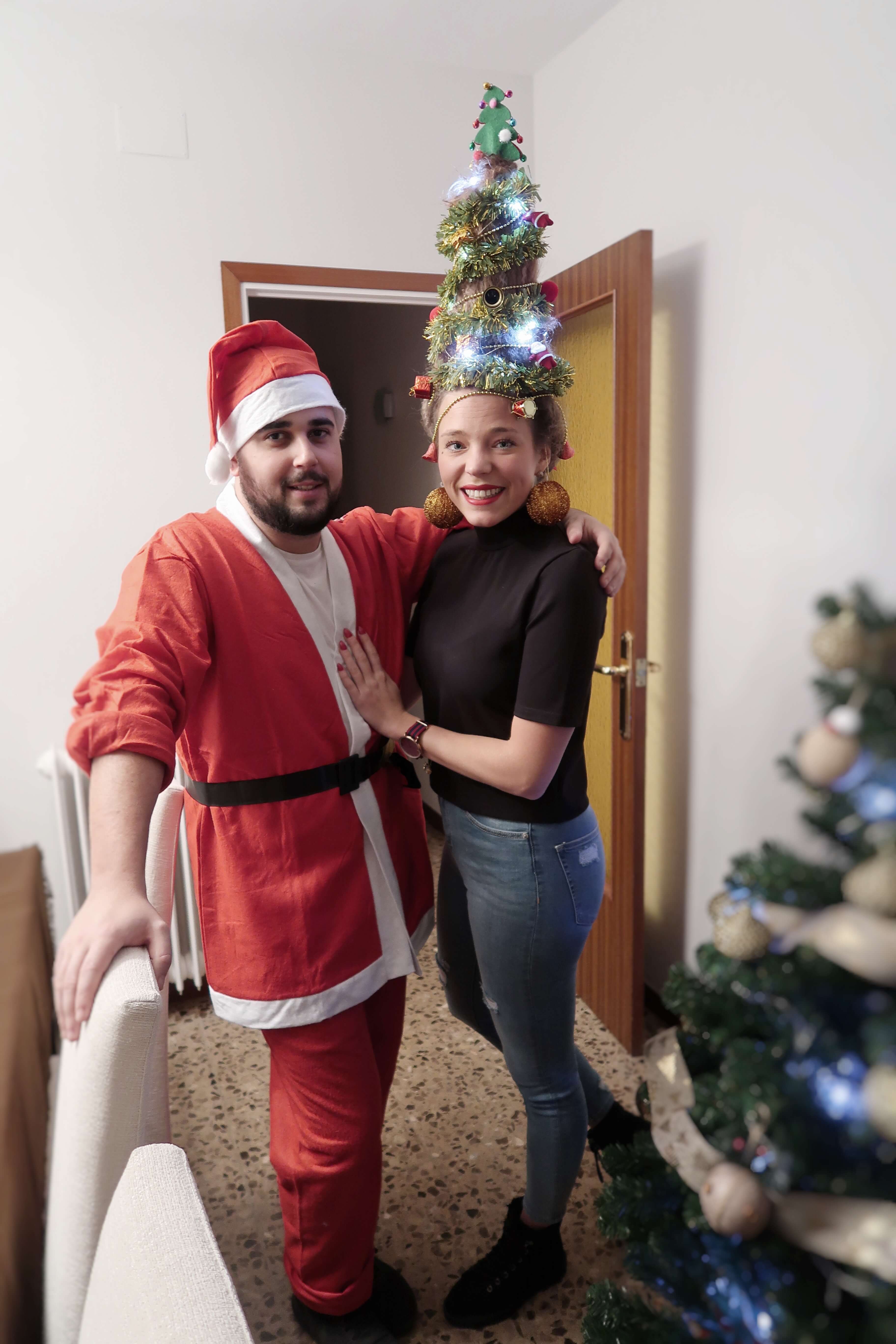 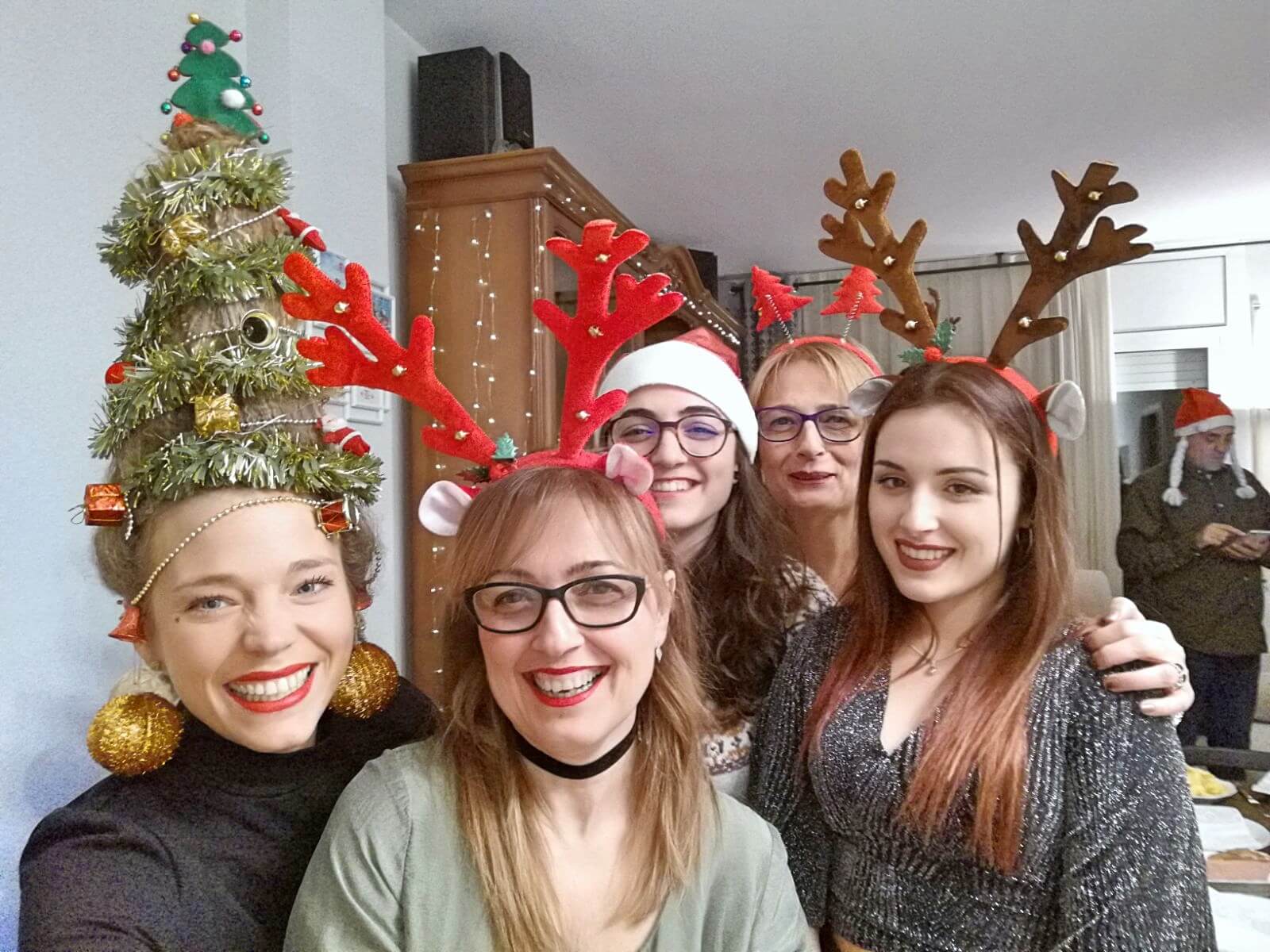 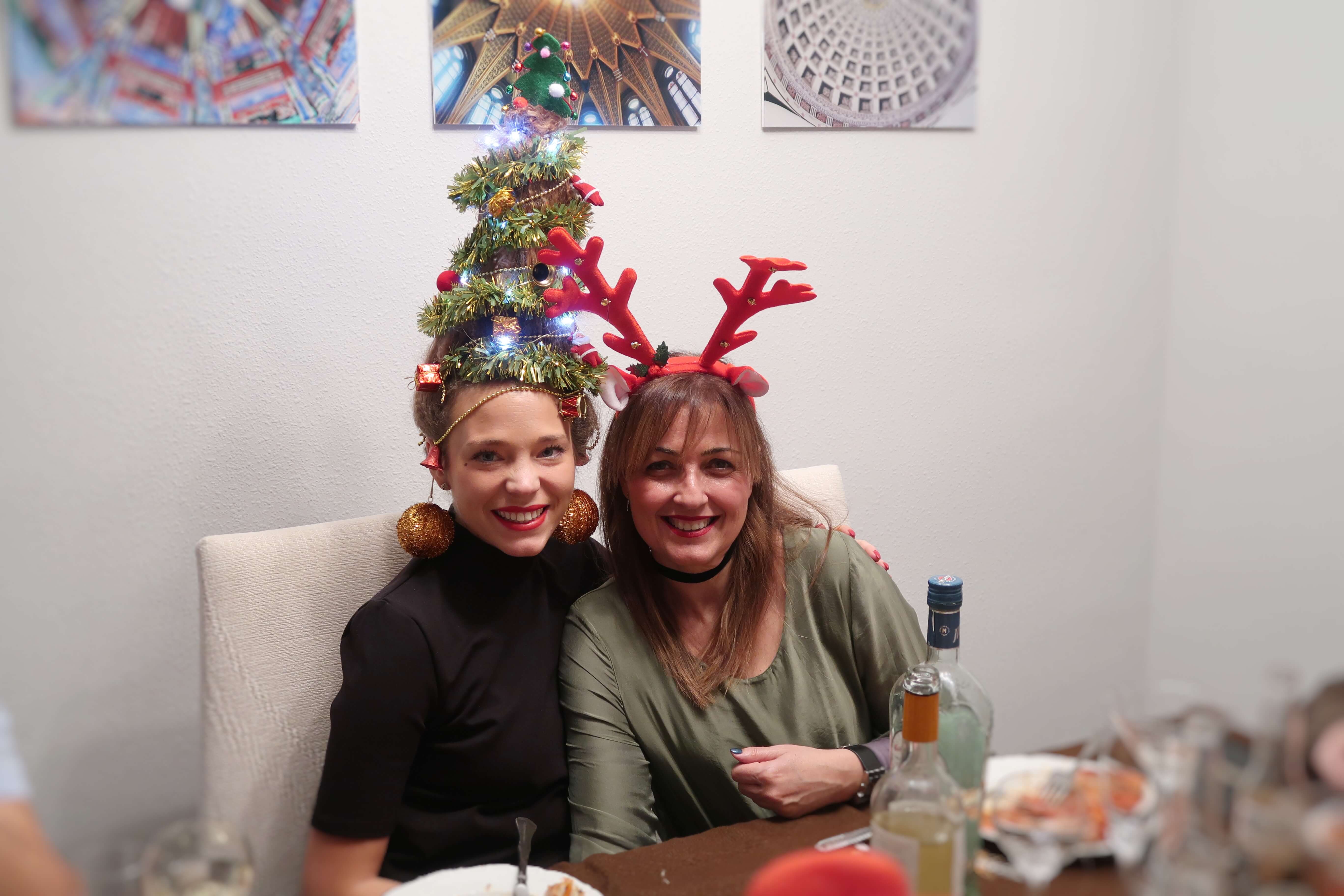 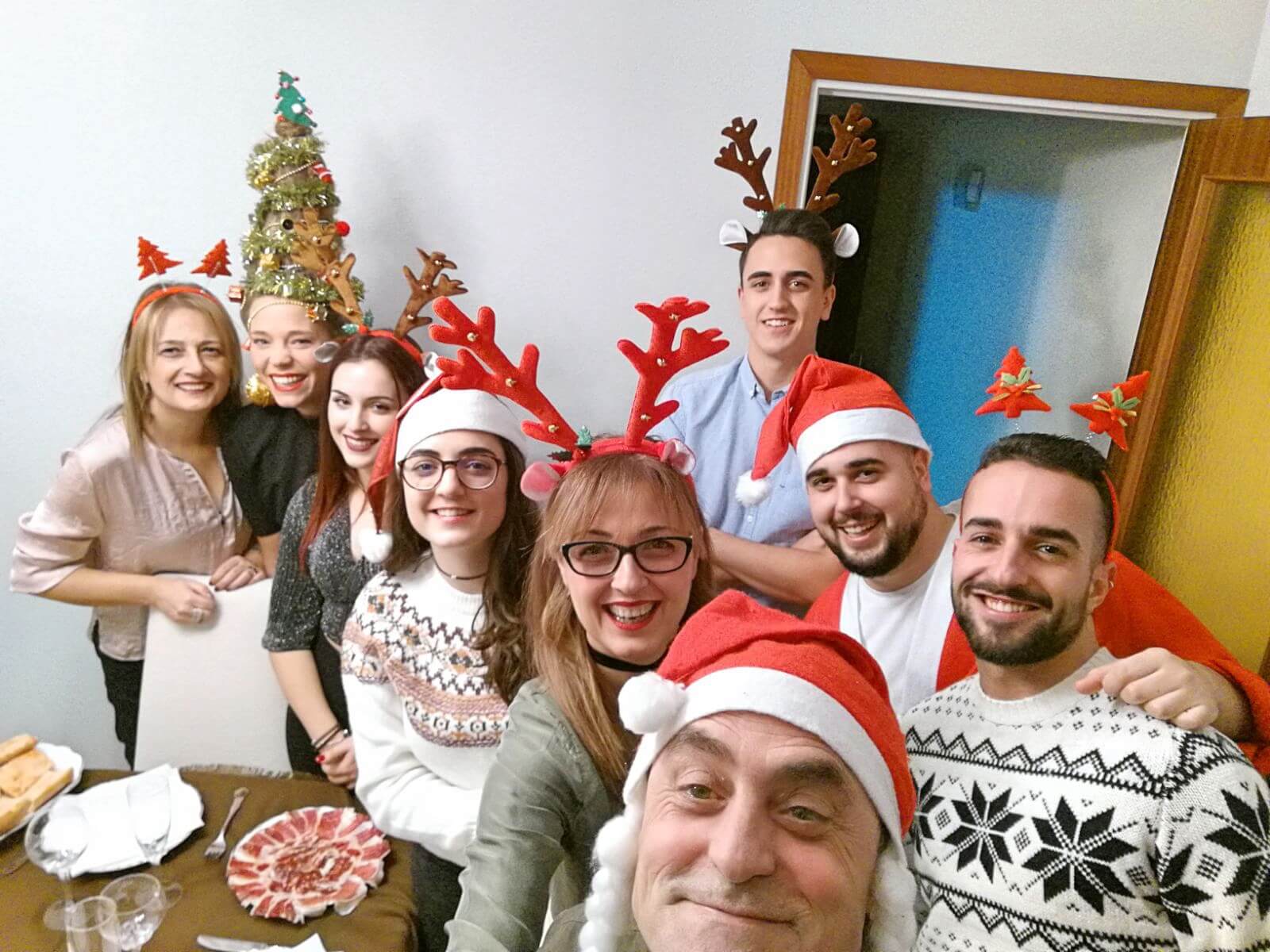 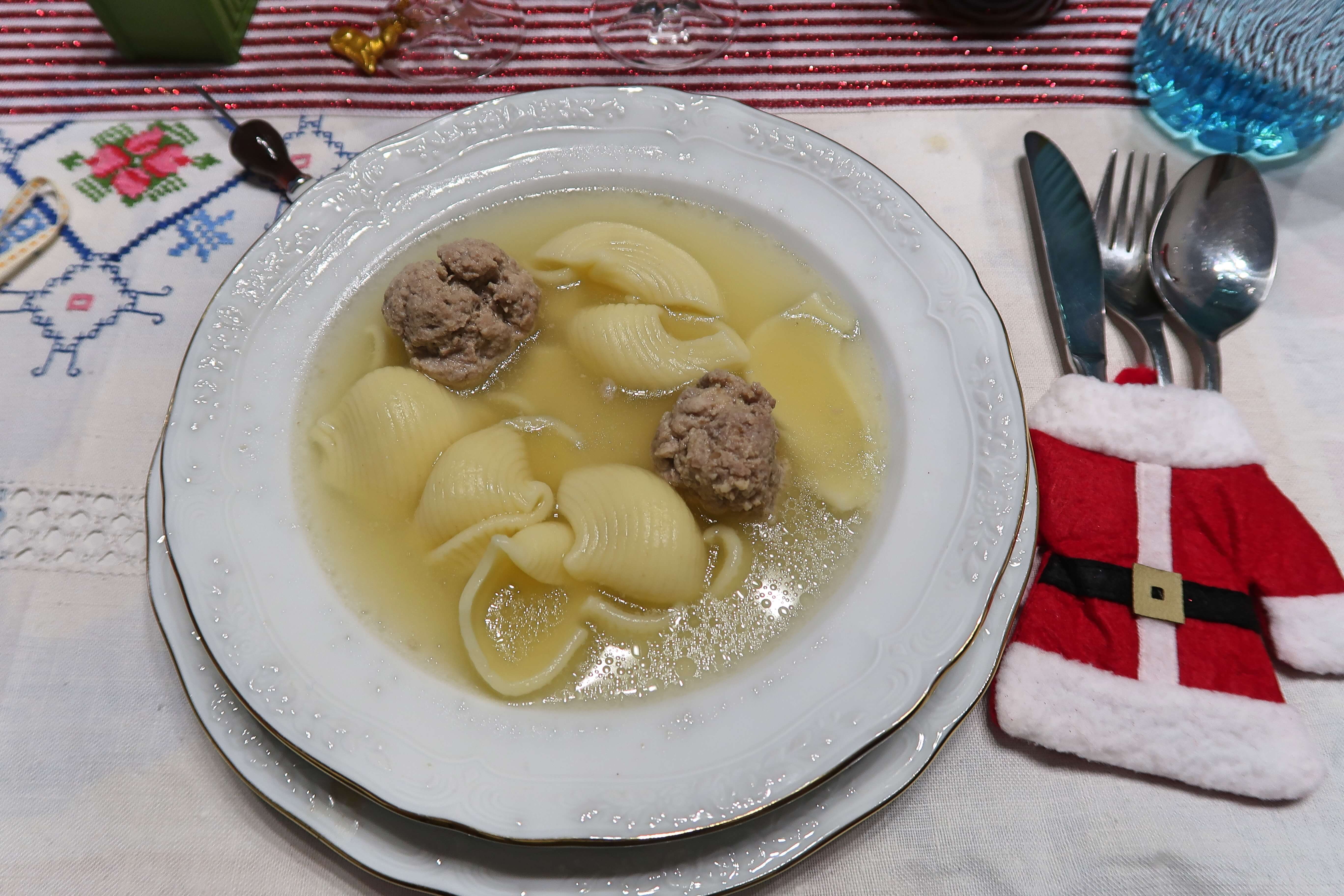 Also, I want to comment another thing – DID YOU CHECK OUT MY AWESOME CHRISTMAS THREE HAIR? I actually went out partying with that hair after the dinner party. I got some pretty weird looks, but I am sure most of the people had a good laugh when they saw me. At 6 in the morning it was not that straight though, I think it also got a bit drunk during the night.

It all started out as a joke, I wanted to do it after I saw it on Instagram, but I never thought that it was possible to do with my hair – and look how it ended up! I had to practice few times though, I put the before picture as a reference so you don’t think I got it on the first try hahaha. It’s in the end actually pretty easy, you put a plastic bottle in the middle of your hair, wrap your hair around the top and then just add the Christmas decorations! I can make a separate blogpost with the explanations + better photos if someone is interested. I mean, who would not like to have that hair next year?? 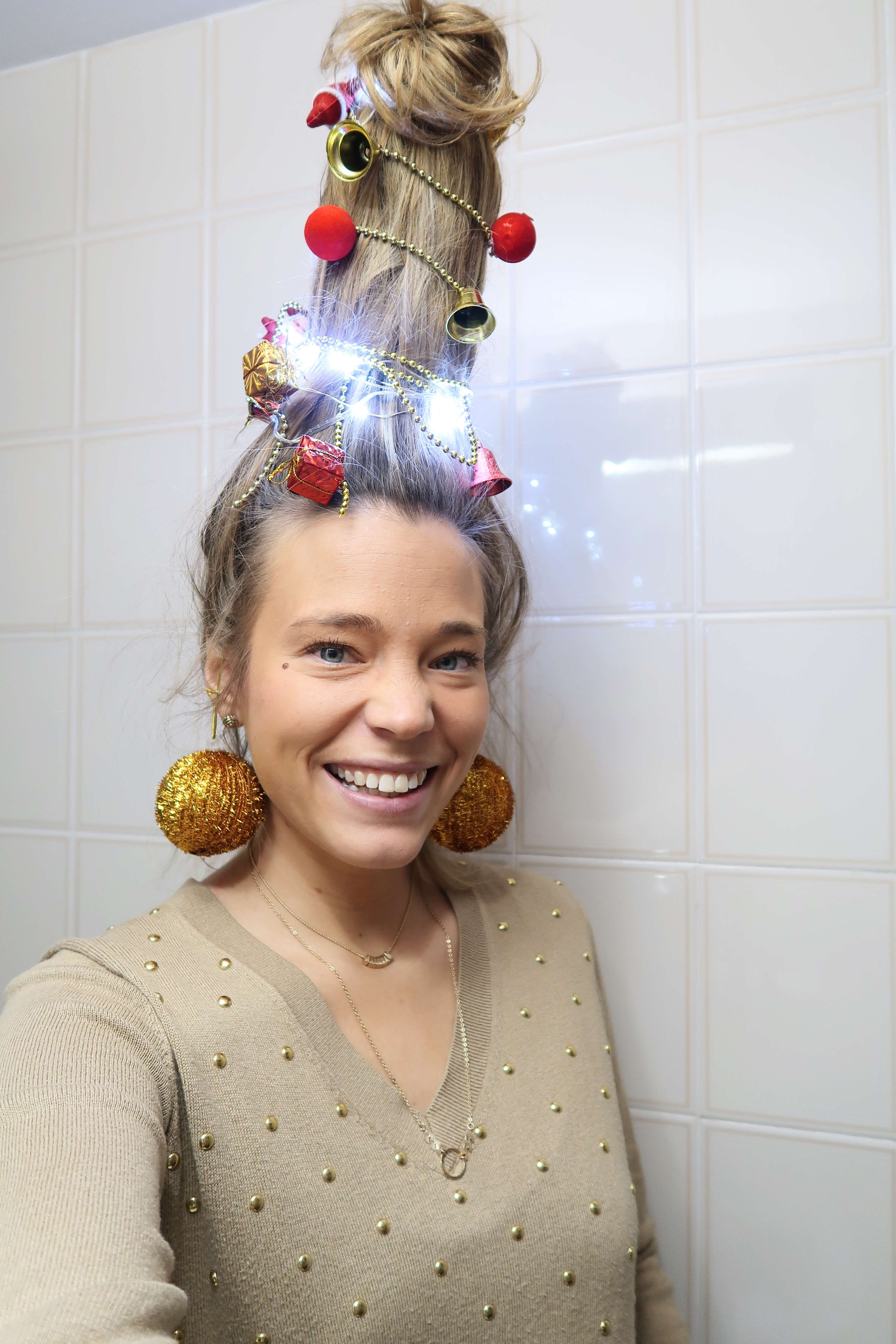 NEXT TRY (AFTER PICTURE) 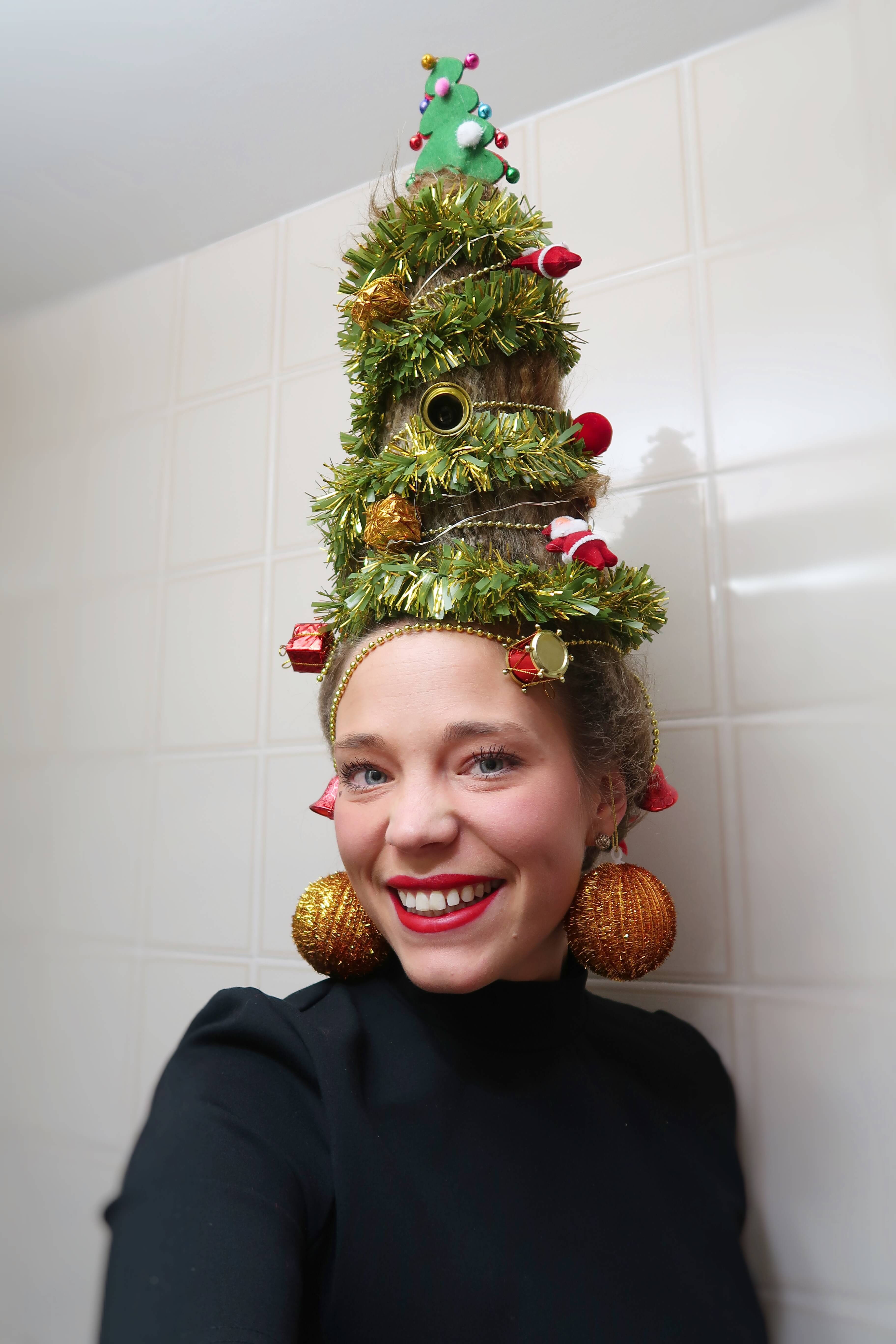 Now I am trying to get better after getting this annoying flu… I hope I will recover before new year eve, since we are planning a night out with our friends from Andorra.

Hope you all had a lovely Christmas, and I wish you all a very happy new year 2018!