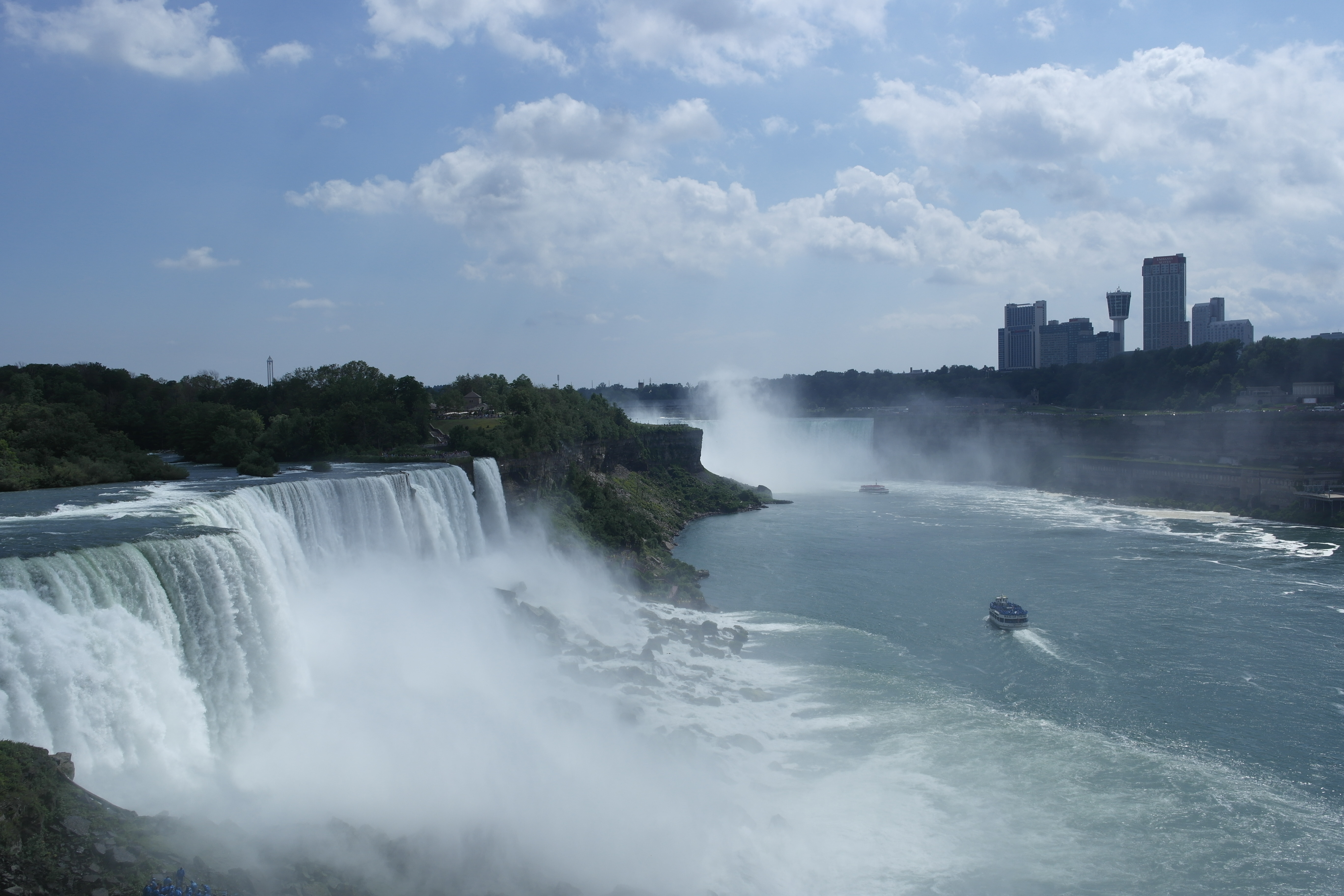 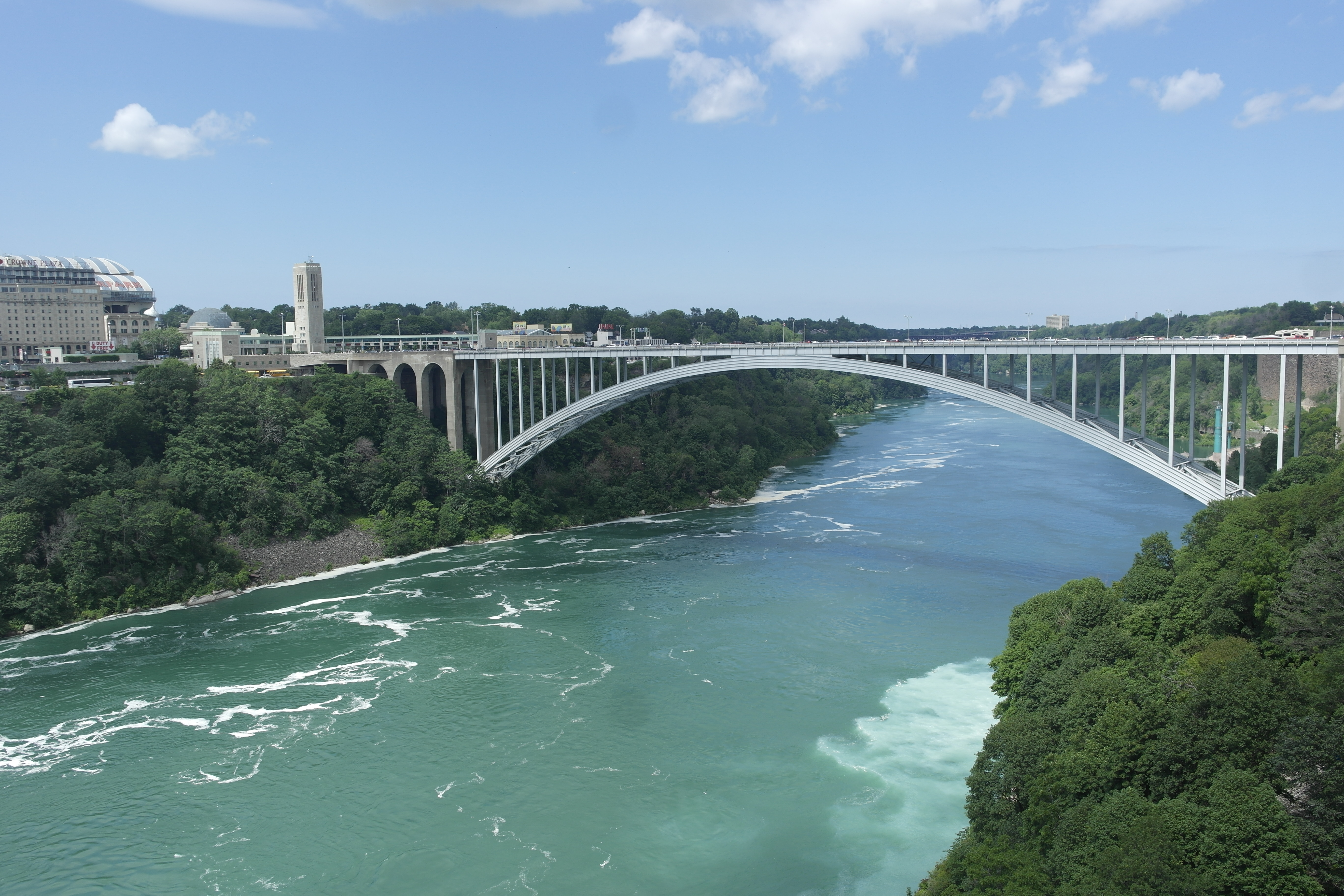 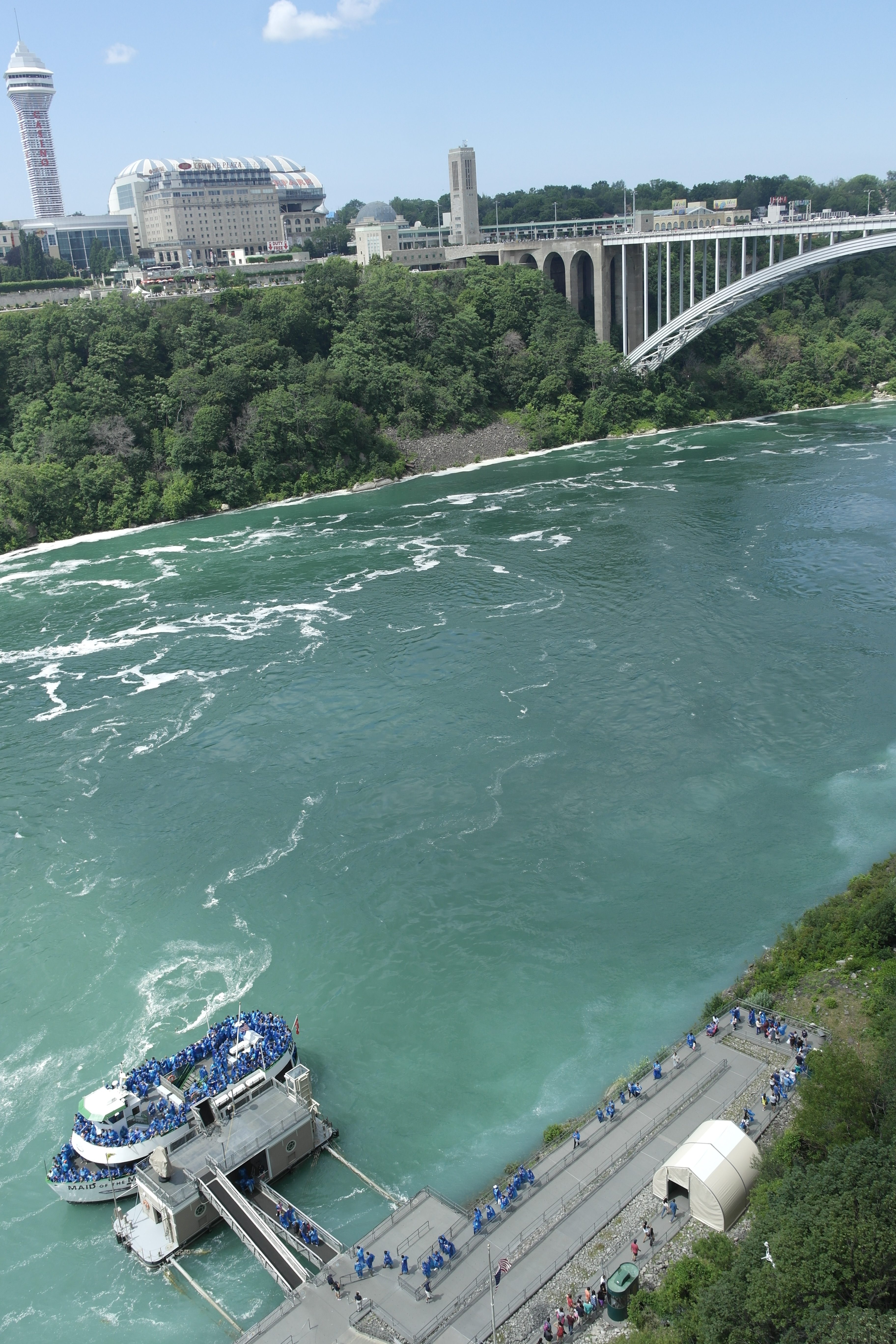 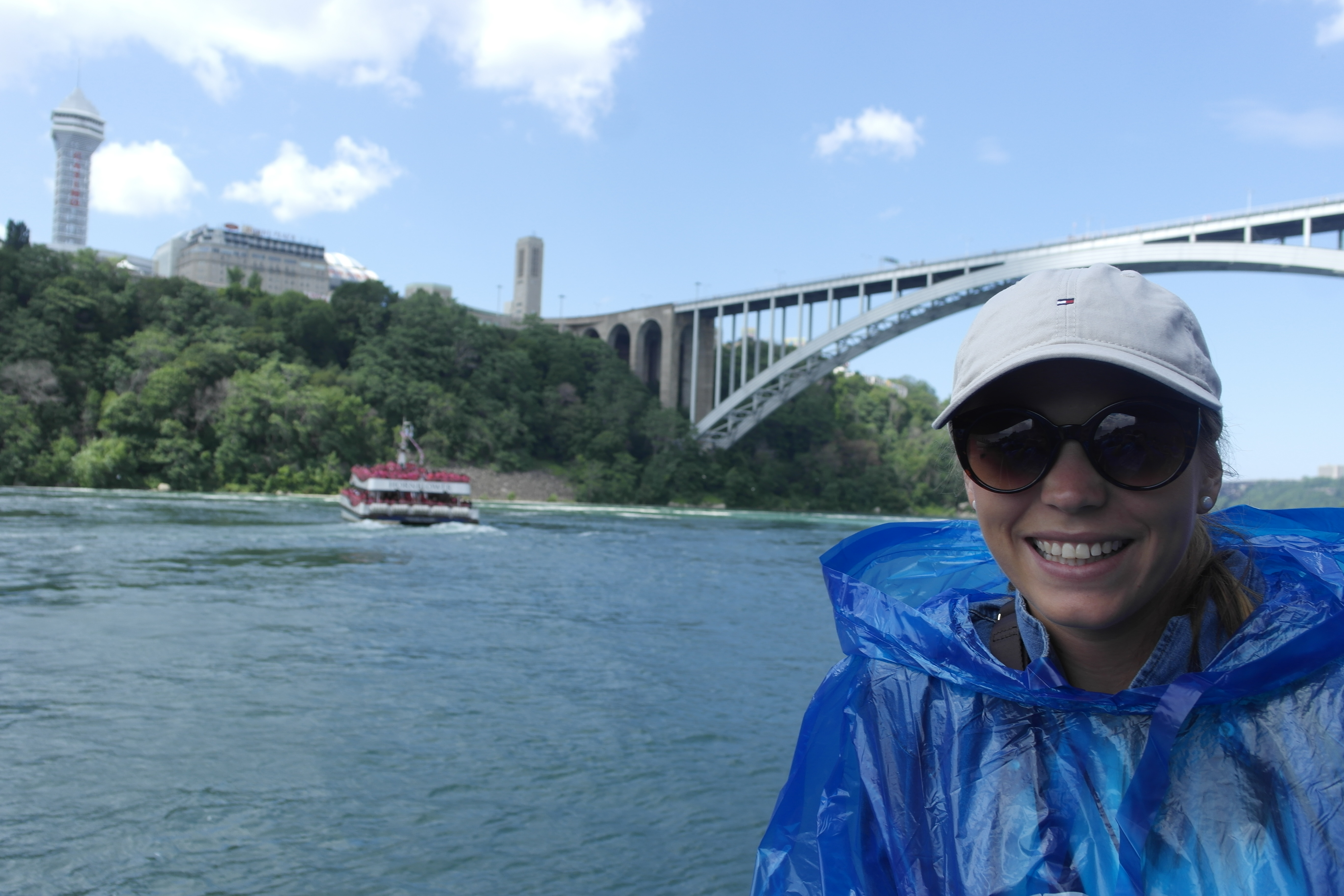 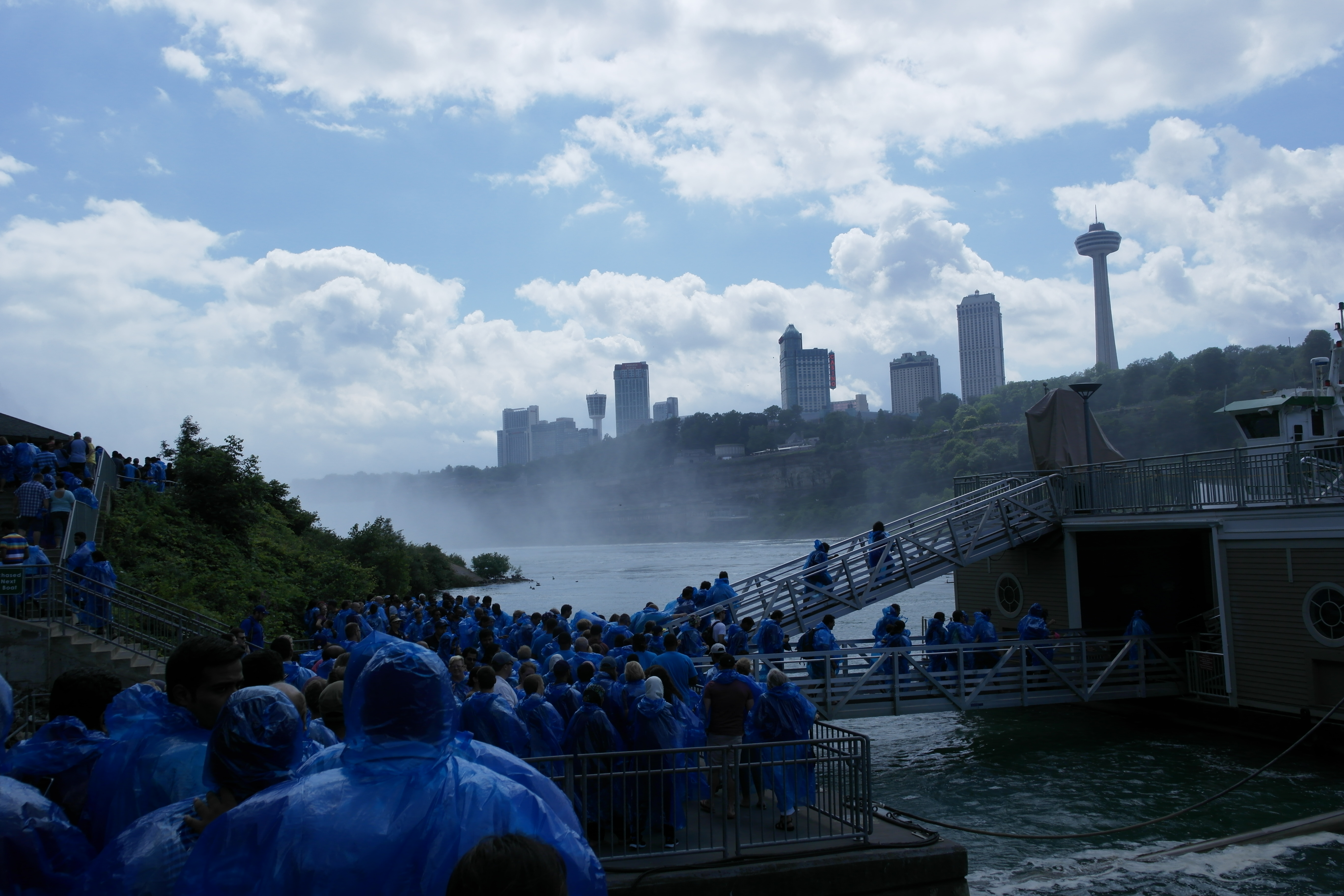 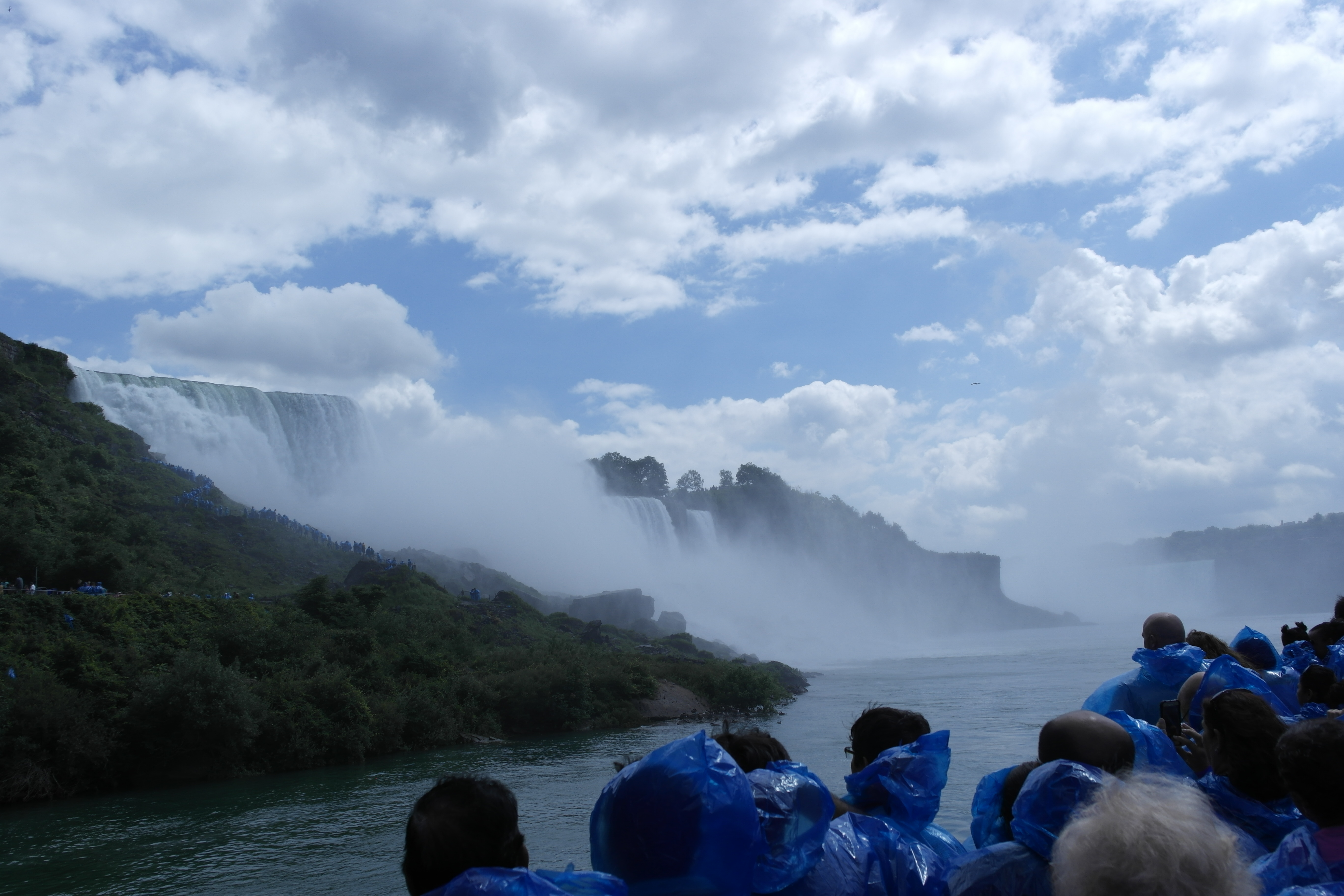 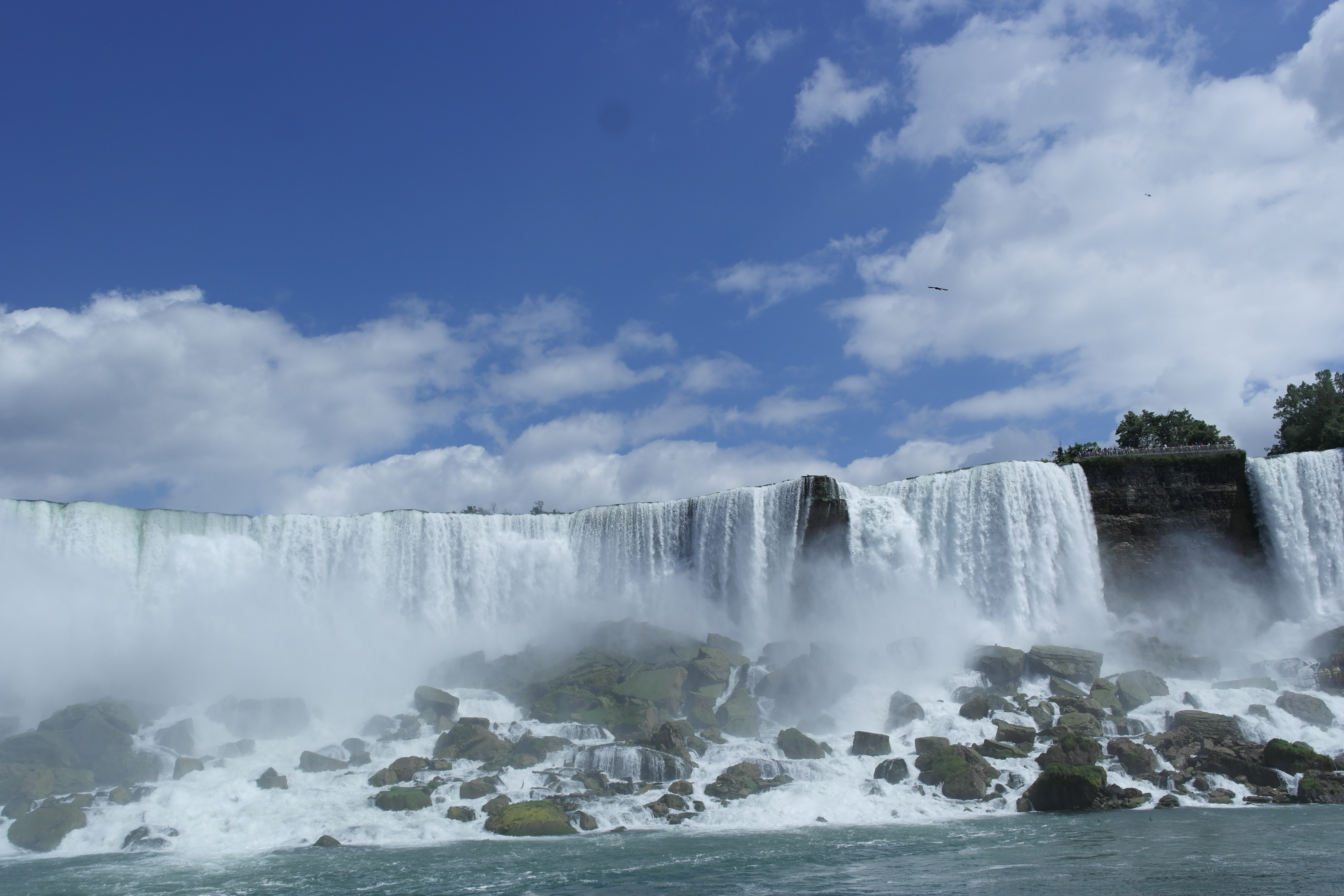 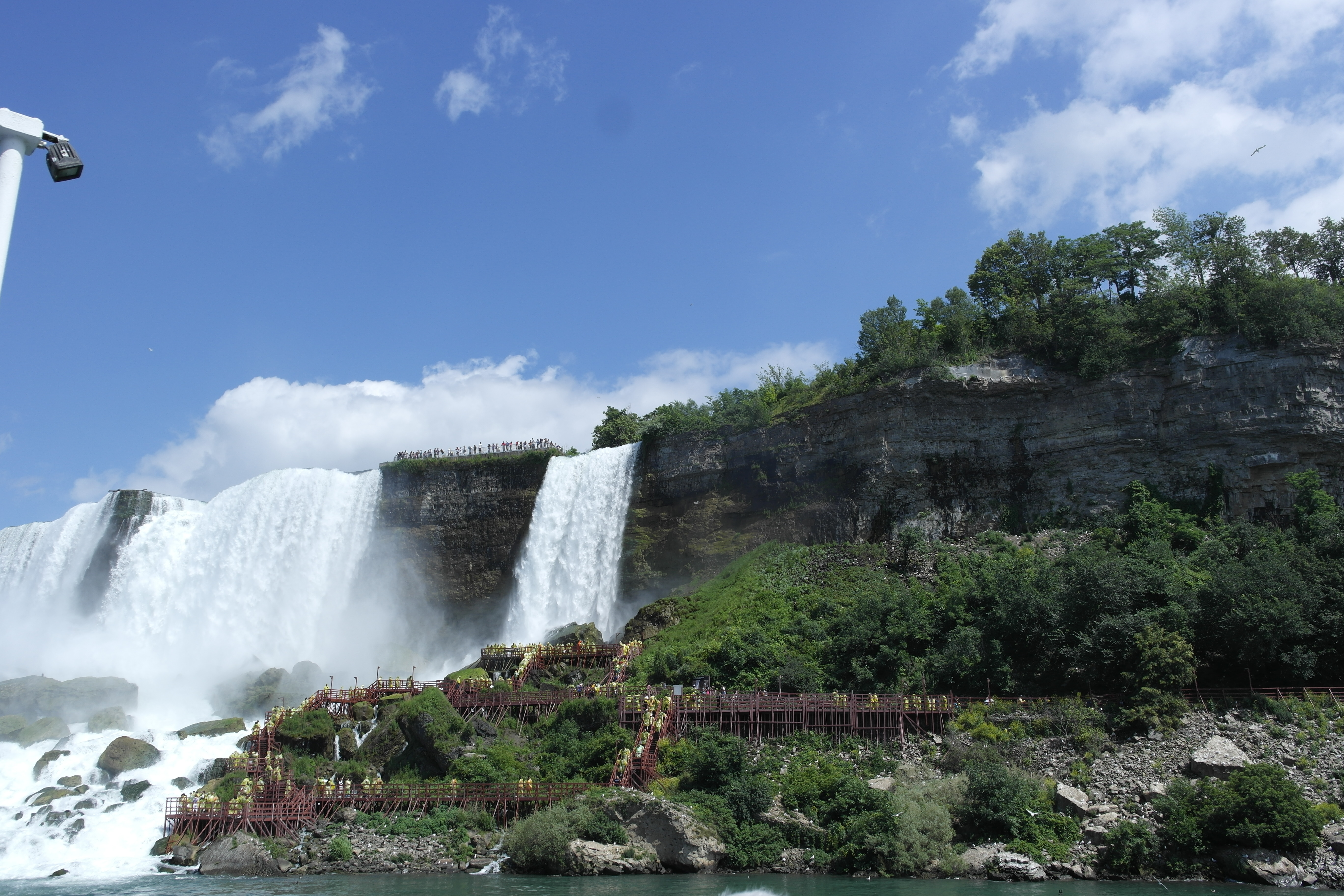 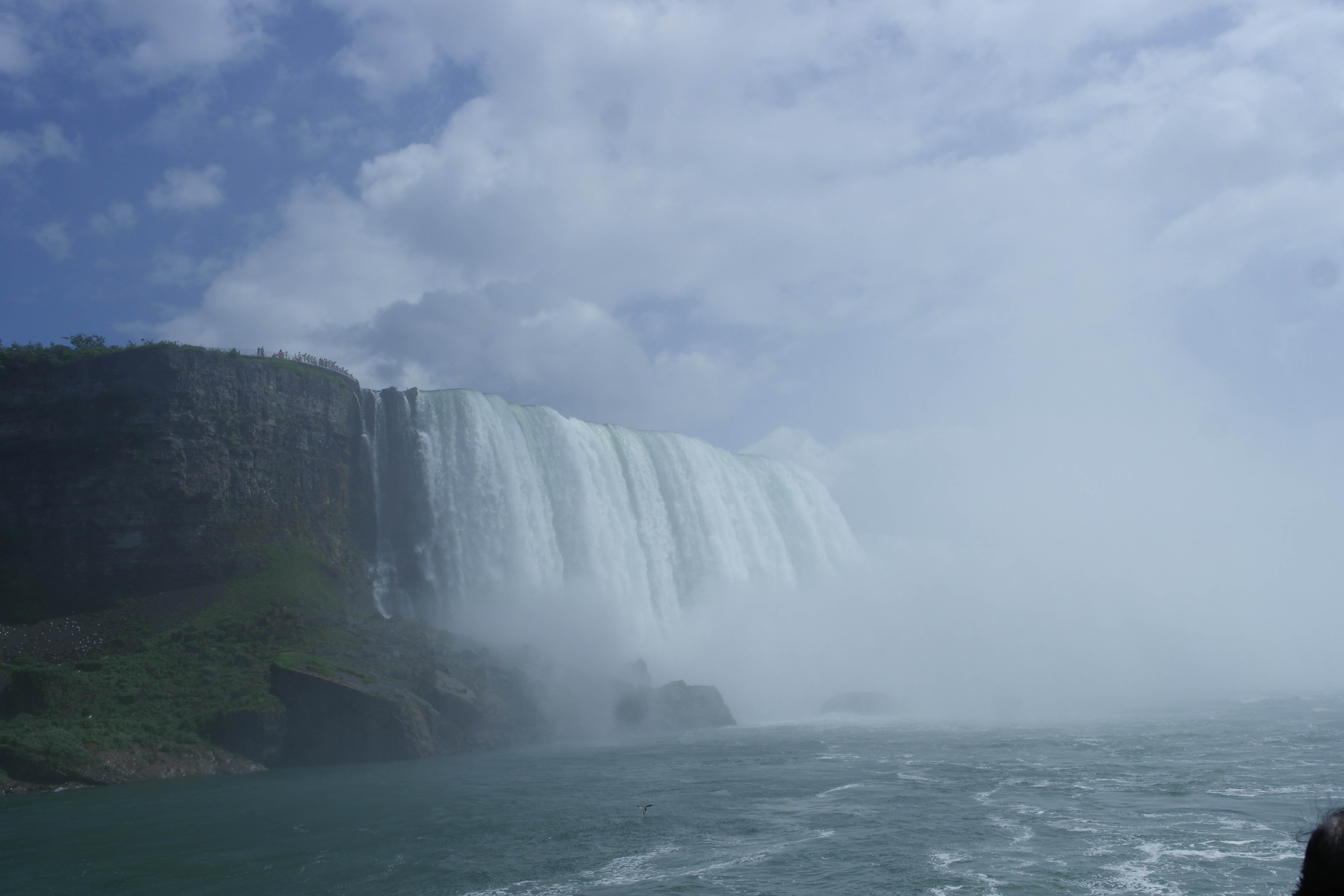 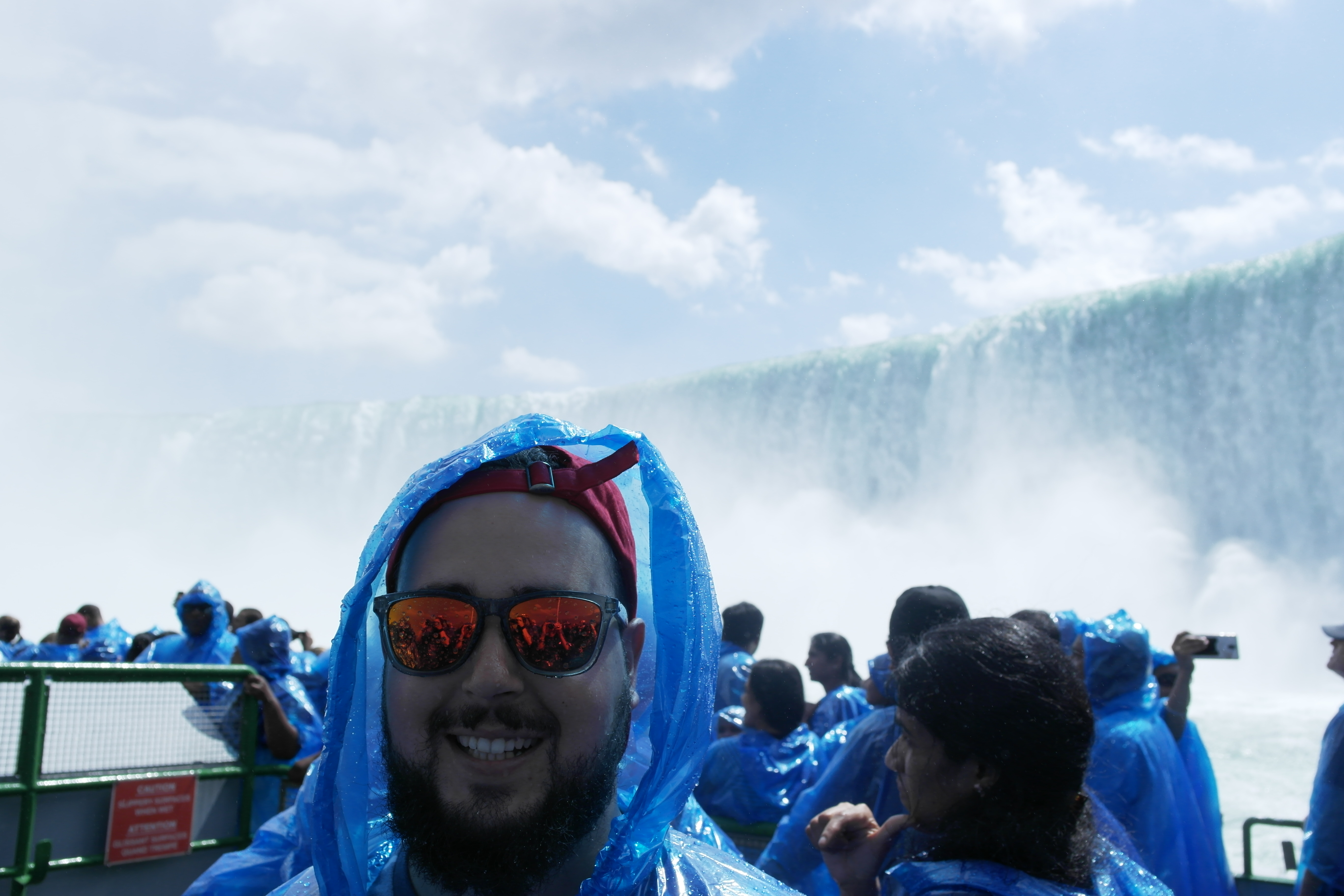 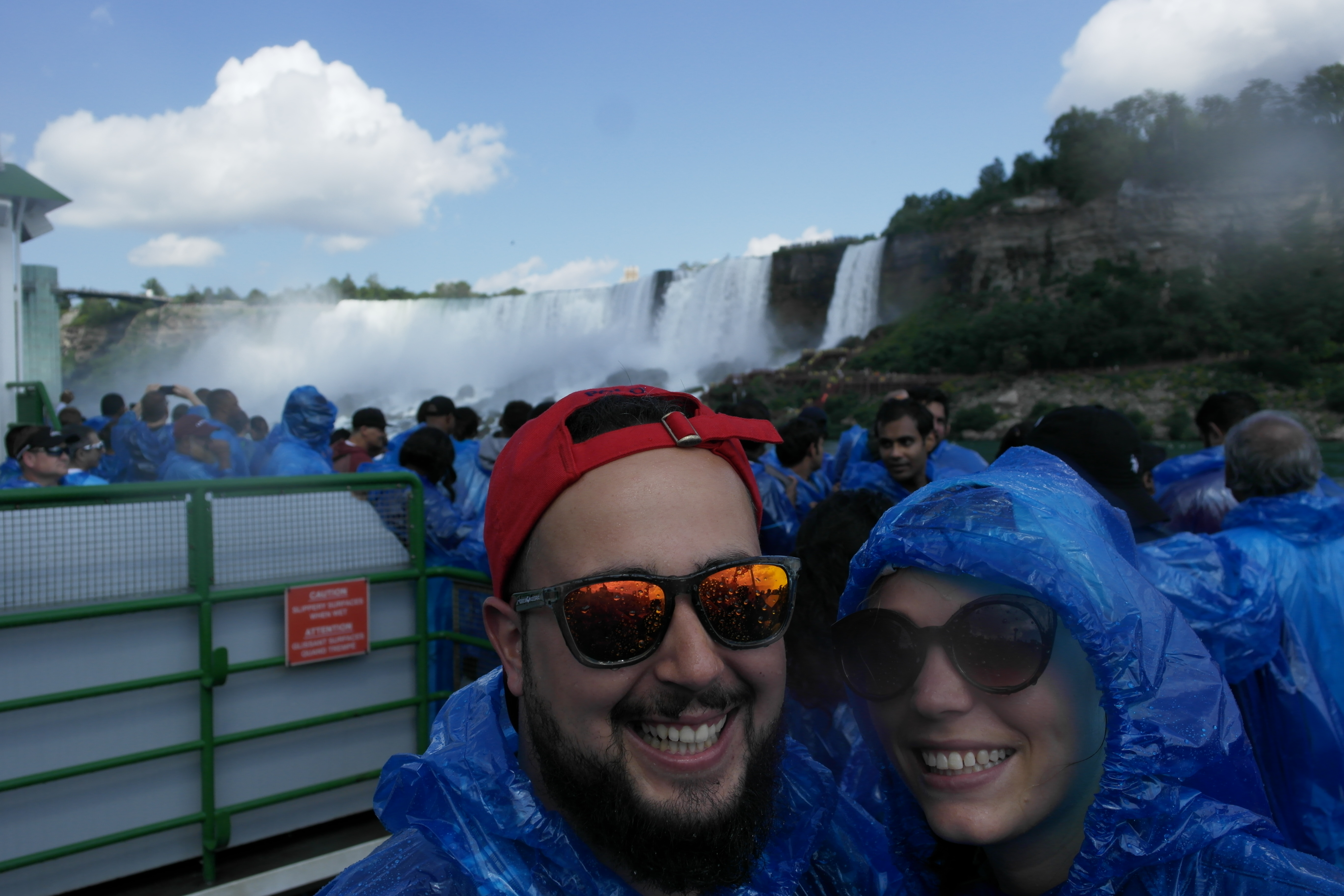 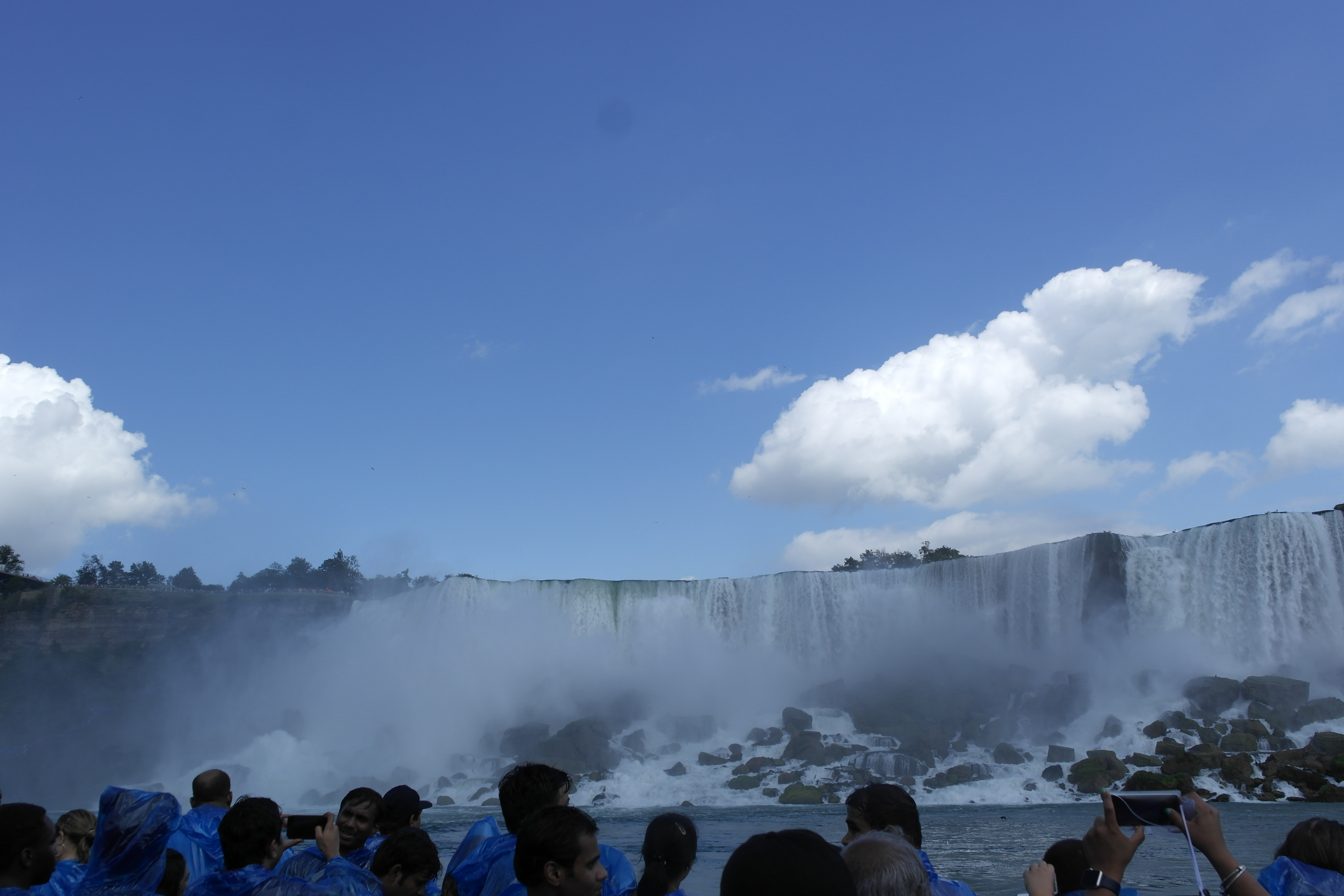 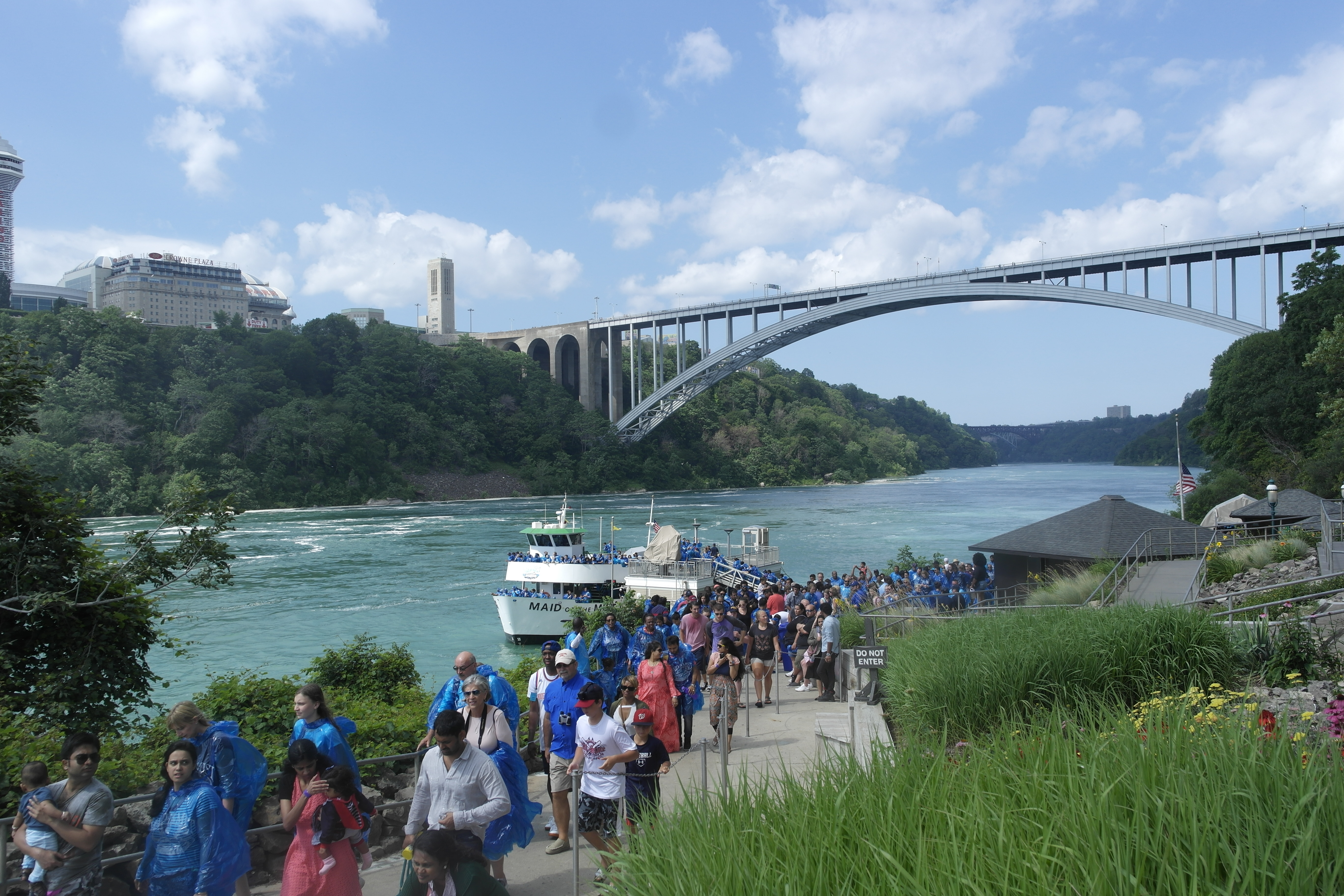 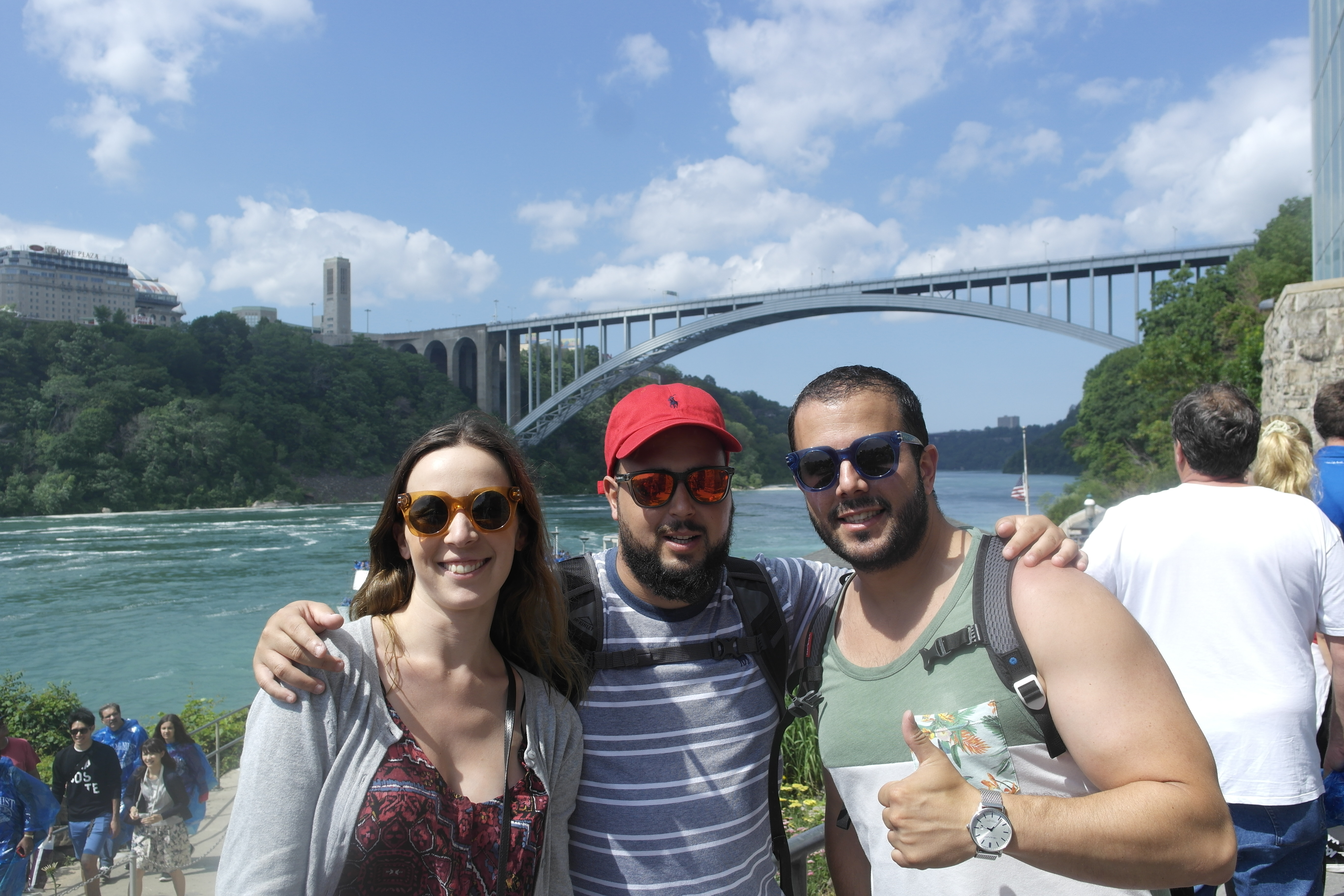 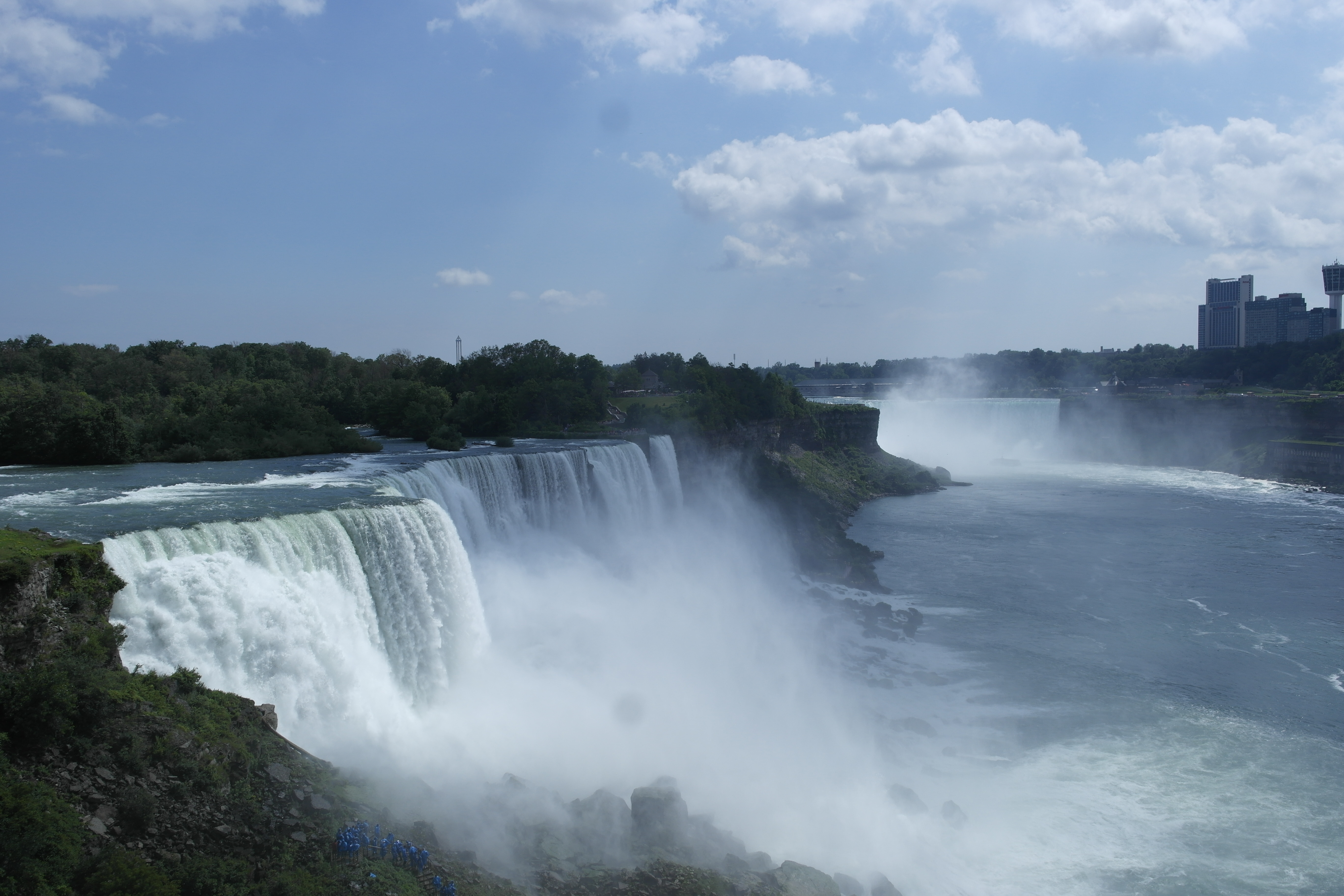 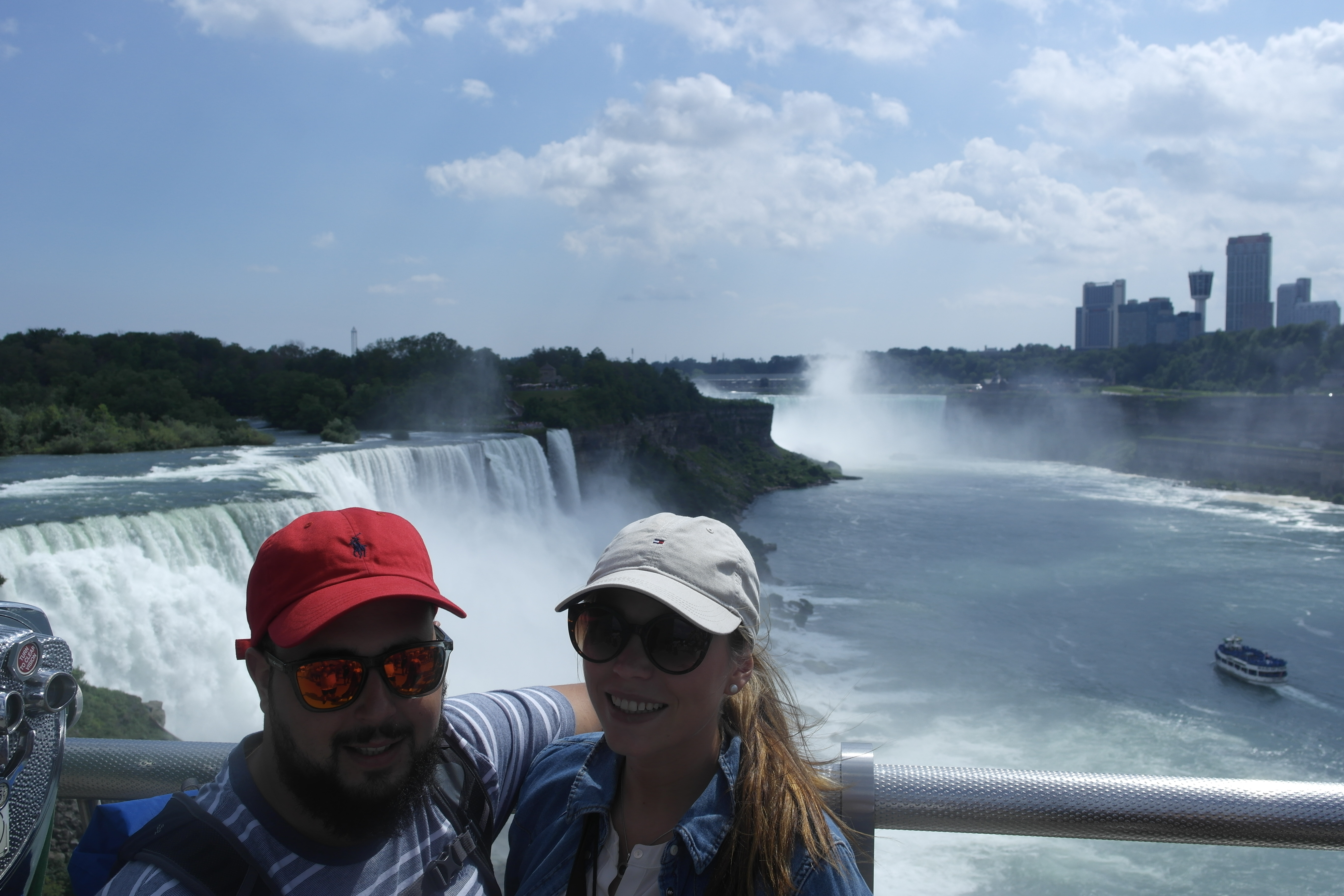 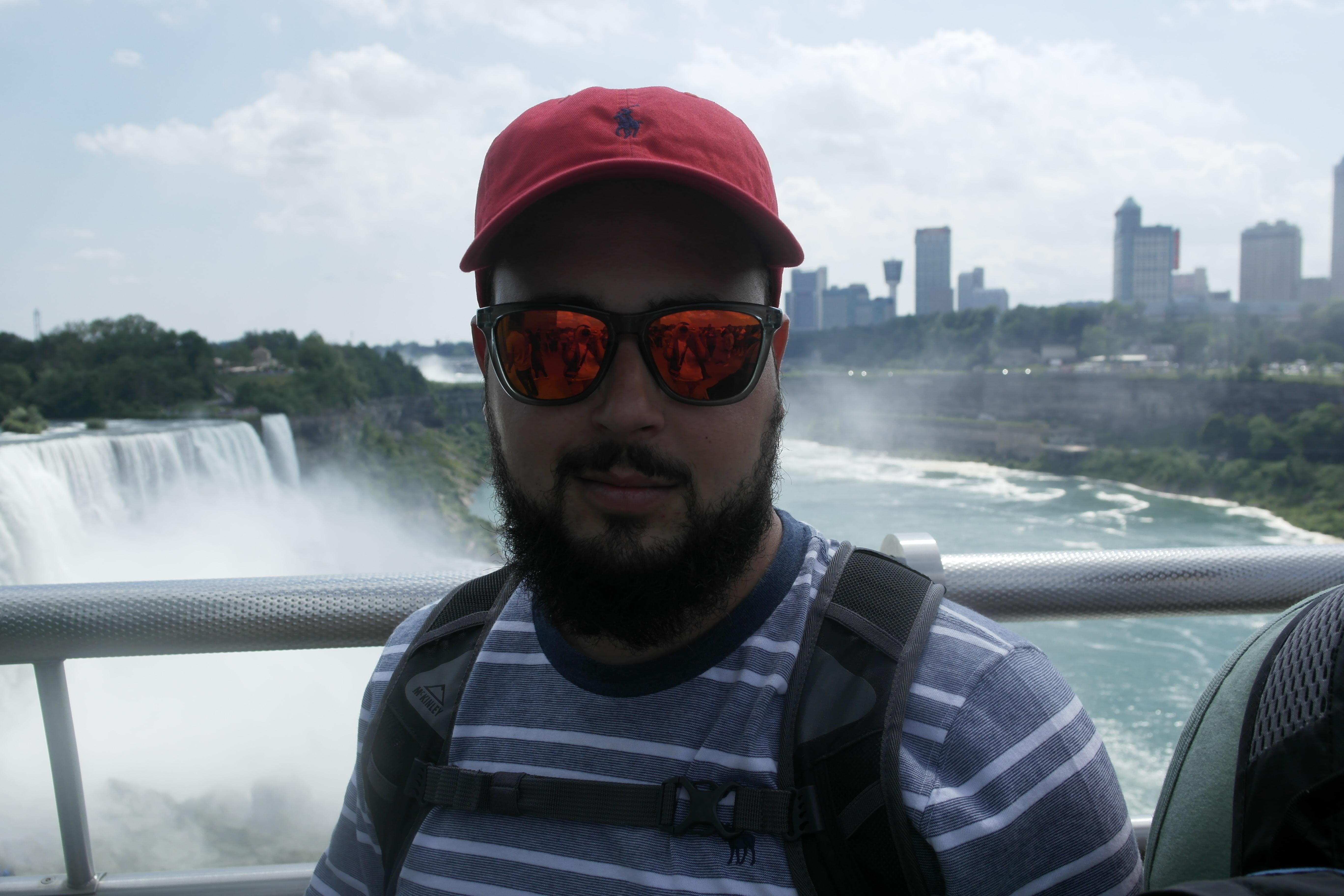 So, we have actually already drove all the way from Chicago to Niagara Falls, and from there to a small town in the middle of nowhere called Philipsburg, in Pennsylvania, already.

Yesterday early in the morning we left from Chicago. We did a quick round in the Chinatown area of Chicago, it looked a bit like a small town of China, but in the suburb of Chicago. After Chinatown we started driving to Niagara Falls, which in the border of Canada and USA. It was too long drive to do in one day so we stopped to sleep in Cleveland. Surprisingly our hotel was next to an outlet, so we made a bit of shopping also. Today we left from Cleveland to Niagara Falls. We actually wanted to enter from the Canadian part, but our car is full of stuff so we didn’t want to take the risk that we get stopped and checked in the border for many hours.

Niagara Falls have two entrances, one from Canada, and one from the USA part. The best views are from the Canadian part, but if you take a boat trip, like we did, you basically see the waterfalls from the same point. It was a nice boat tour, although it was packed with people. The views are stunning from underneath the waterfalls, so you don’t mind the crowd that much in the end.

We decided to drive to Niagara Falls just because it’s so famous, and actually, it was very impressive with the boat. Although there was waaaaaaay too many people, you can even see it on the pictures, we were so packed on the boat that is was difficult to move. I would recommend the waterfalls, if you happen to be close by, otherwise, in my opinion, there is way cooler places to visit, with way less people in the way.

After Niagara Falls, we headed south, since we want to arrive to Washington DC tomorrow, just to have a quick tour, where after we will (hopefully) finally arrive to New York. We’re now in a small town in a middle of the route, there is a beautiful natural park next to, so we might go and check it out tomorrow before leaving to Washington. We’re staying in a pretty shady motel in outside of the town, but at least there is beds and showers hahahah.

Now it’s time to get some rest again, goodnight folks!