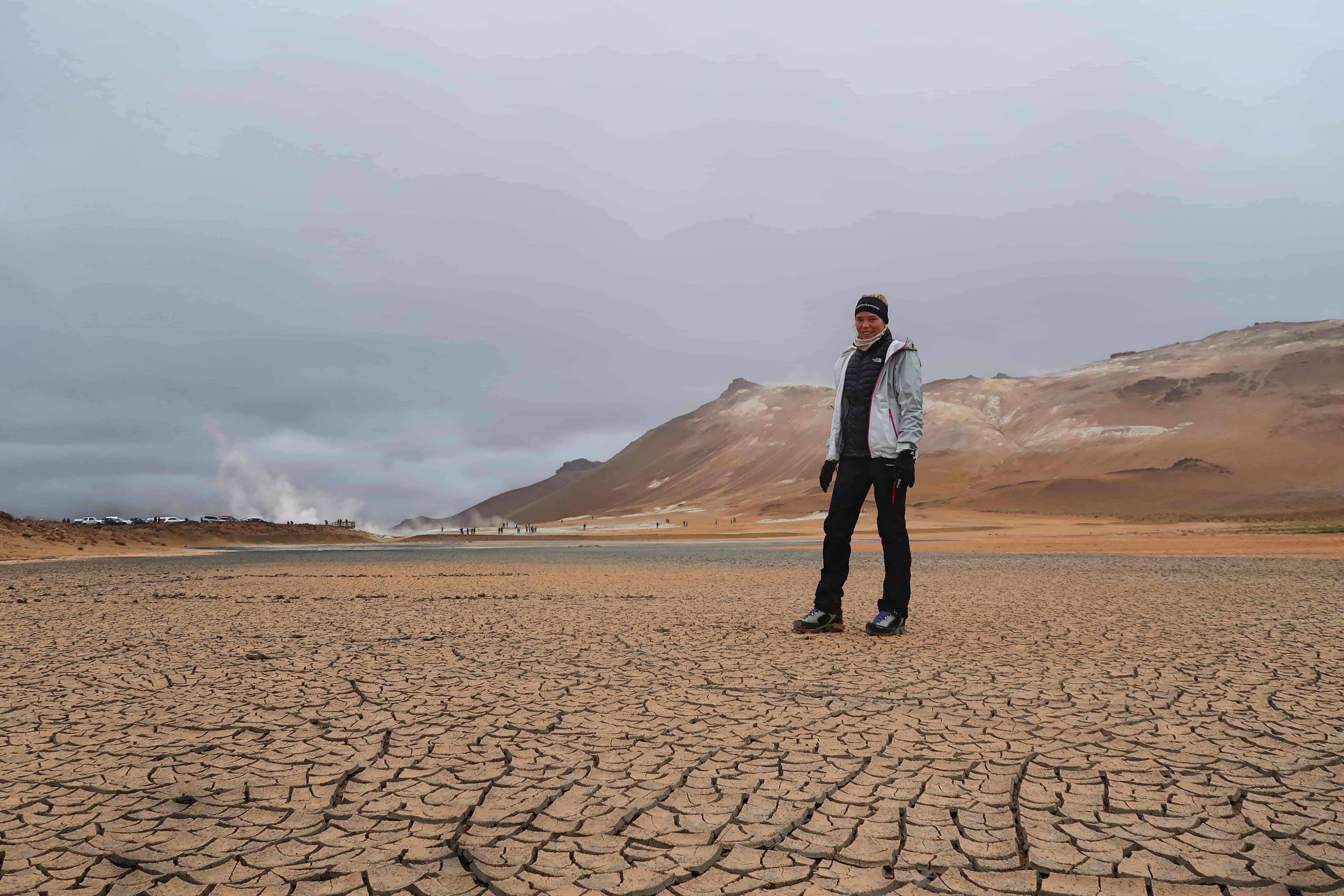 North Iceland is one of my favorite parts in Iceland, the surroundings around the Myvatn lake are just spectacular. Every km while driving around the lake the nature changes.

Before arriving to Myvatn lake we stopped by a famous waterfall: Goðafoss, which was pretty impressive, smaller than the one in Golden Circle, but I would say it was more beautiful.

The waterfall is a bit before you arrive to Myvatn lake so don´t miss it if you´re driving in the North Iceland.

First stop in the trip around Myvatn was the trolls and a cute little forest. If you searched enough, you could find some trolls hiding in the forest. A forest itself doesn´t sound that exciting for many, especially for me since I´m from Finland. I mean, forest… that´s the only thing that basically covers all the country haha. Anyways, it´s not maybe the forest itself that it so exciting, I would say it´s the changes in the nature. By continuing driving few kilometers more, you will arrive to lava fields, weird lava formations and a volcano. From super green surroundings to basically just black lava in few kilometers. And that´s not all, by continuing a bit more, you will arrive to the geothermal areas, where you will see red – orange colored mountains.

Before we headed to the geothermal area we stopped by a restaurant called Vogafjos Cowshed Café, where you will literally be eating in a cowshed, next to the cows. Very tasty local food and drinks.

The geothermal area in the North Iceland is way more impressive than the one you will see in Golden Circle. Iceland is so weird, it felt like you were on another planet while walking around next to bubbling mud holes and smelly smoke / steam. Very cool place, one of my favorite spots during the trip.

We also stopped by the Viti crater and the Myvatn nature baths, that is basically the same as Blue Lagoon, but smaller.

To drive all the way to Myvatn from Reykjavik takes around 4-5 hours, so it was necessary to sleep one night in the North. We stayed in a hotel / hostel typed room in Akyreyri, which is a small town with some nice wall paintings, and ofc, some more colorful tree houses. 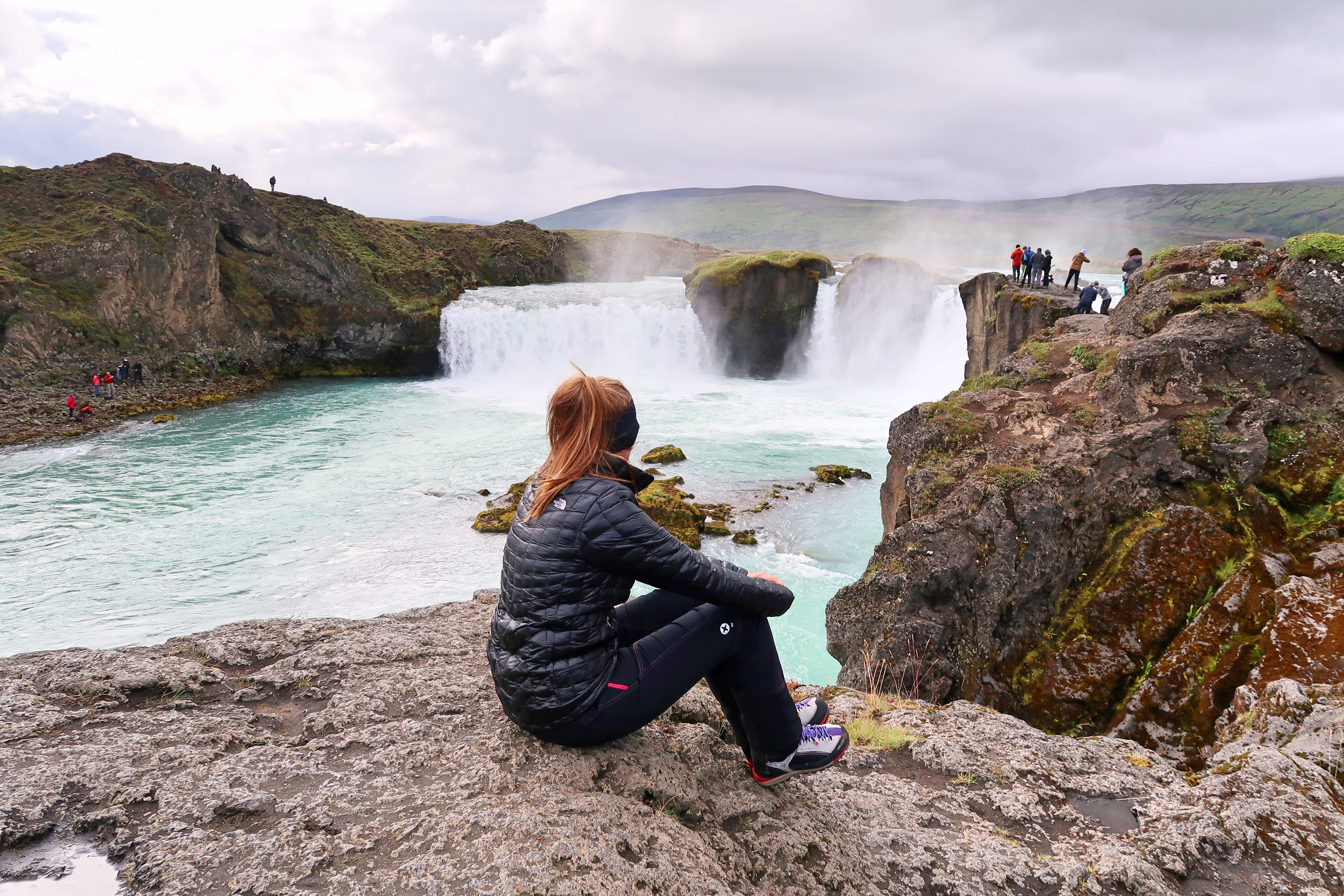 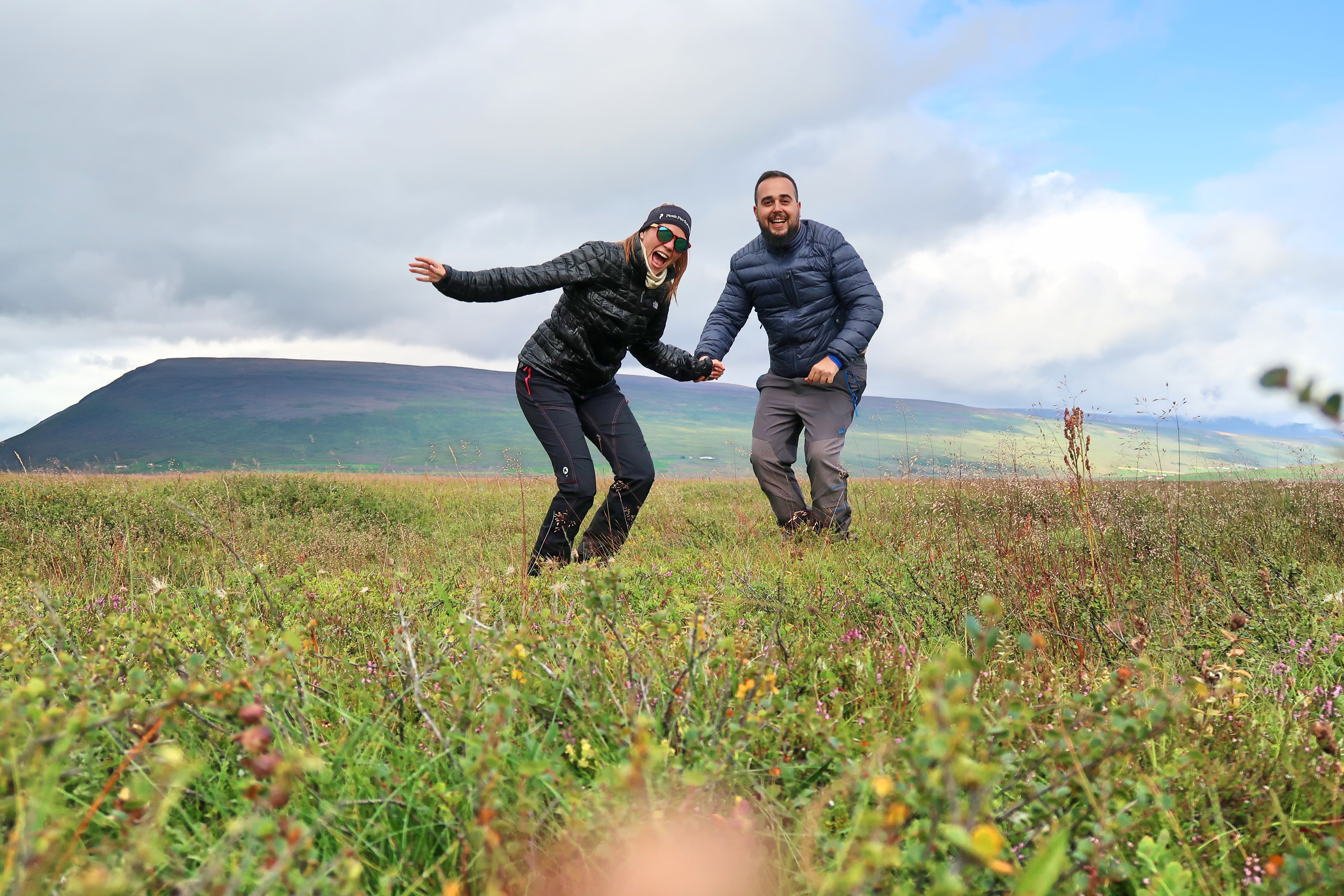 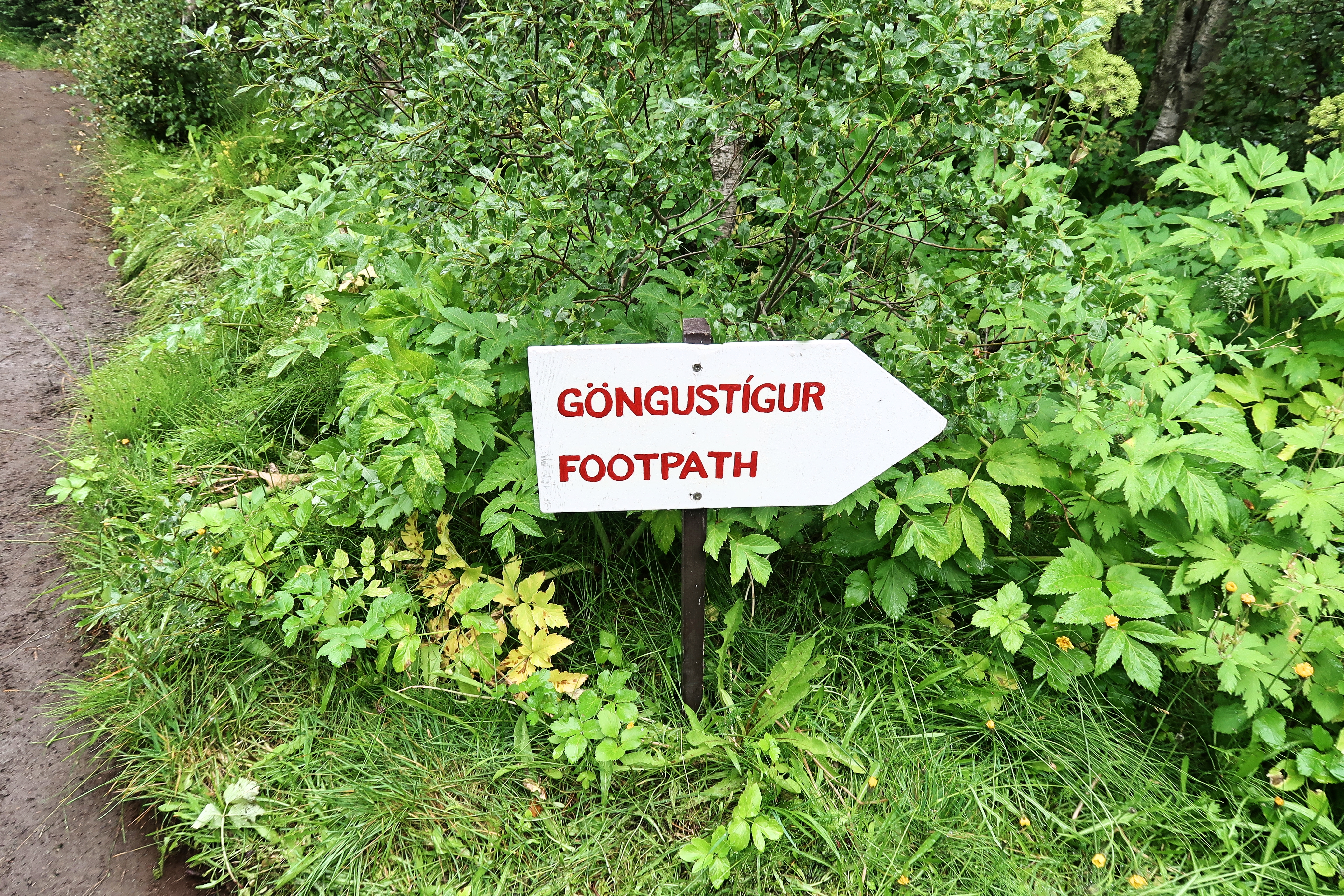 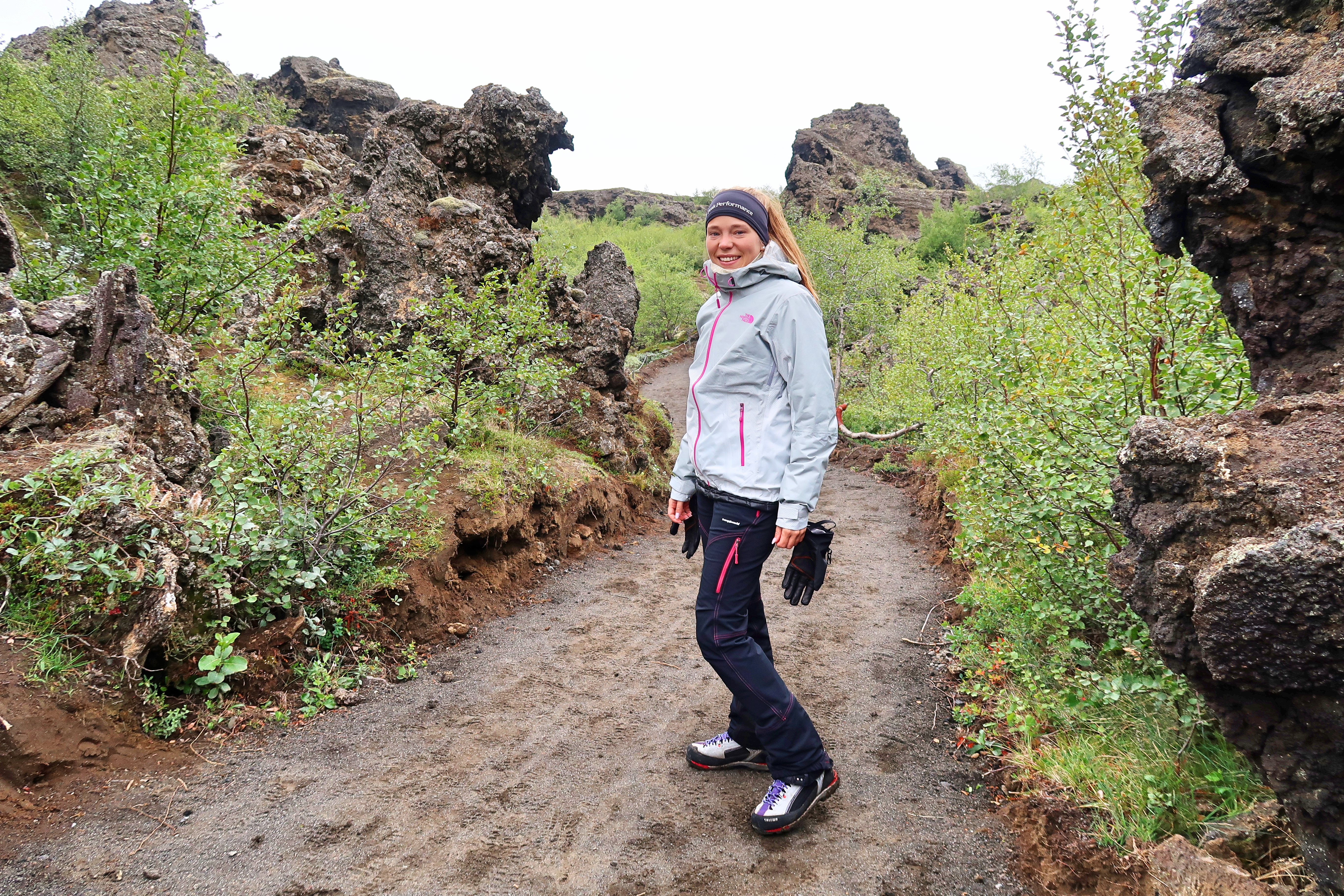 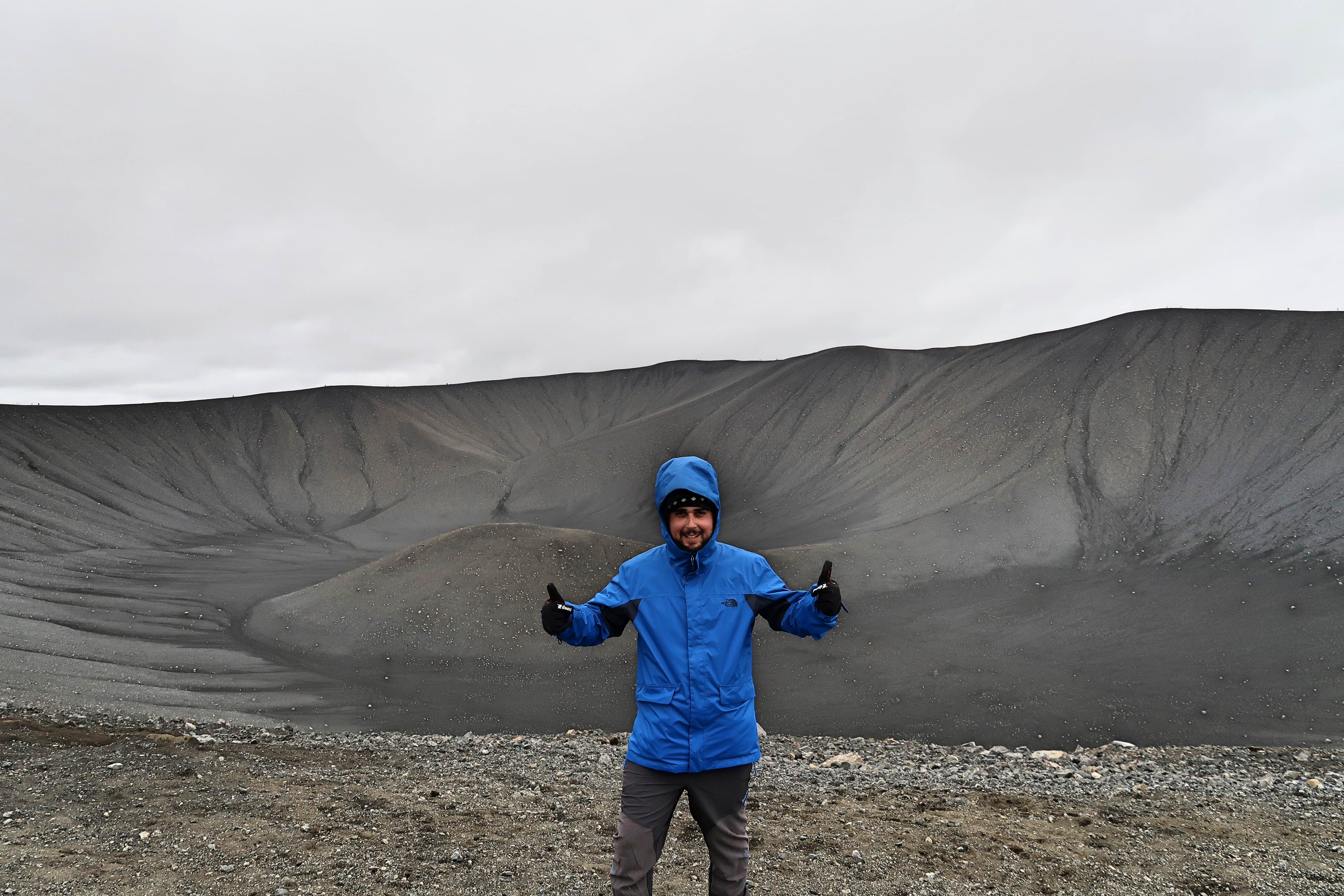 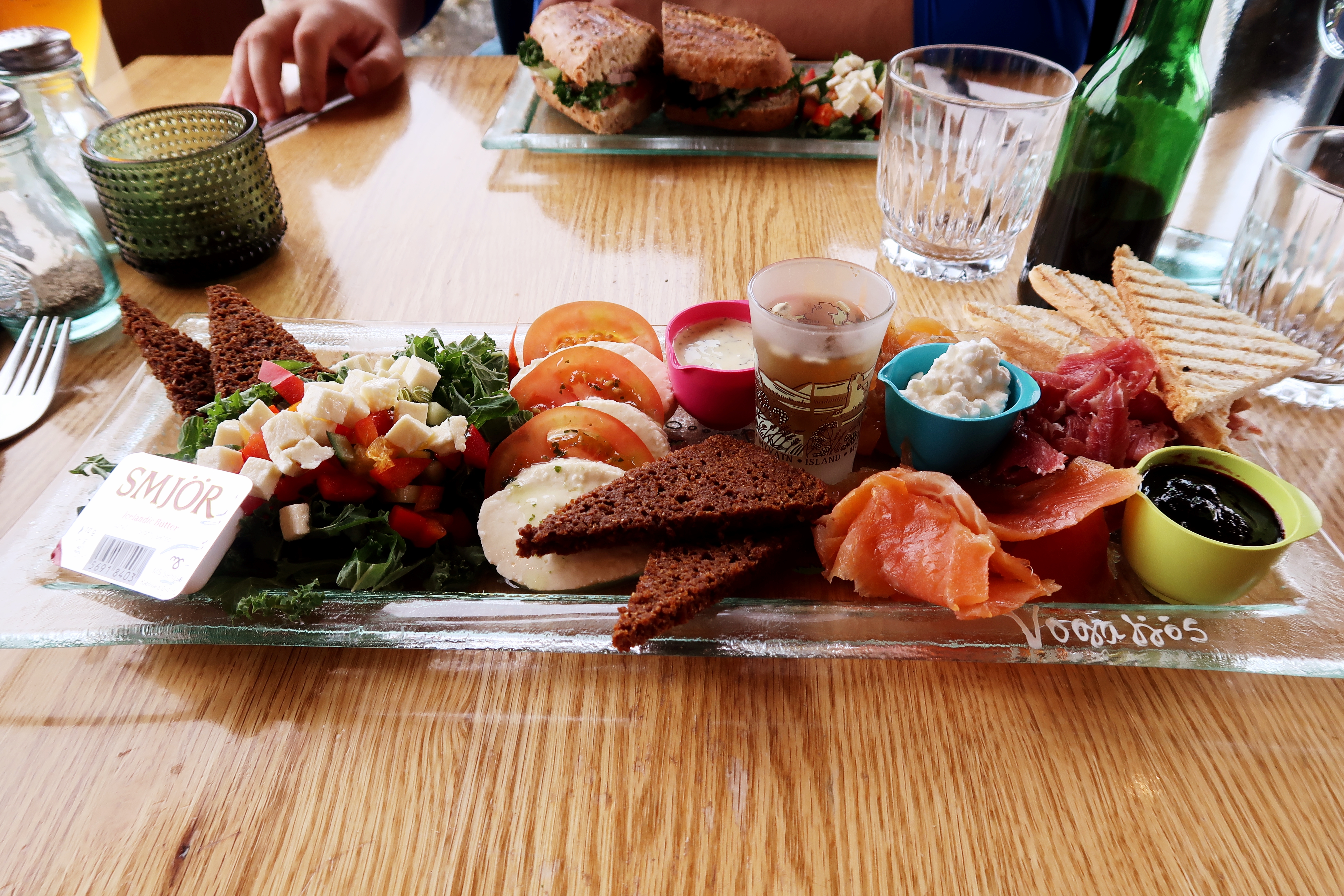 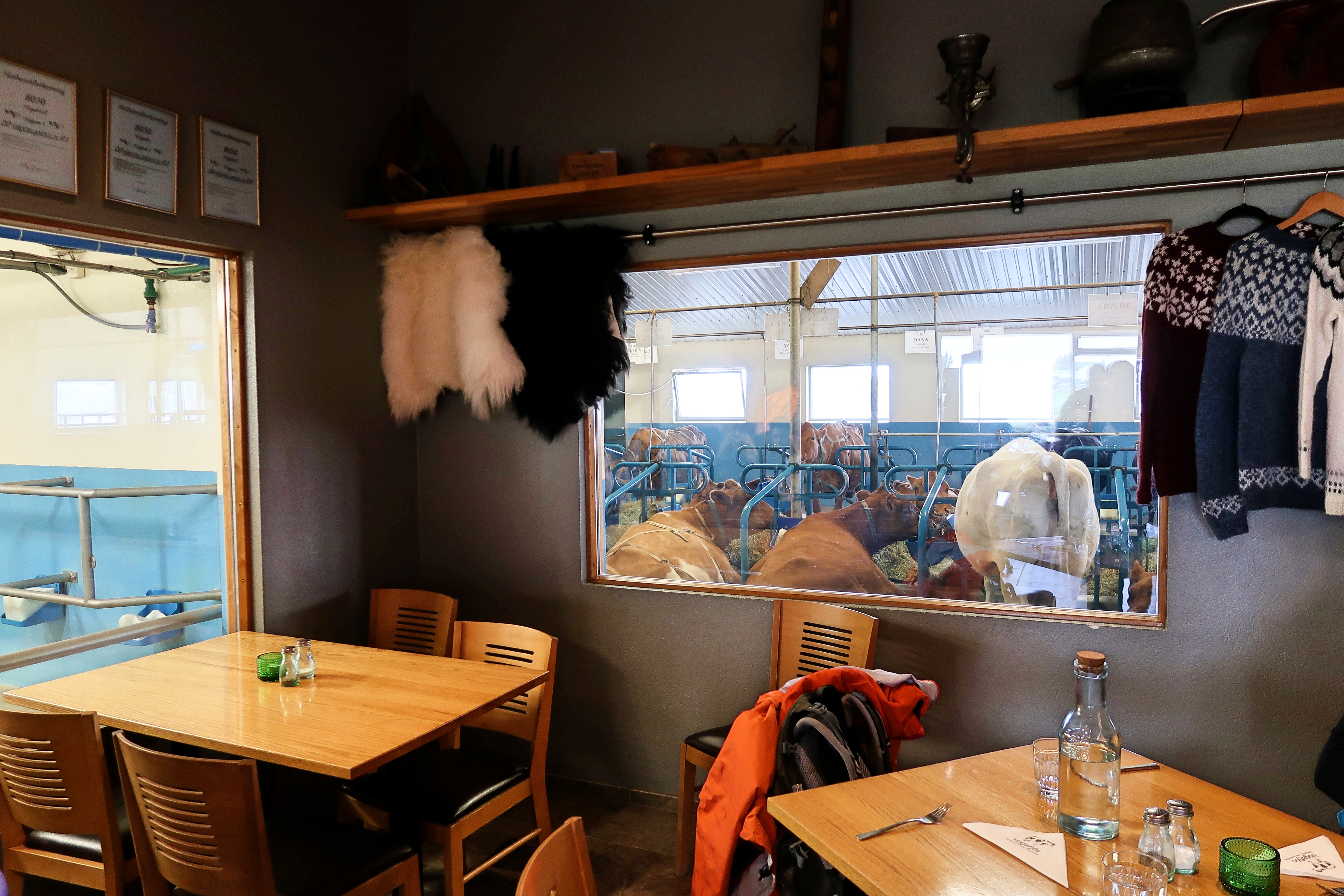 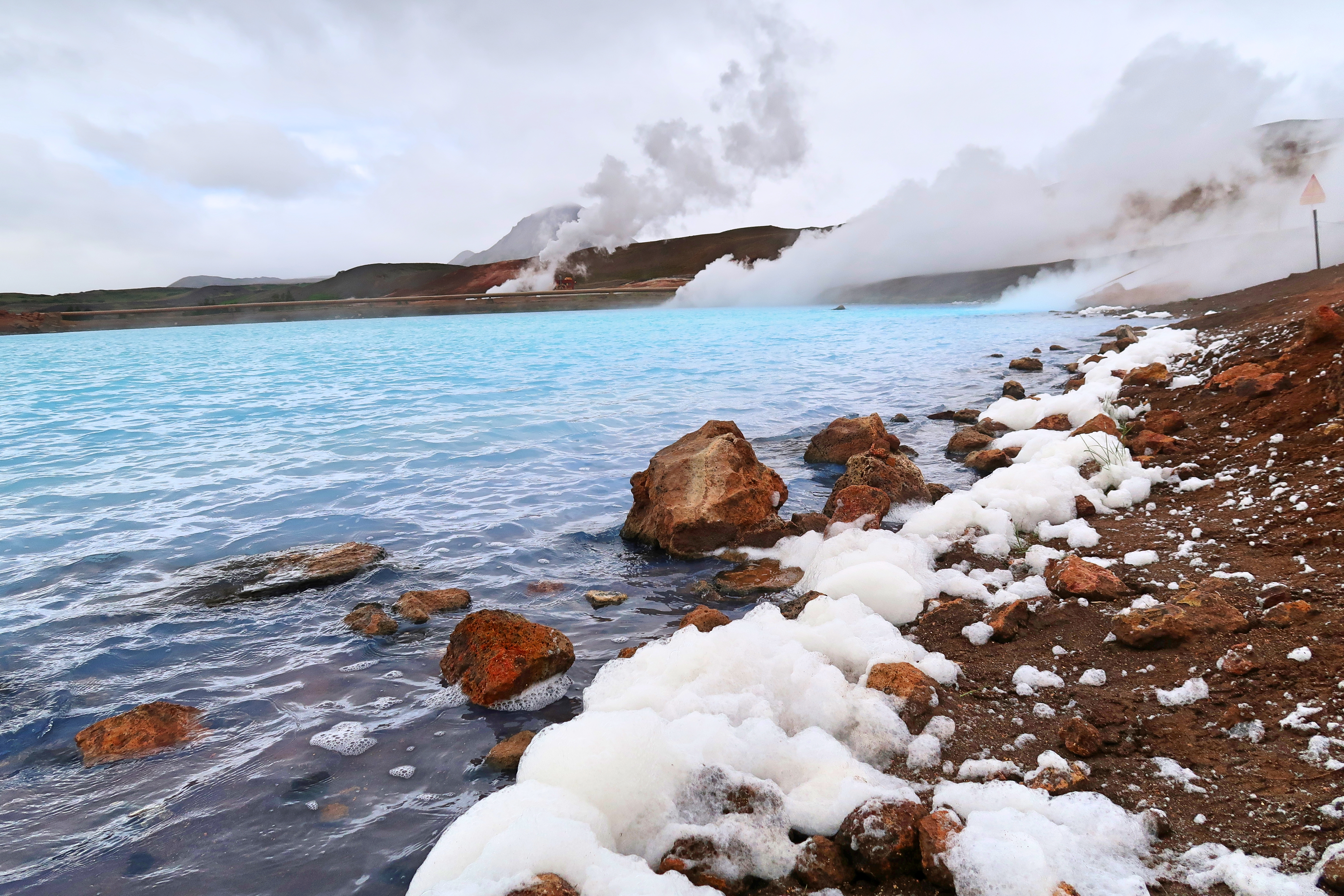 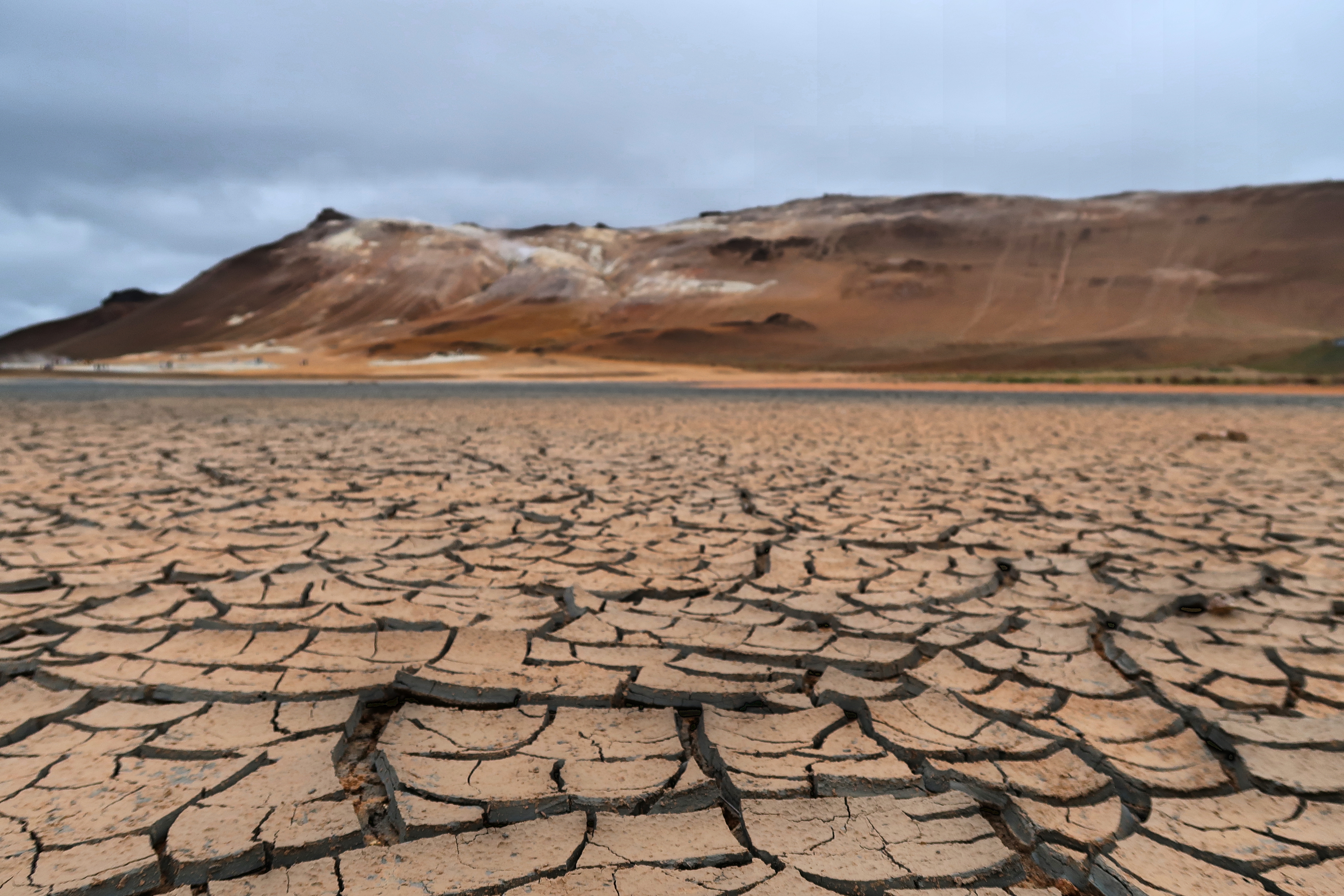 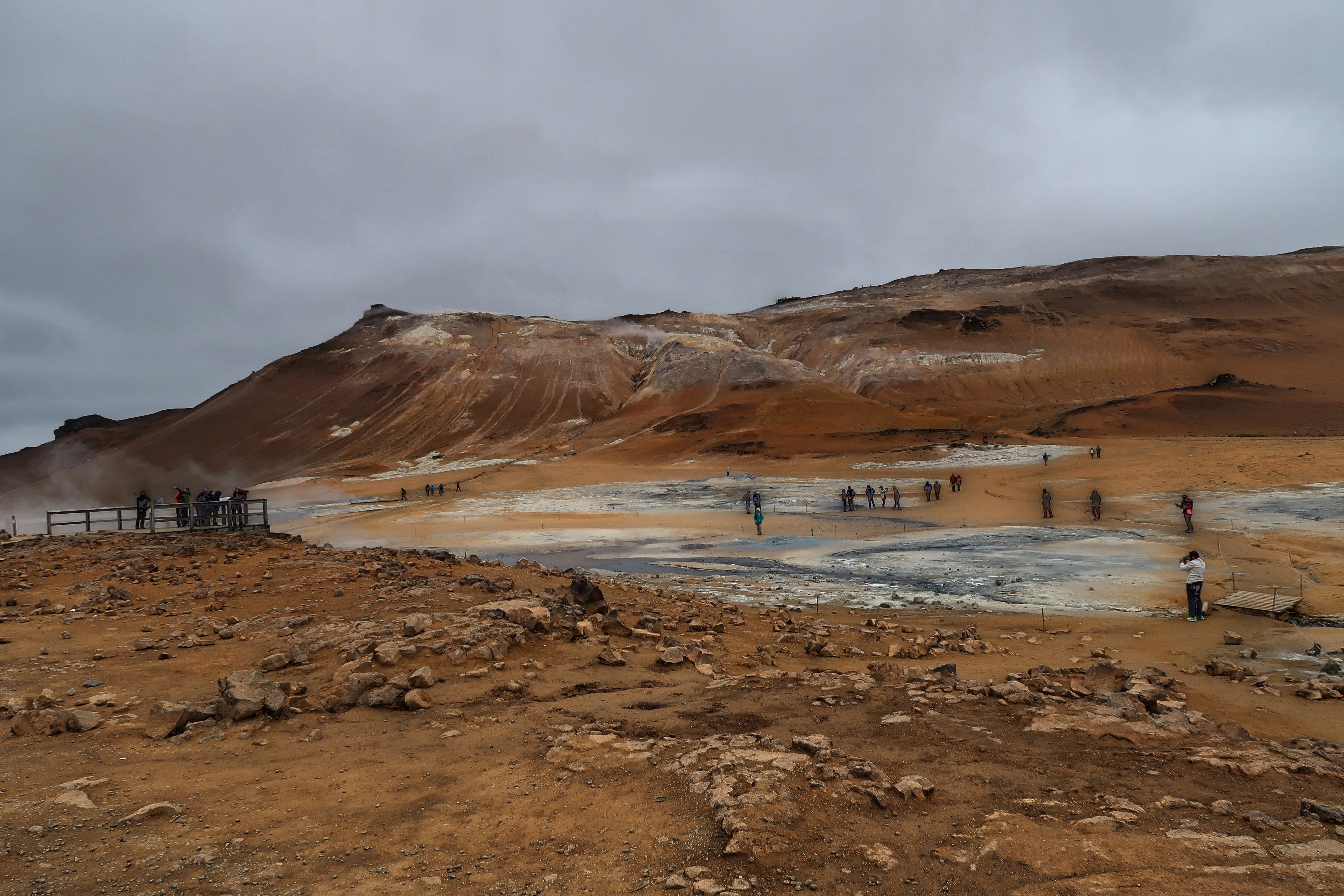 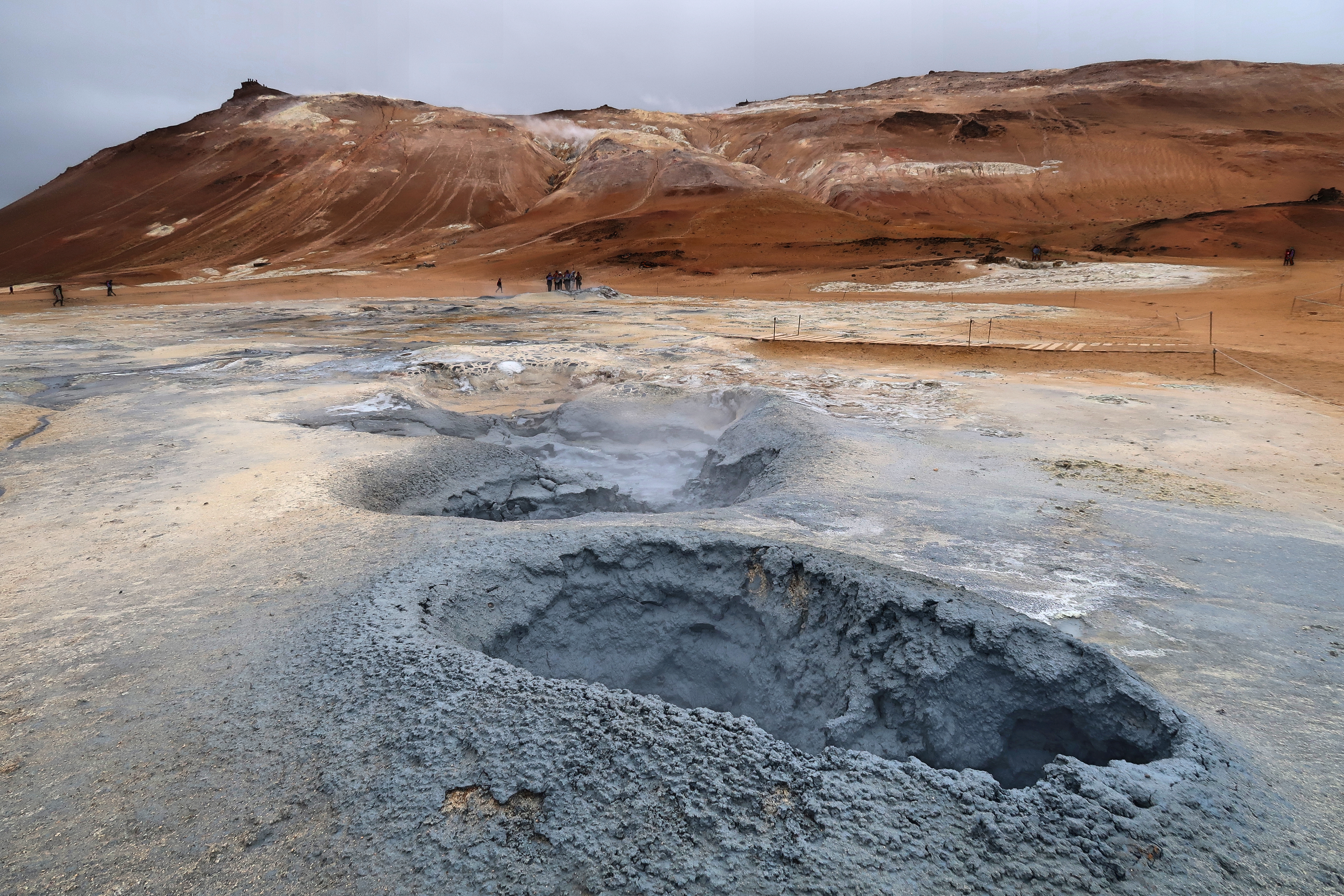 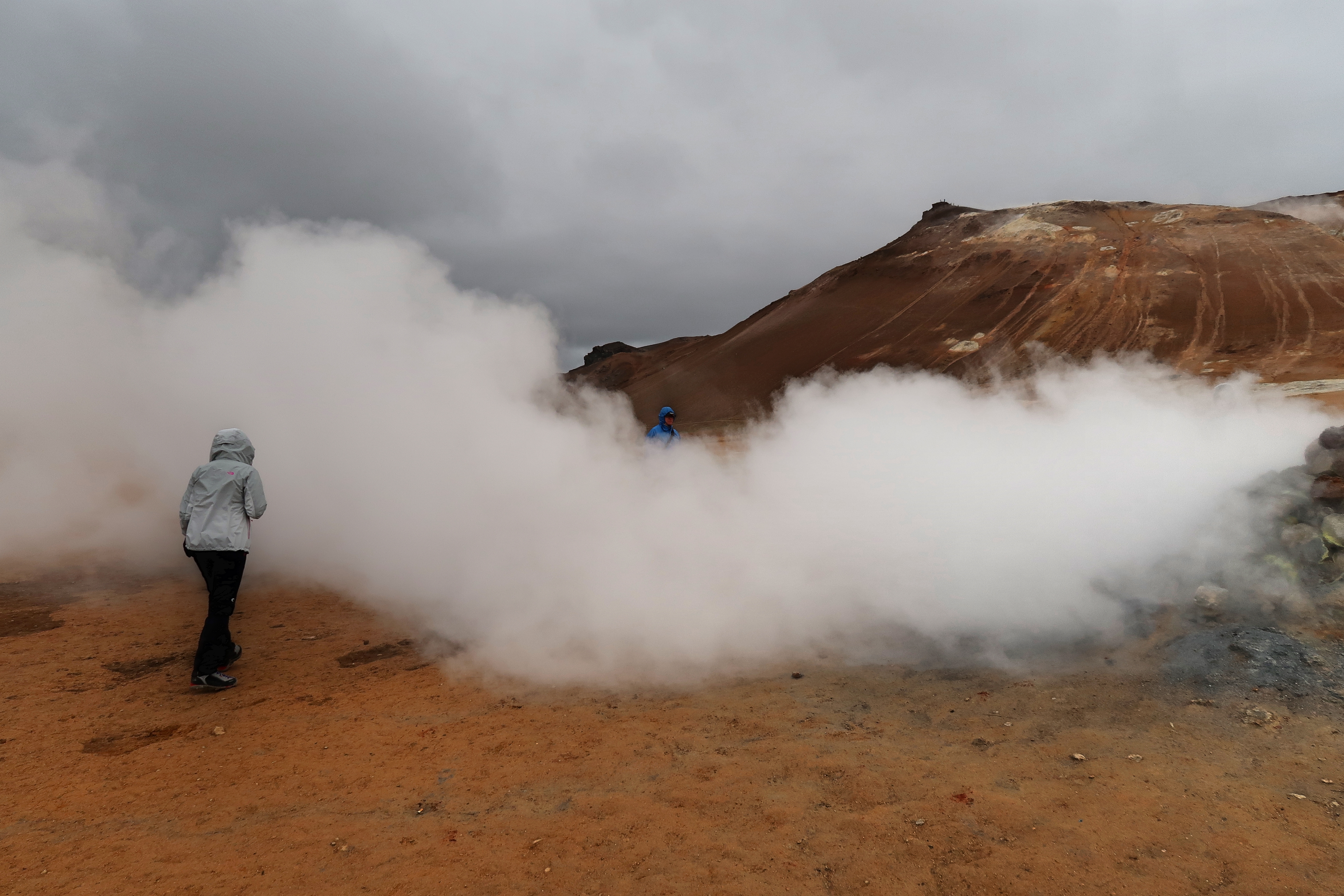 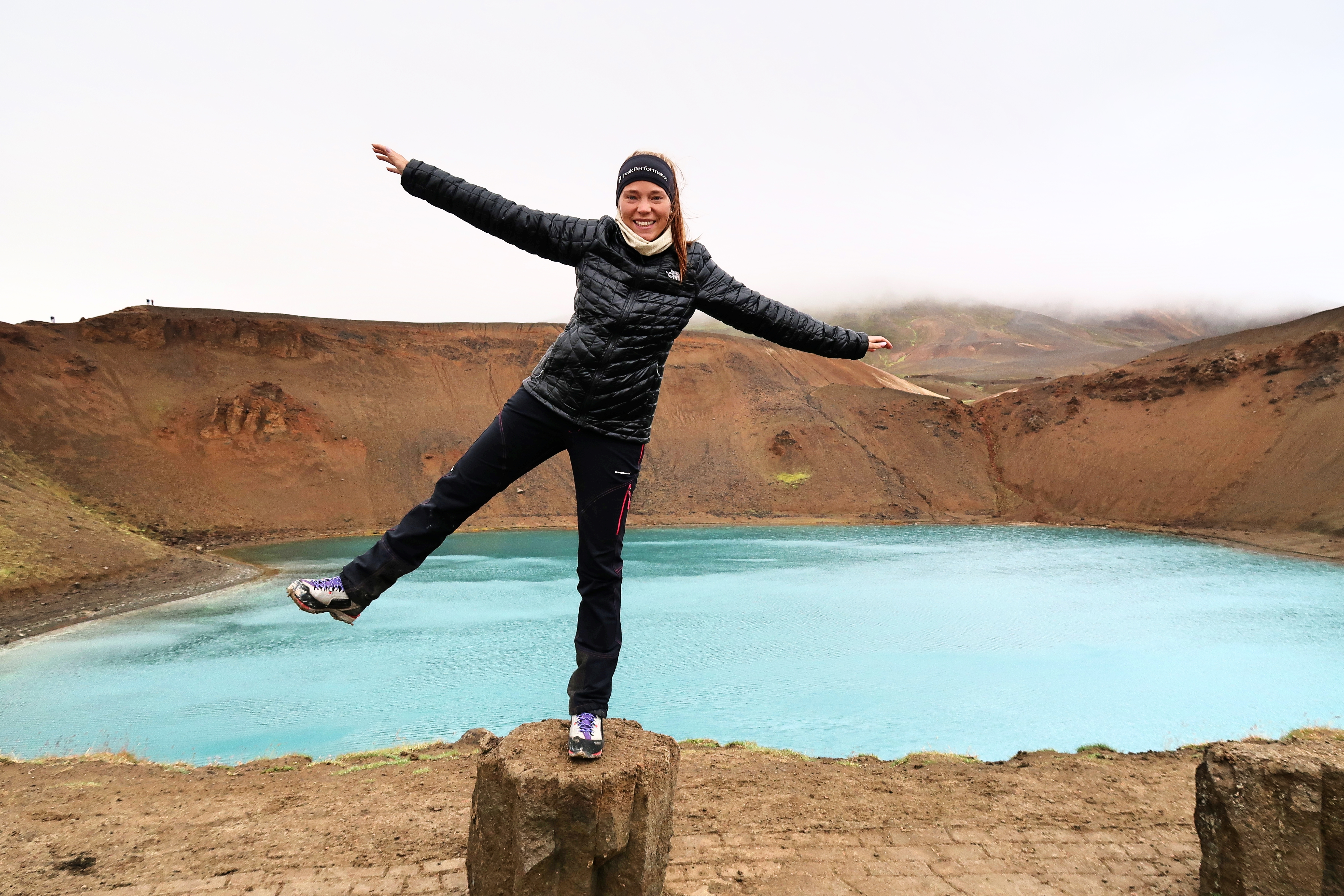 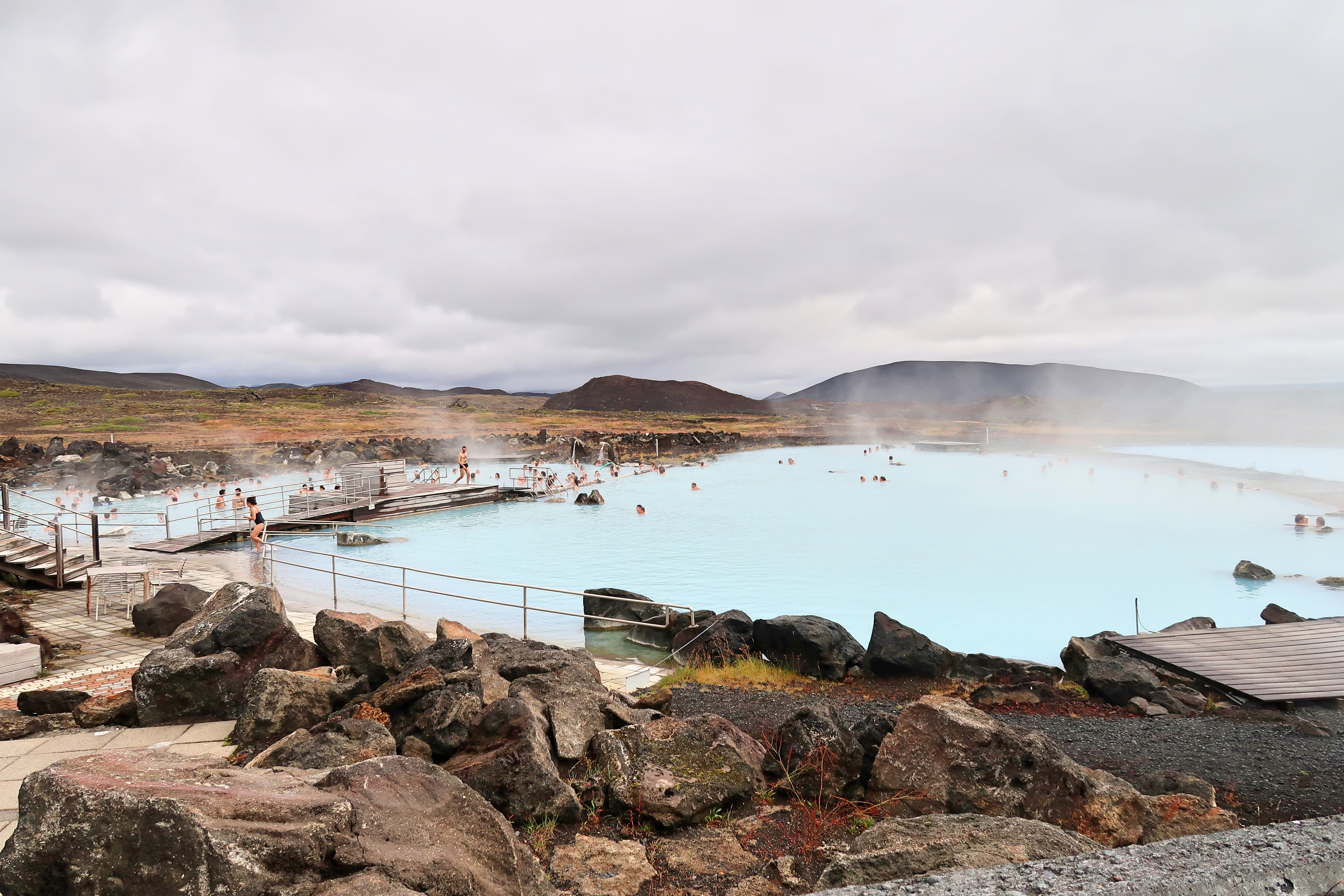 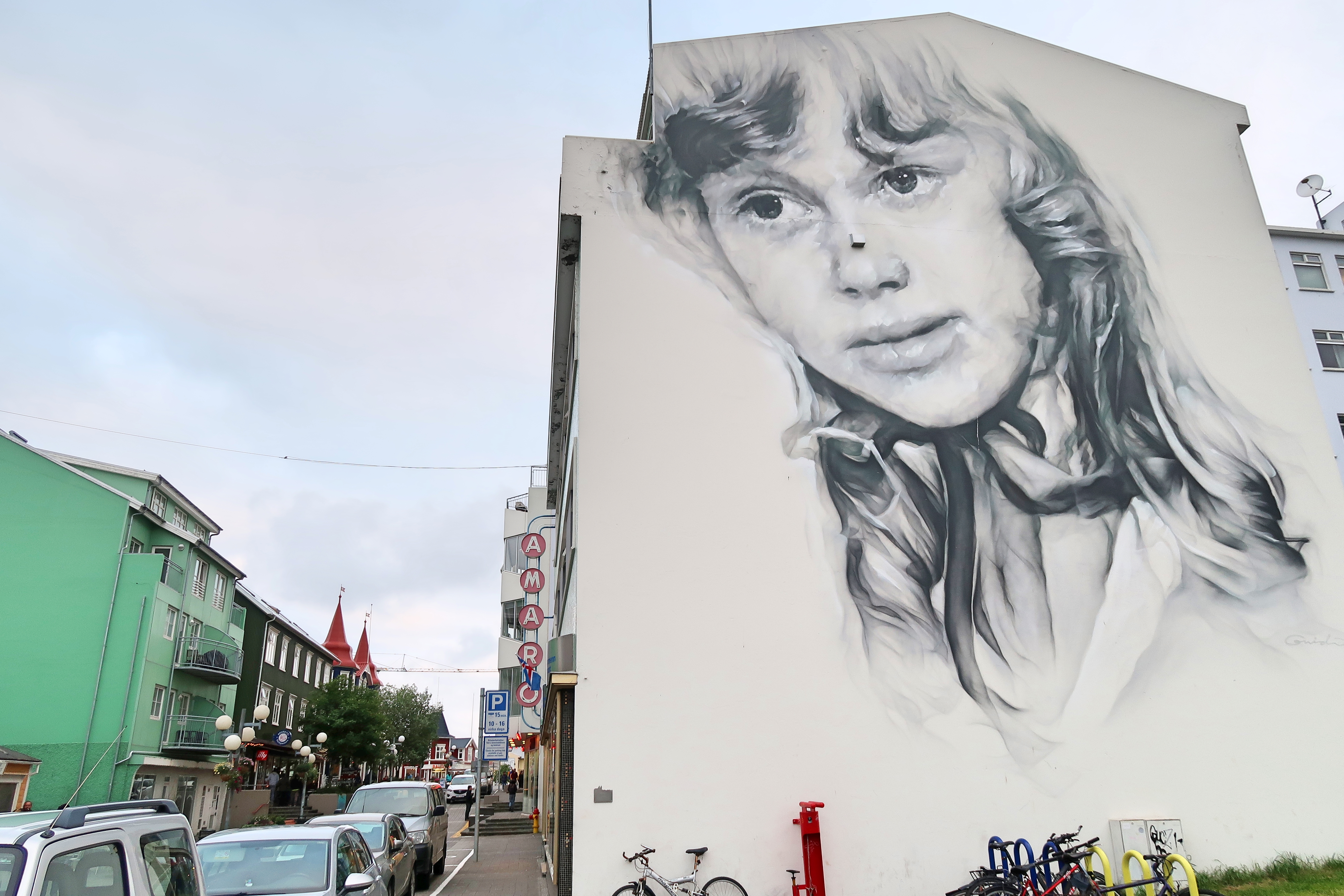 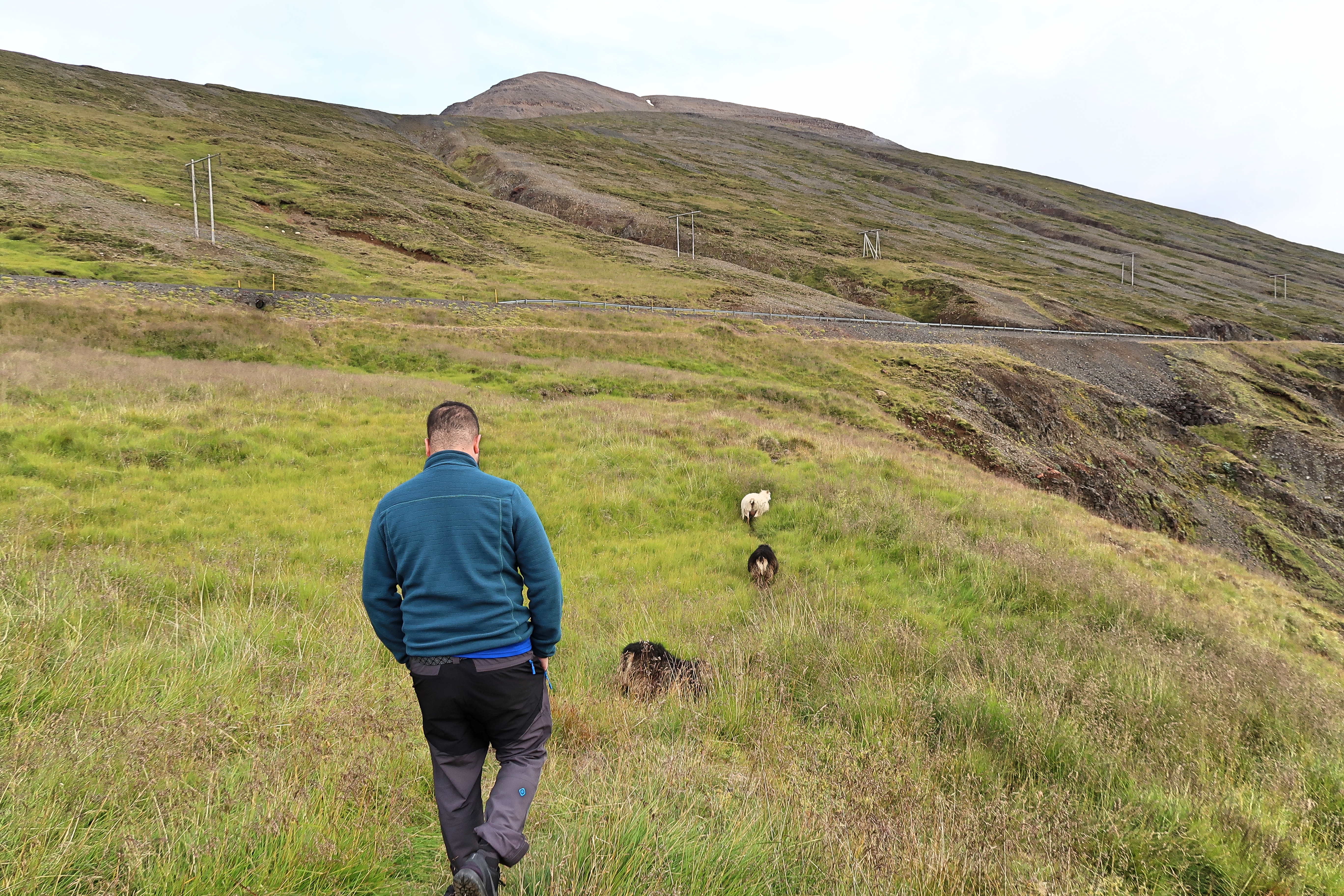