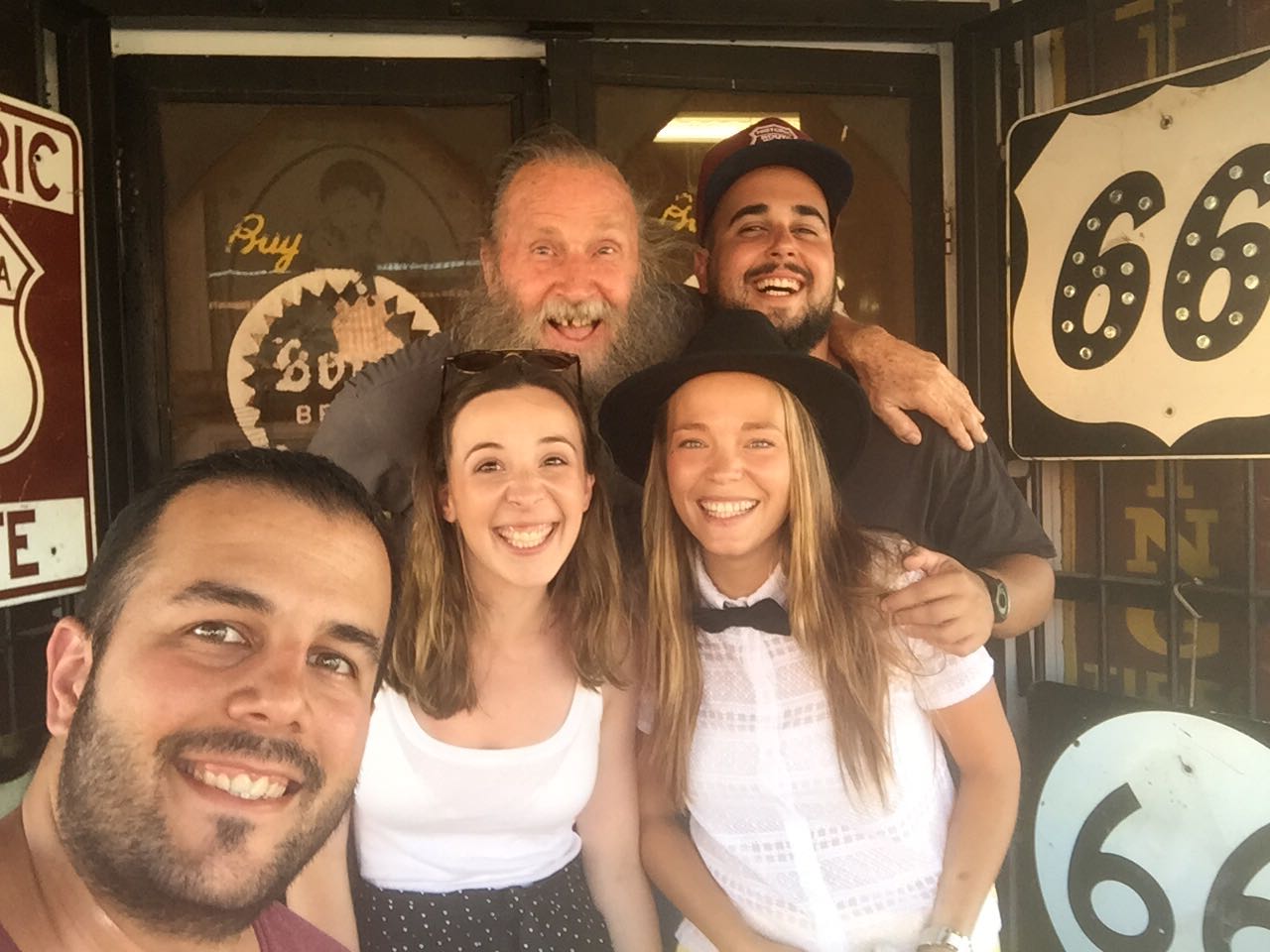 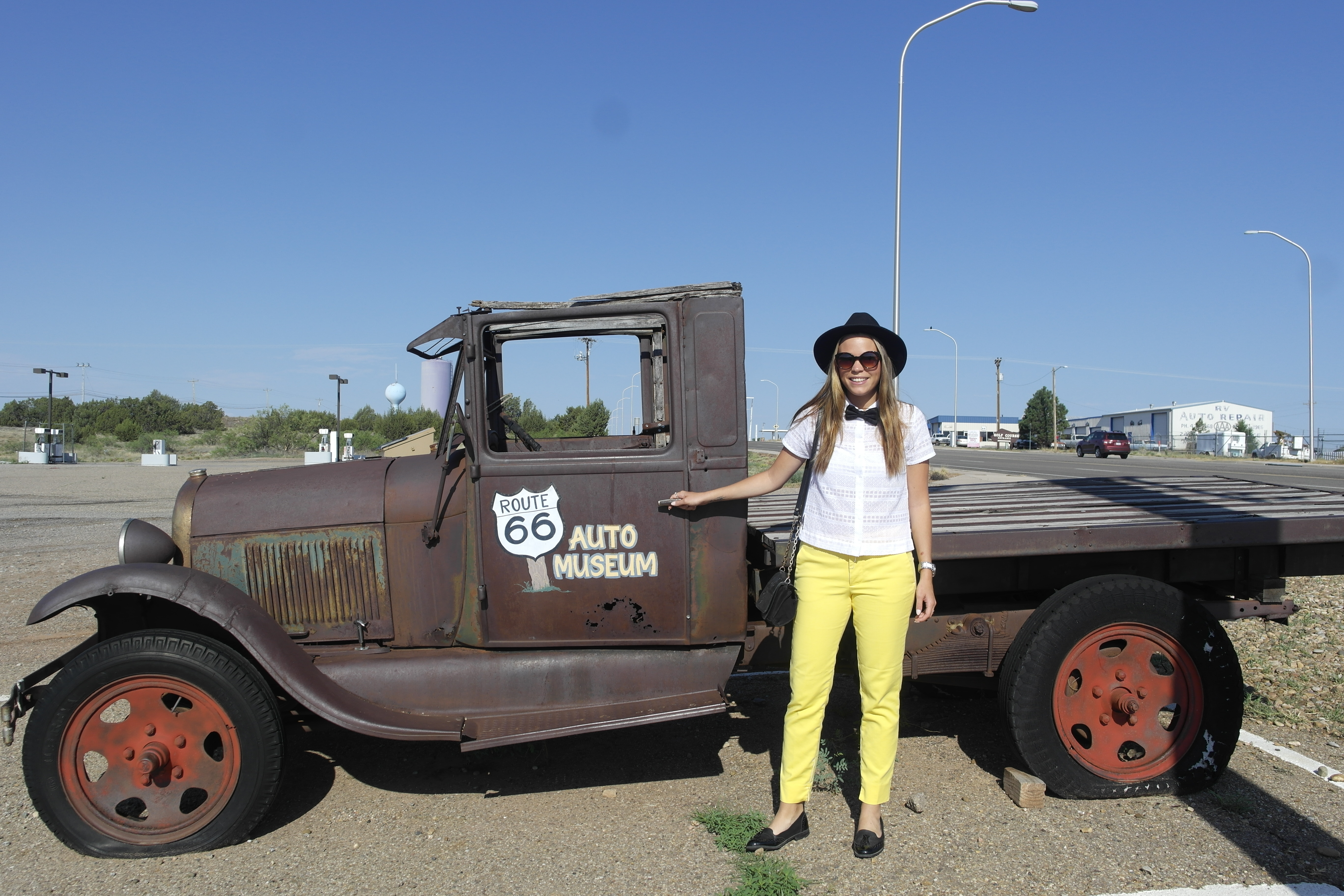 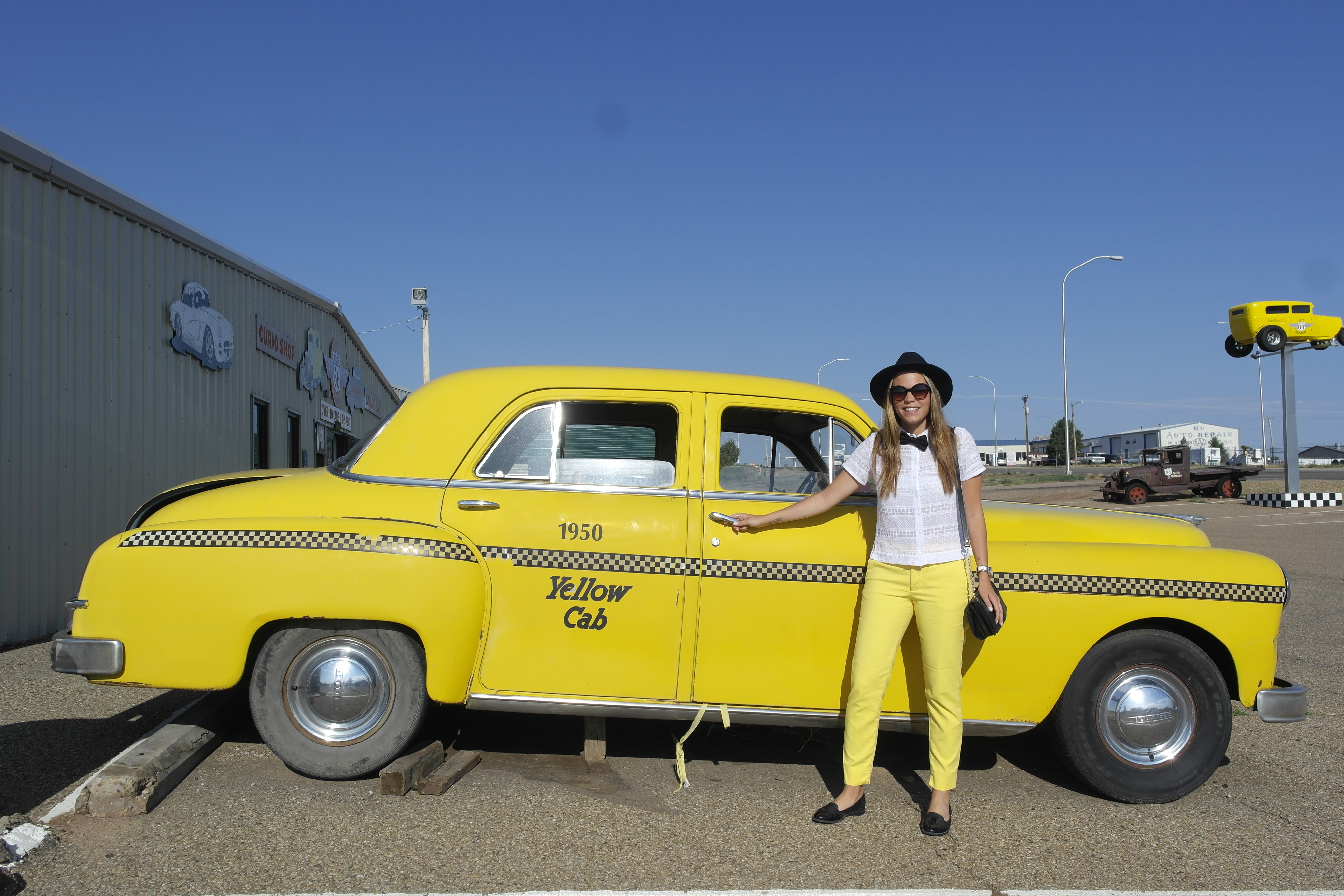 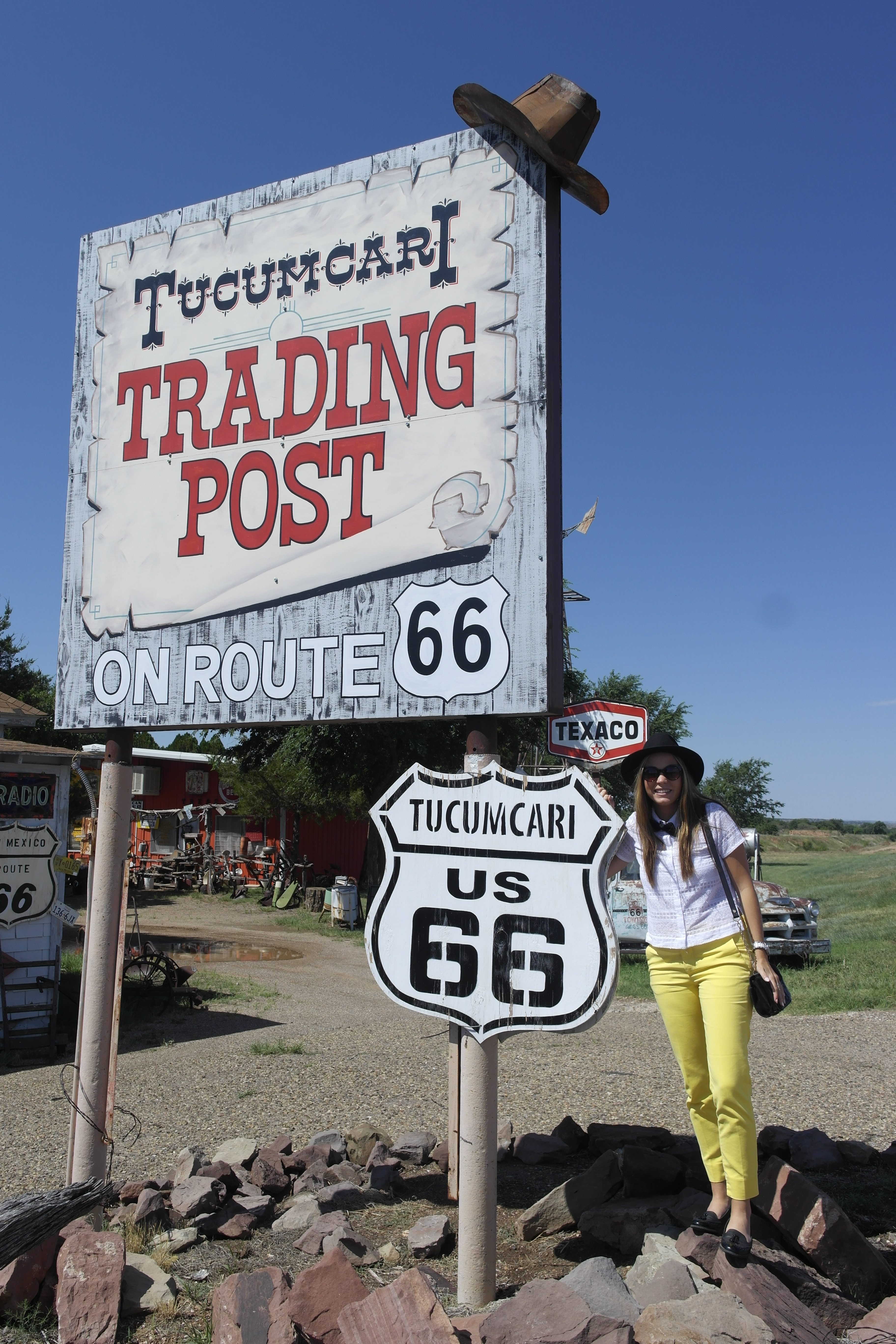 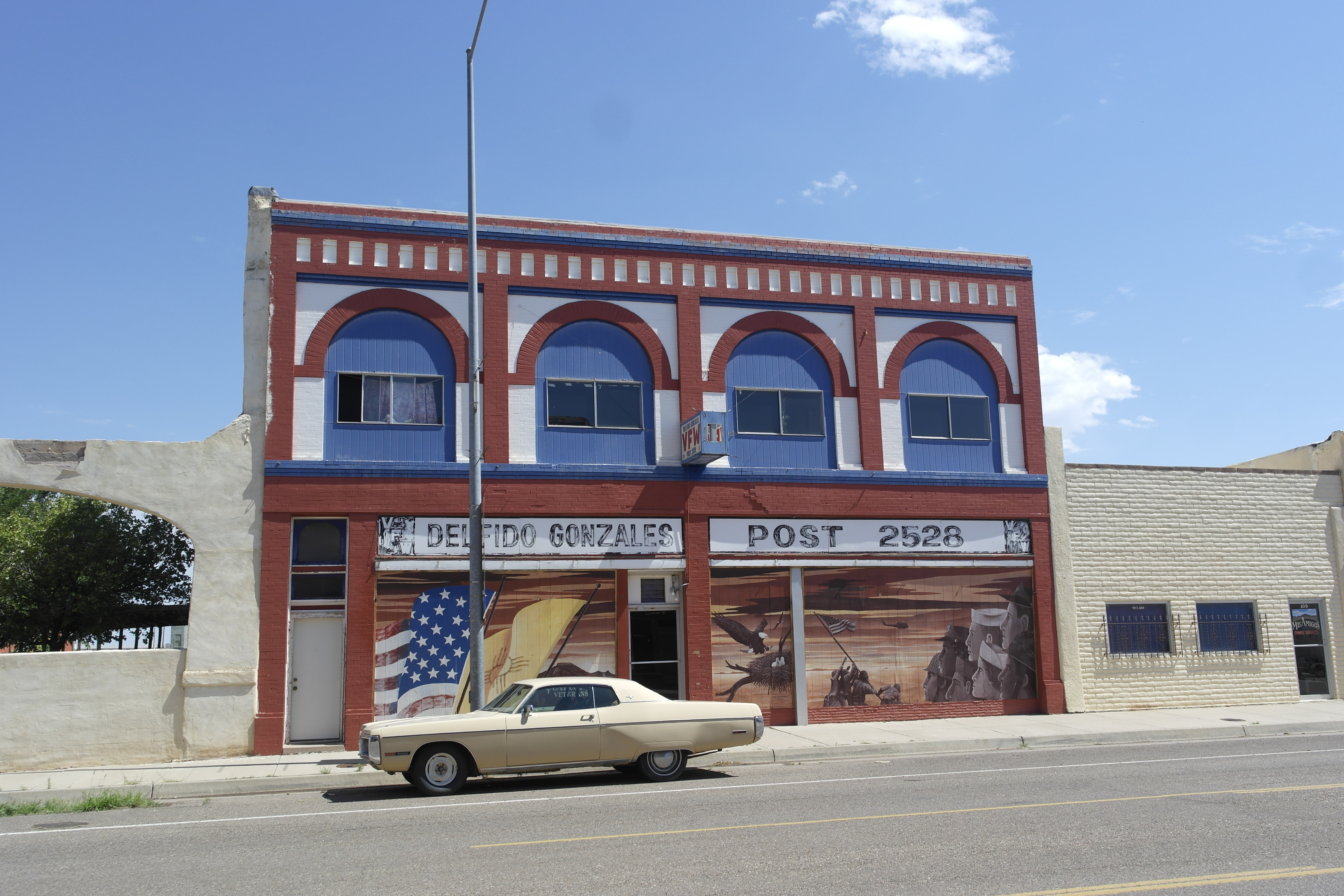 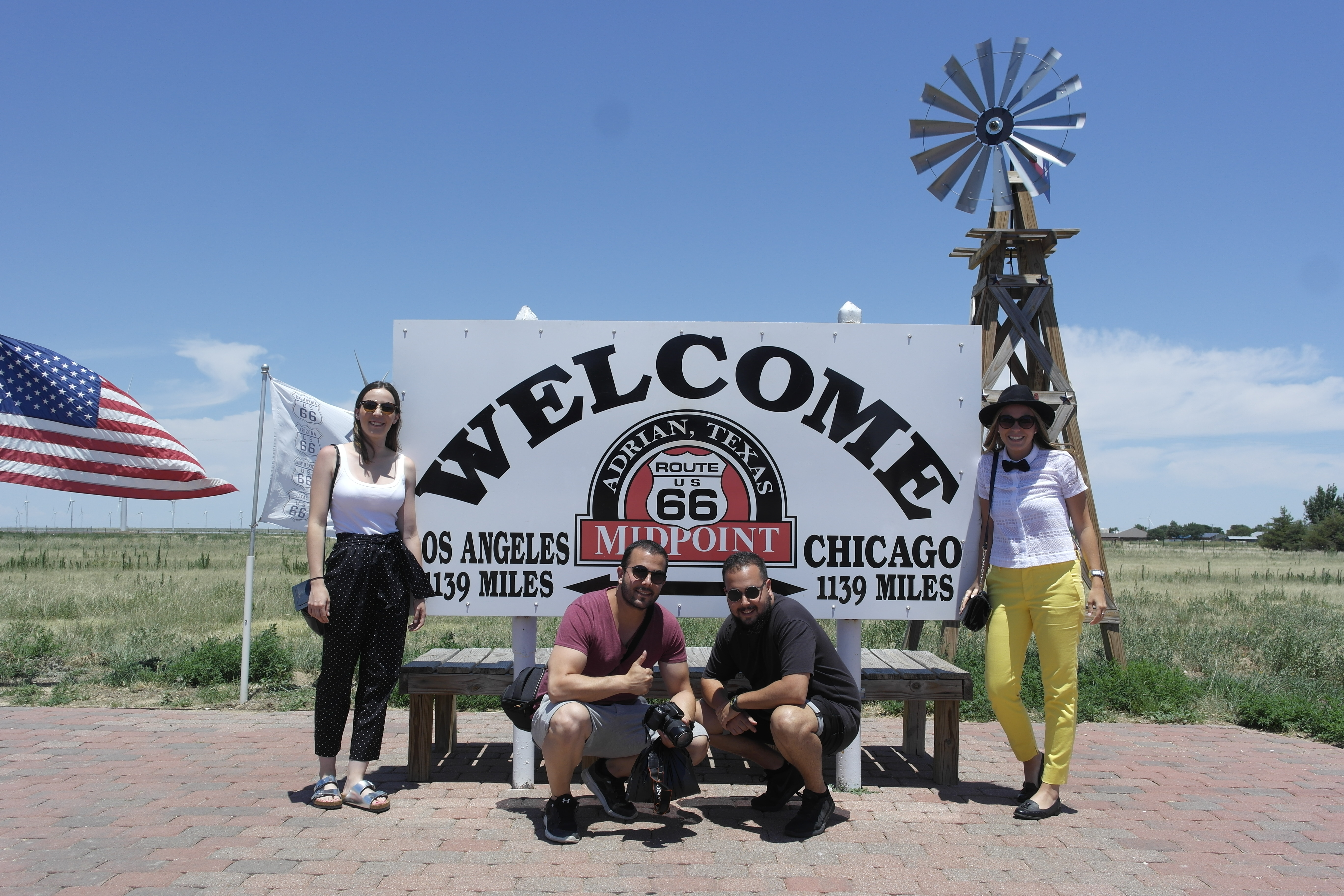 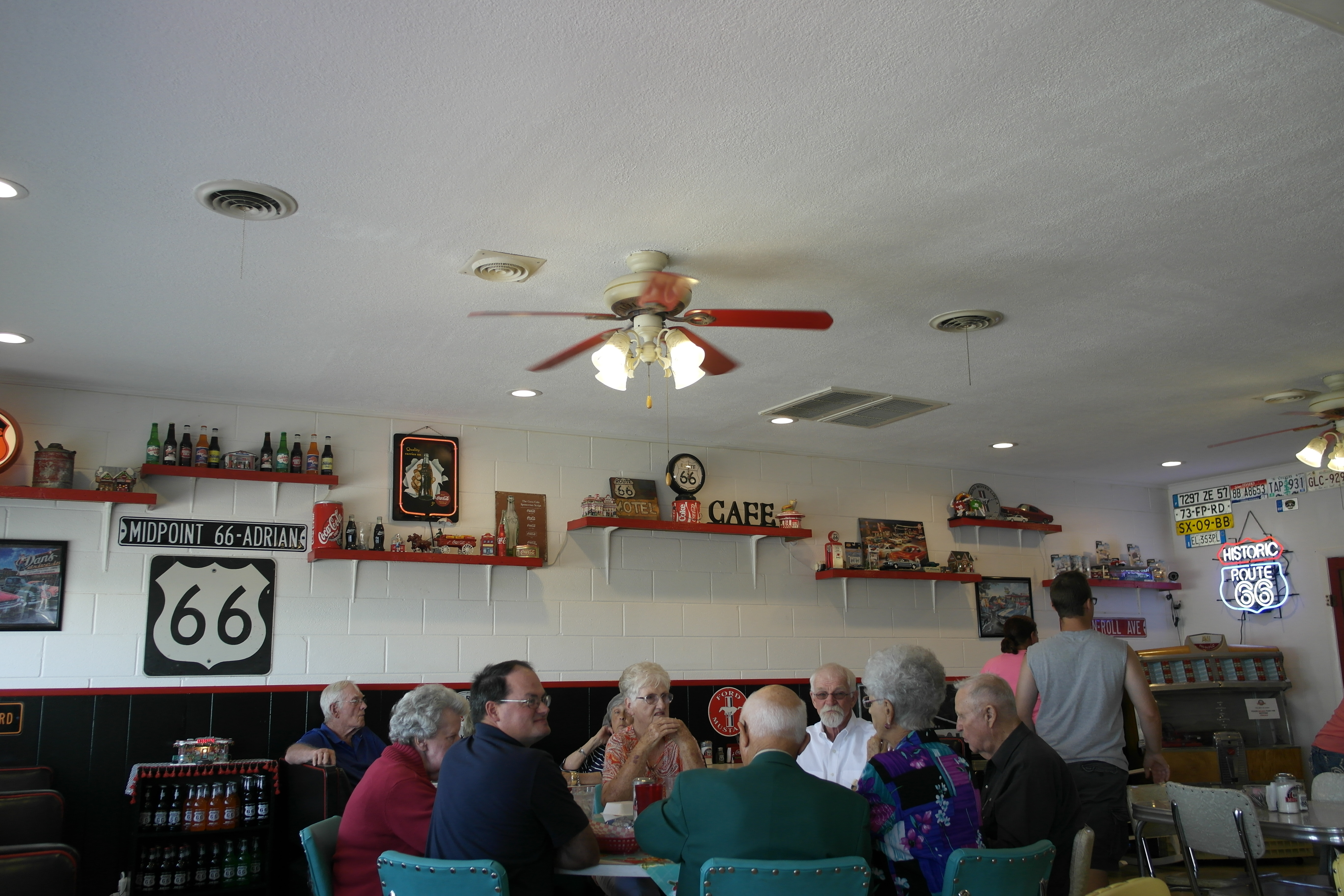 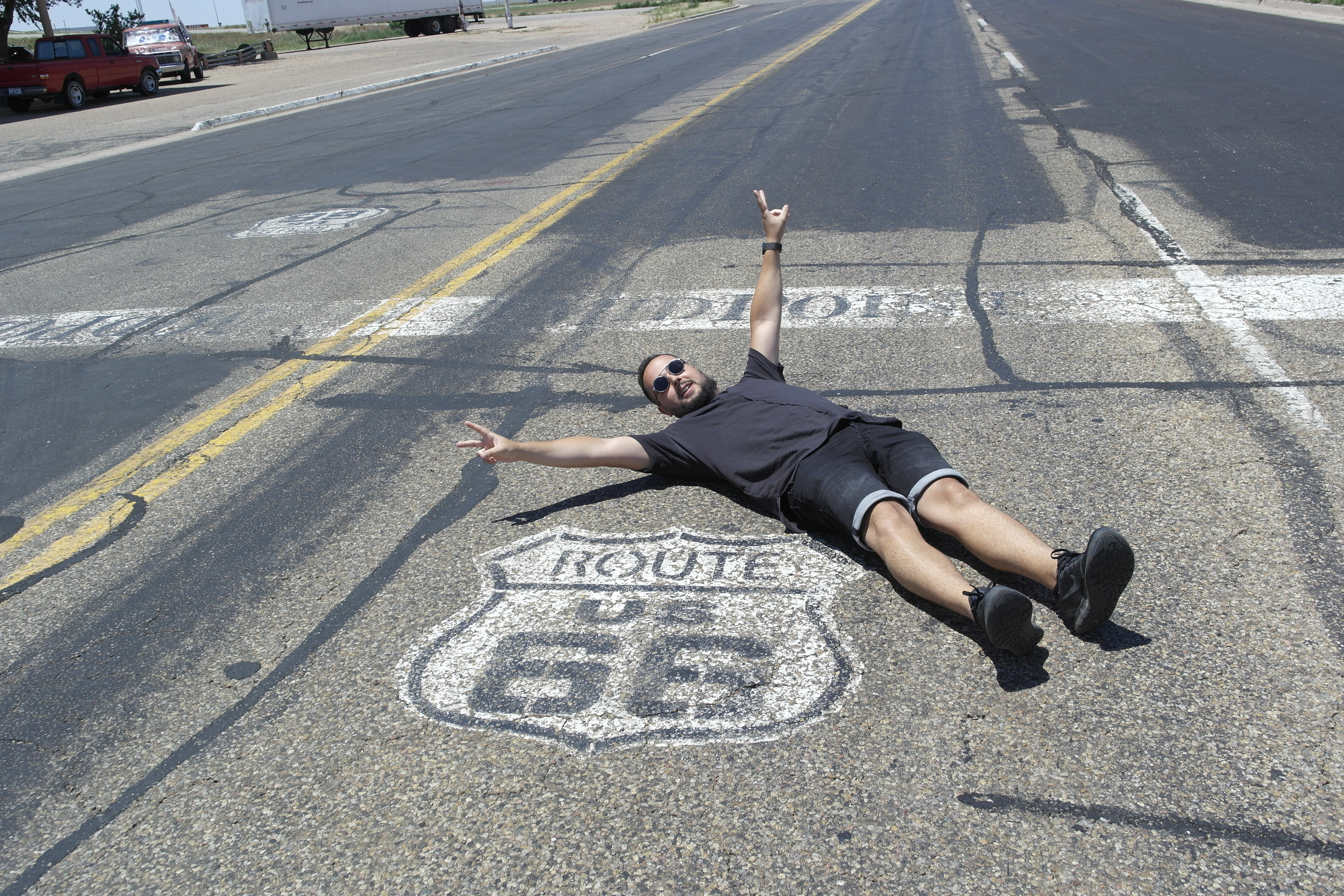 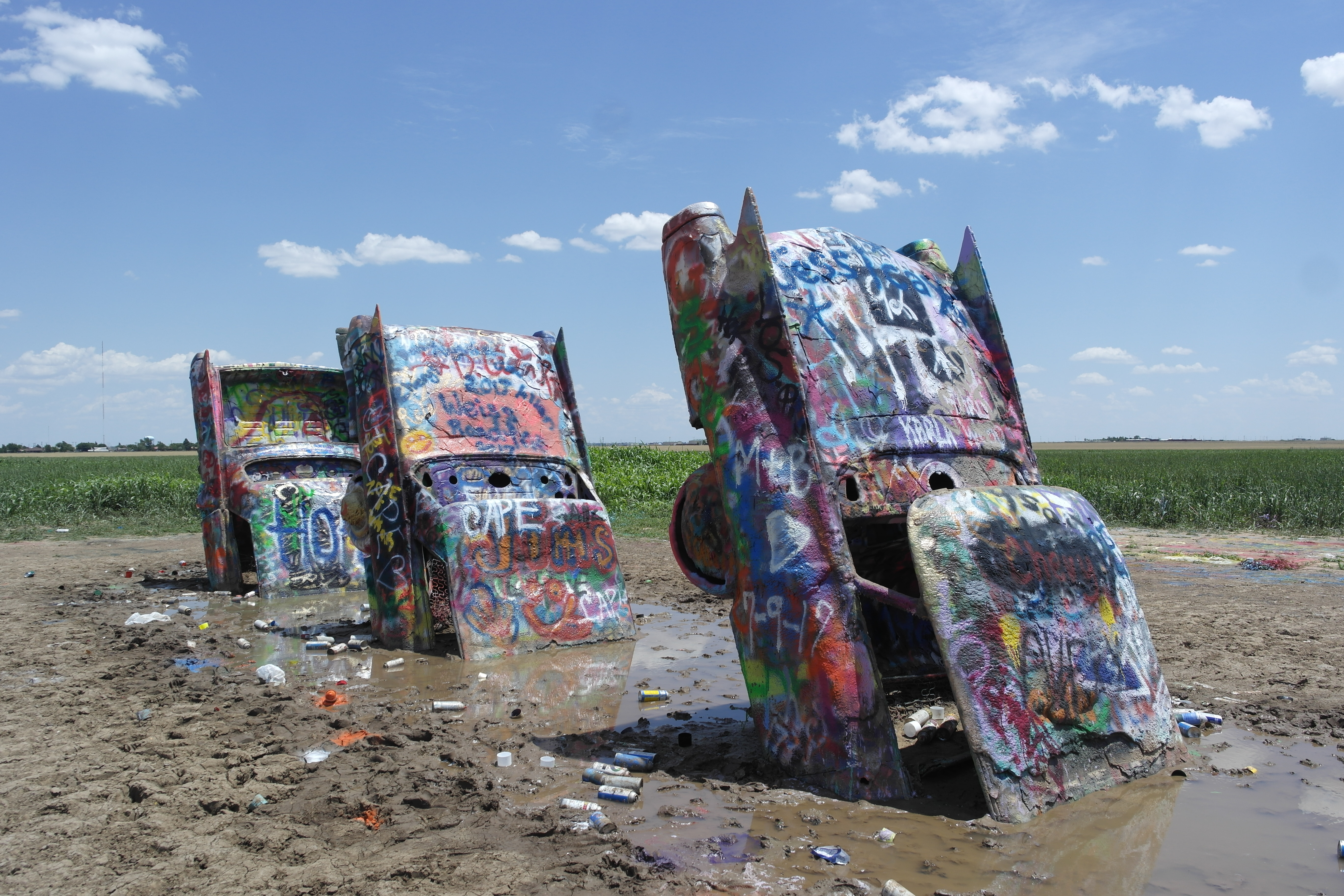 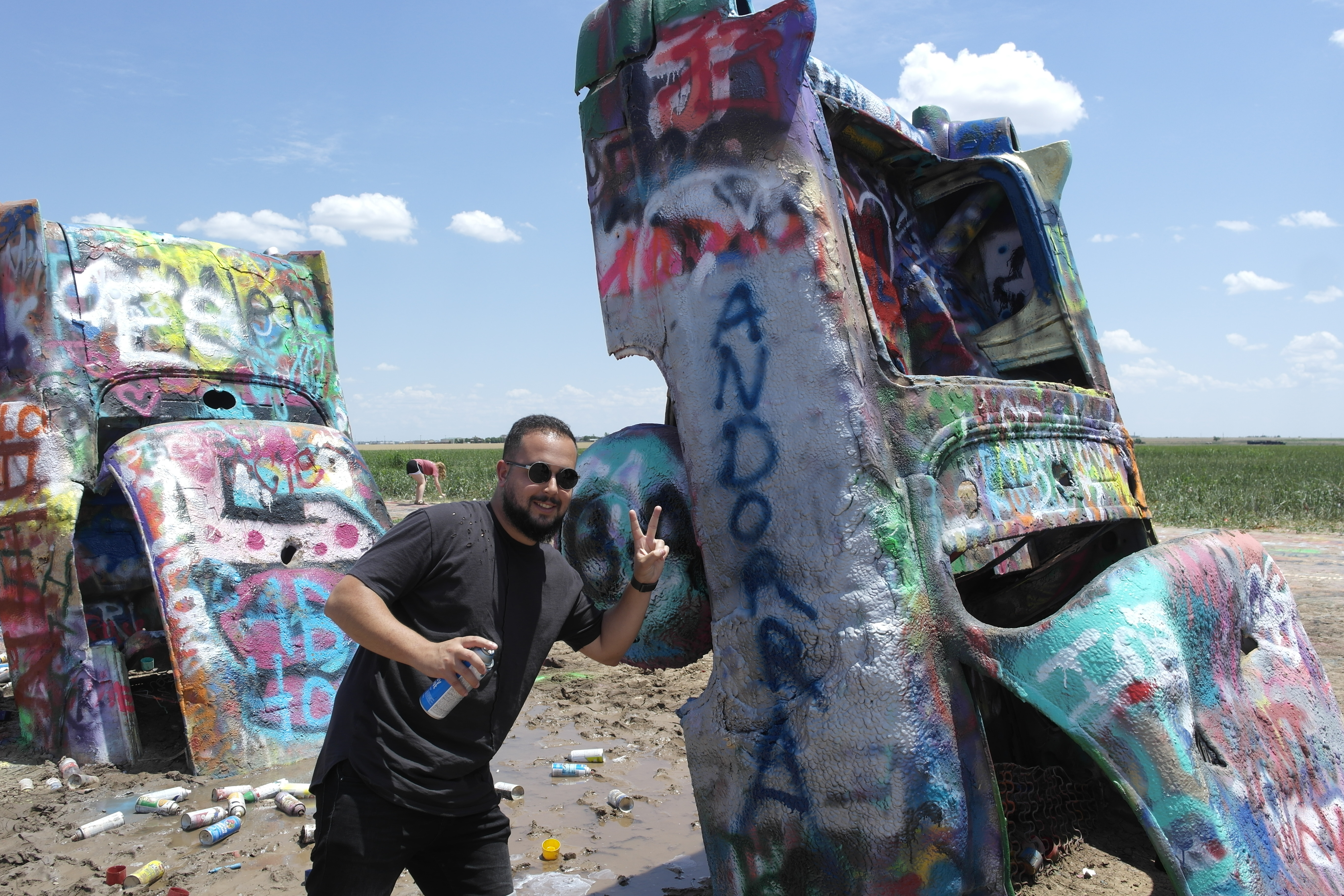 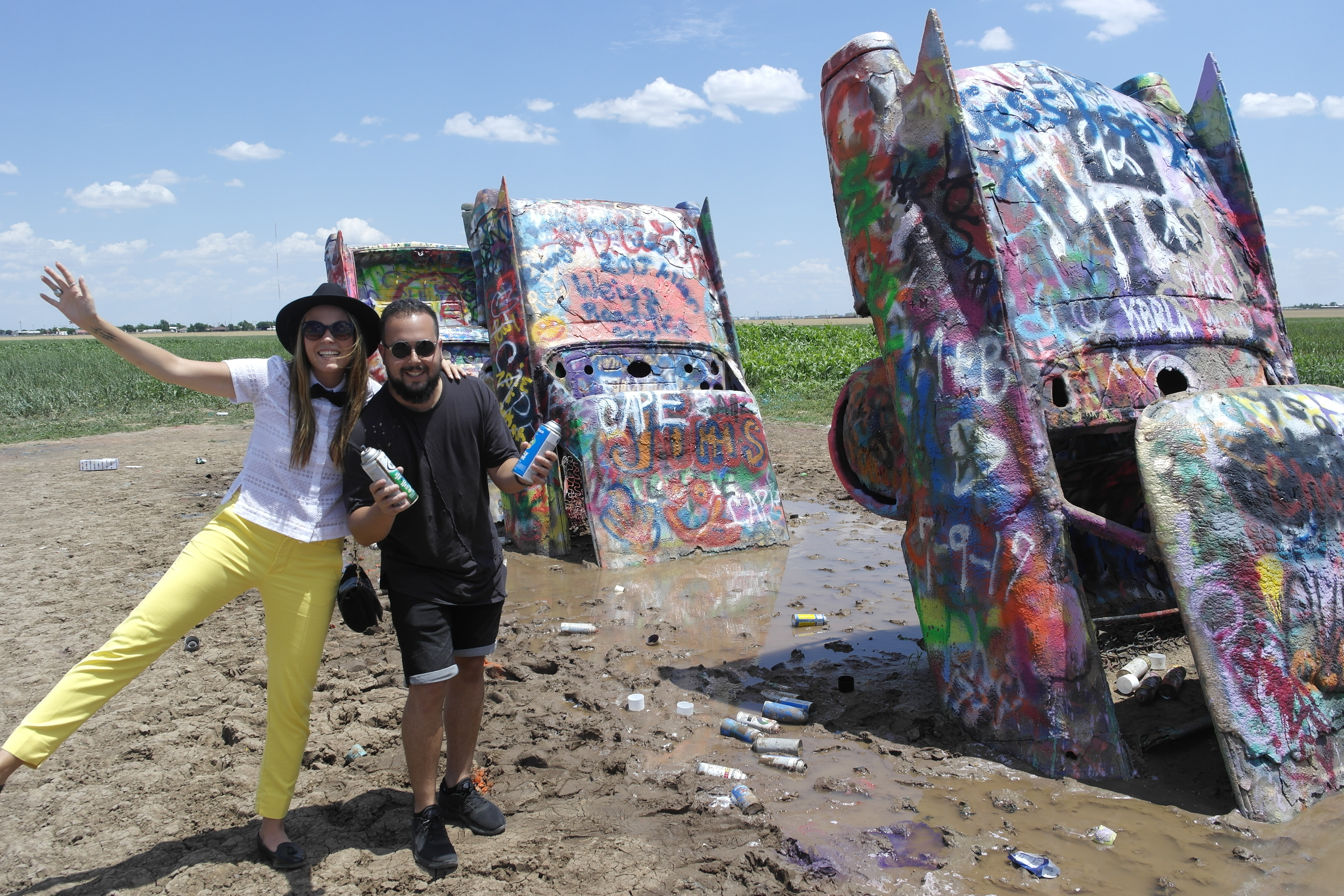 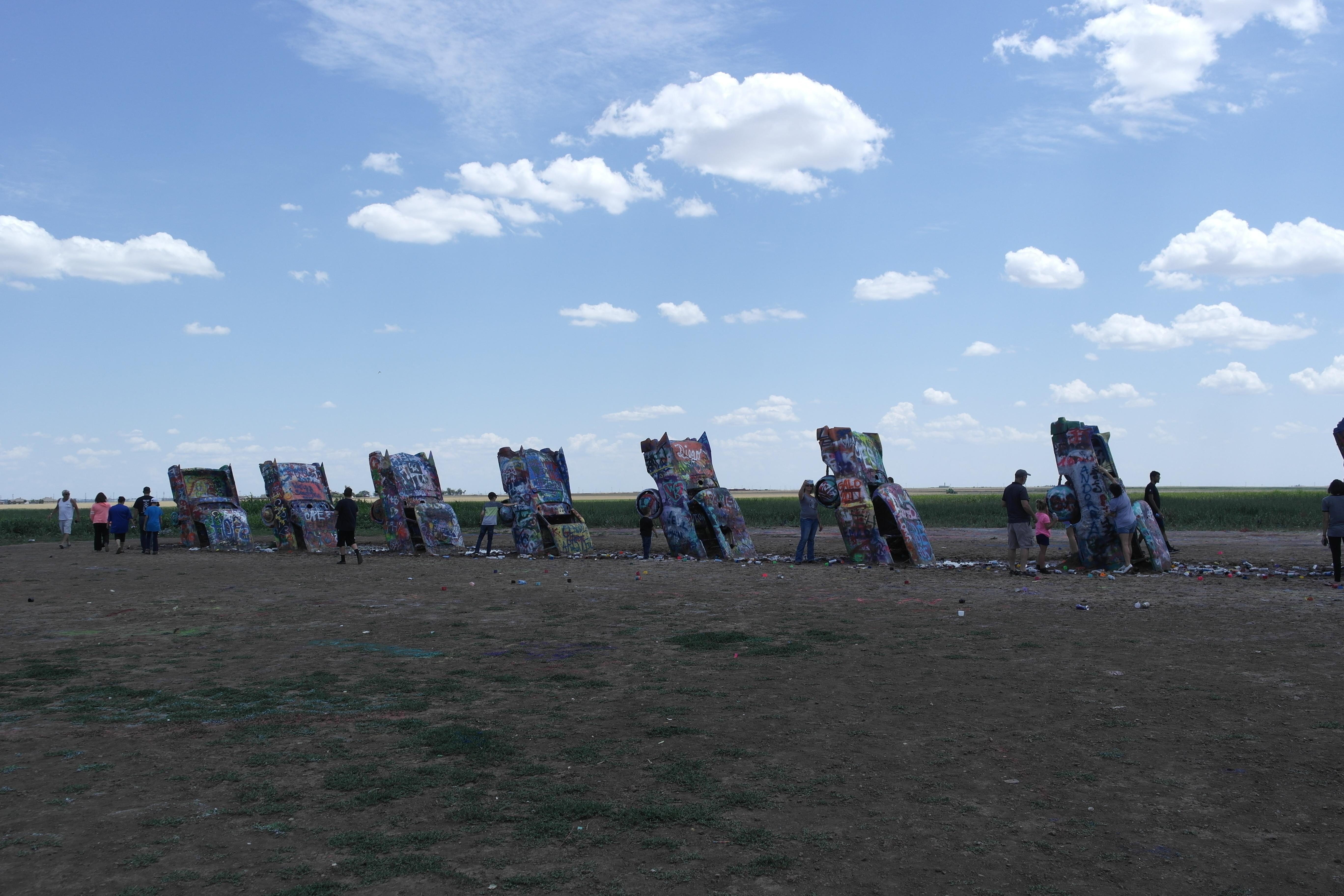 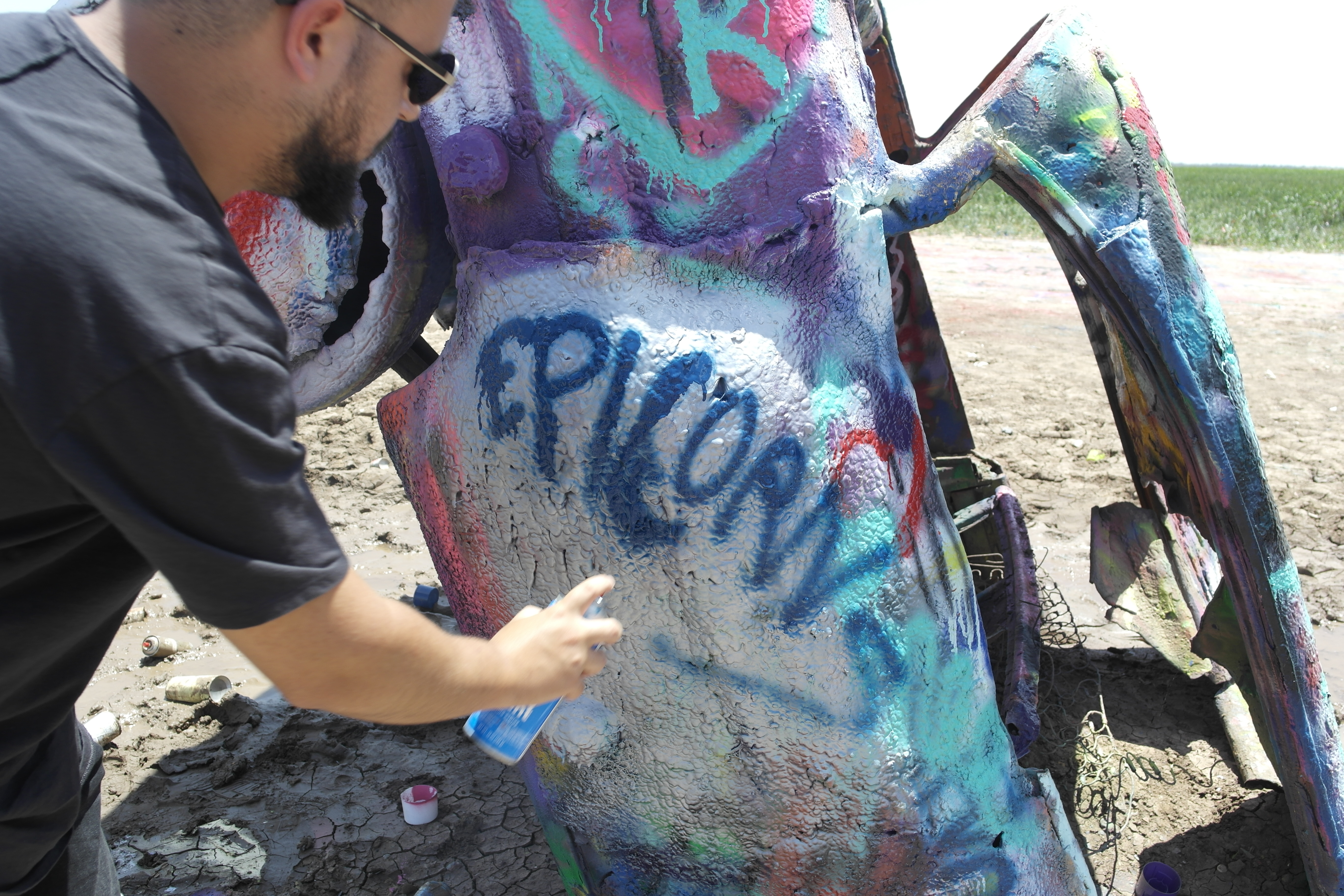 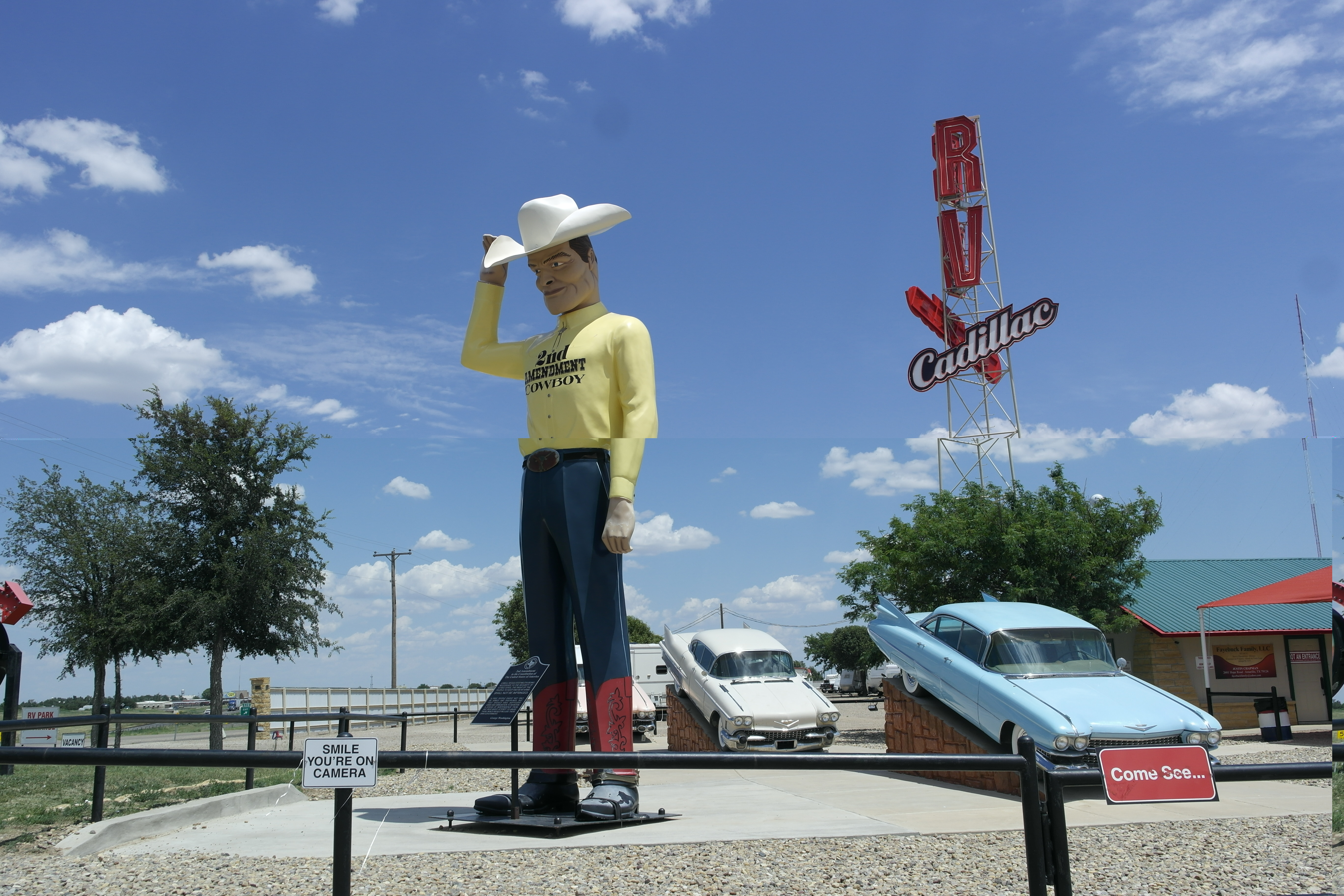 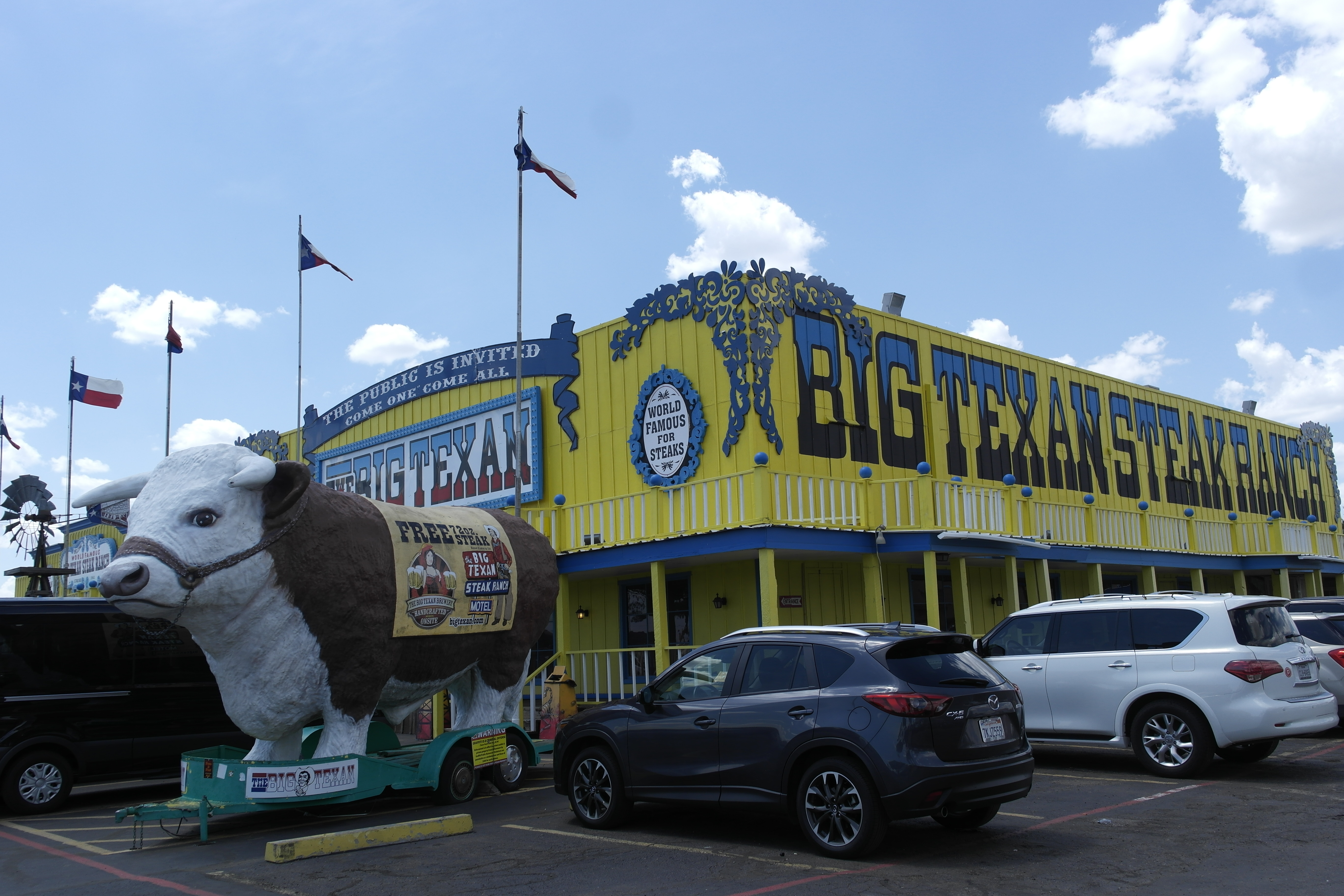 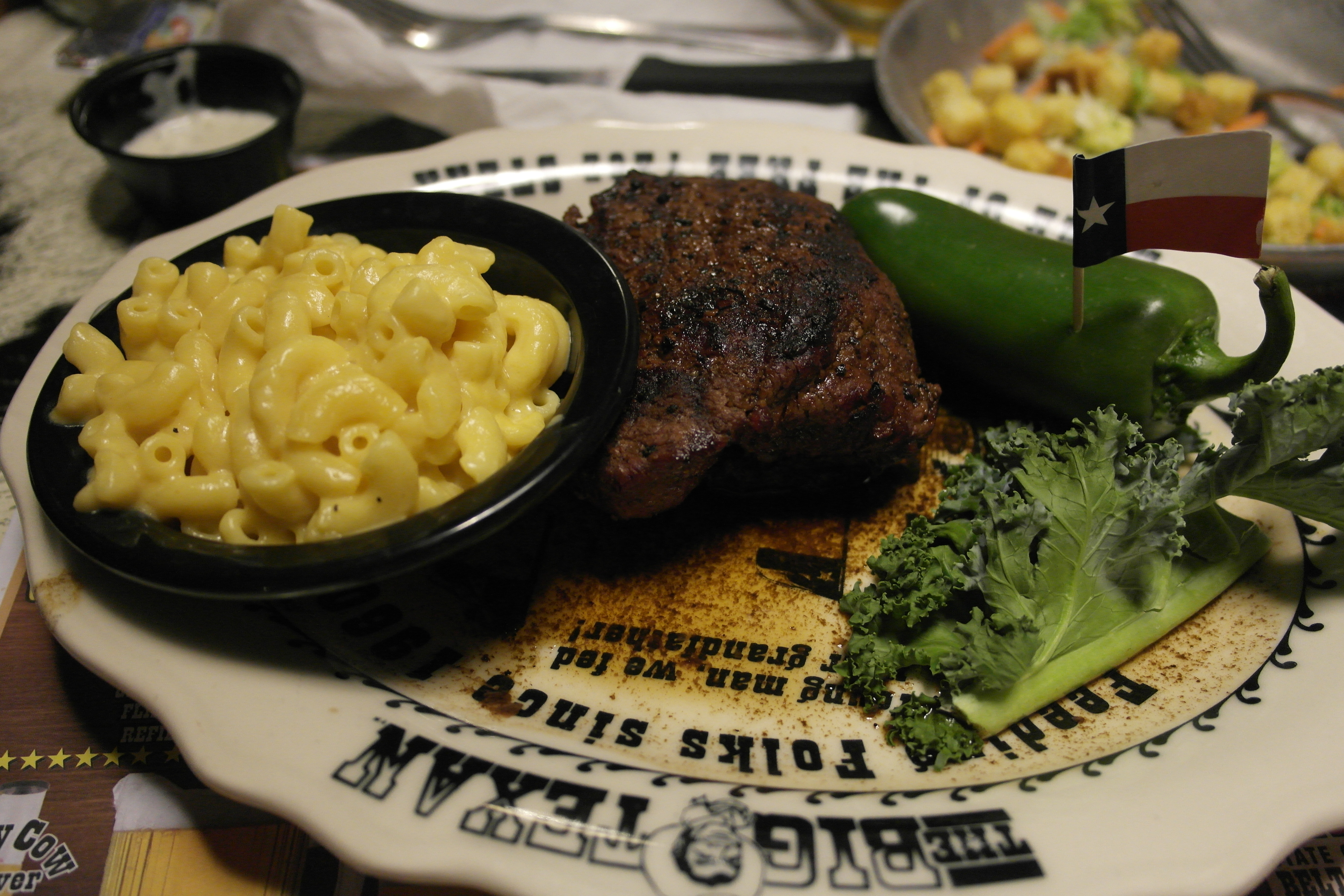 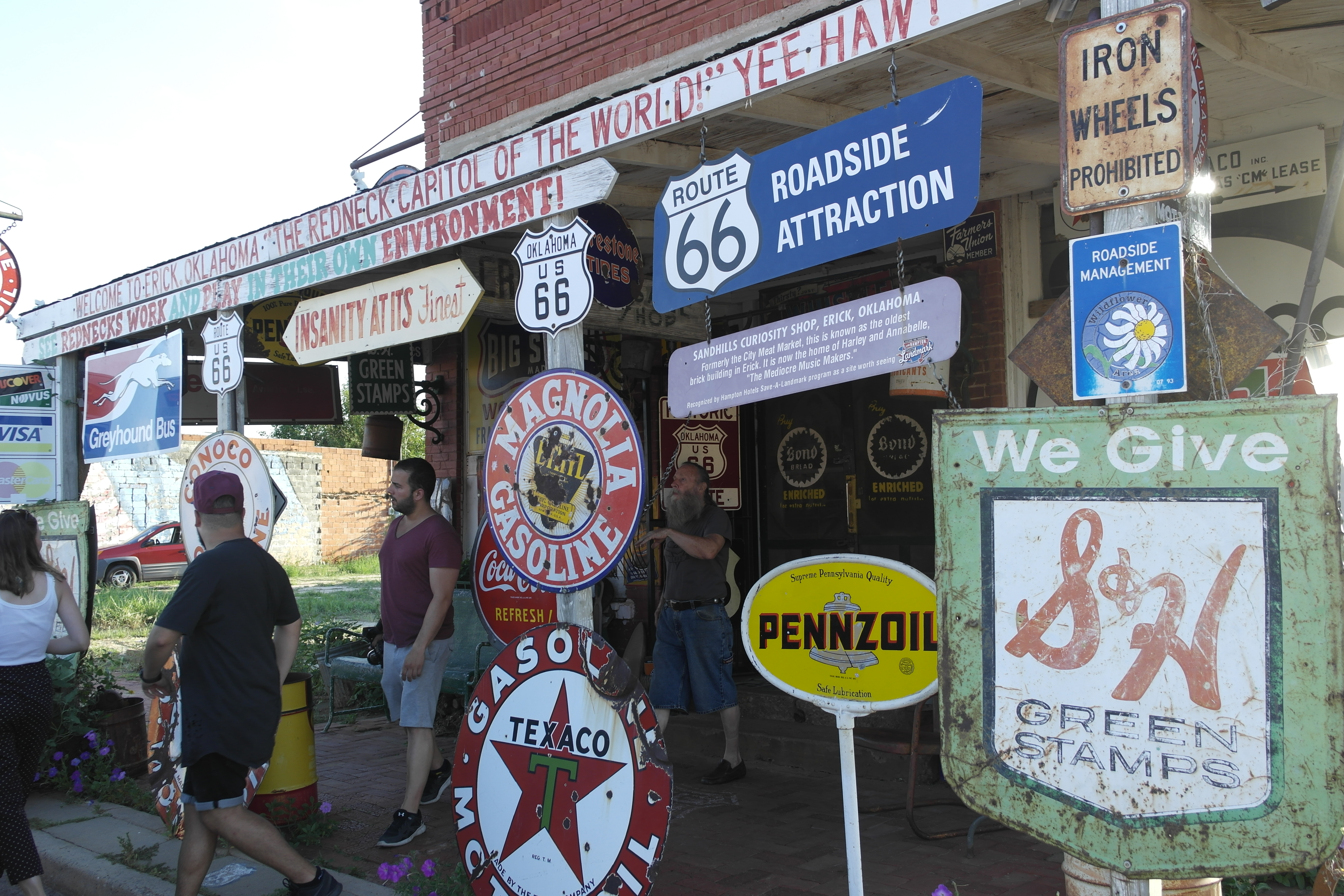 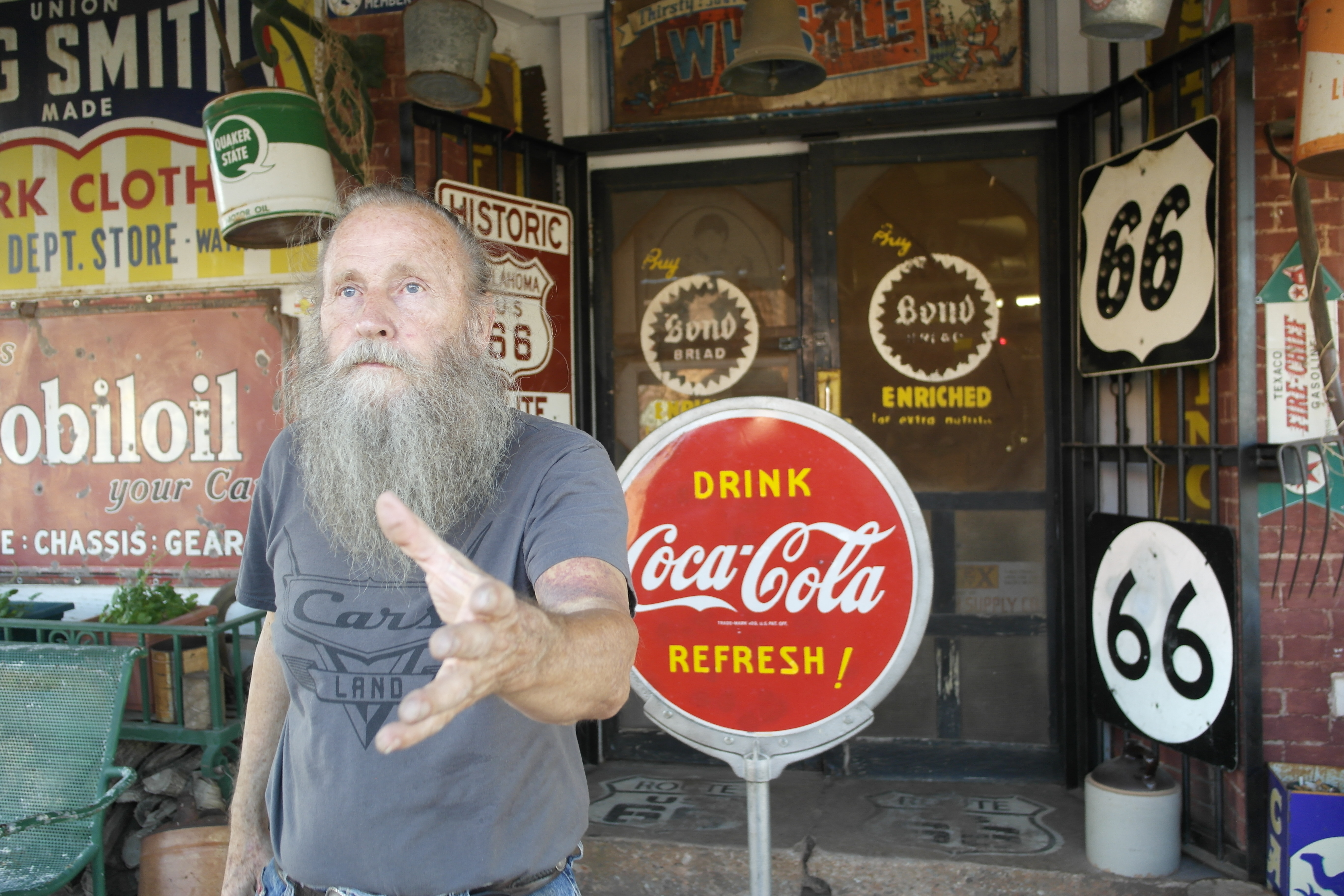 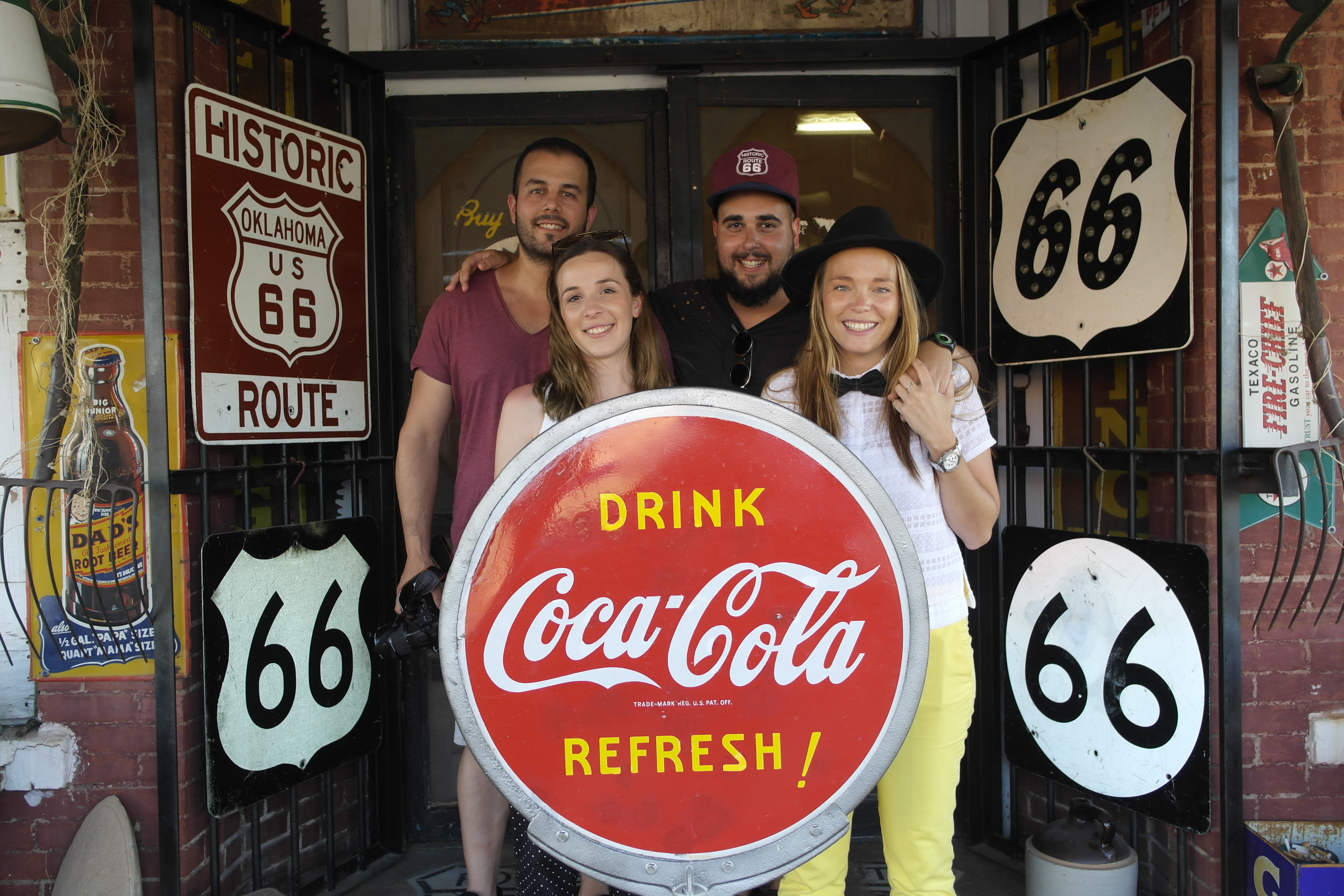 What a day. In total we were driving around 10 hours, while visiting a lot of cool towns and places. We also crossed 3 different states and 2 different time zones this day. Crossing also the midpoint of the Route 66.

The day started with some sightseeing in Santa Rosa. There is a famous car museum with some pretty nice and old cars, we passed by quickly to check out the cars and to take some photos. In Santa Rosa there is also a well known “Blue hole”, which was a big disappointment. It was just a small hole with bright water in, I mean you couldn’t even take a nice photo of the place.

At around 10 we headed to Tucumcari, which is known for its graffiti walls. It was a very small ghost town styled place with some nice graffiti paintings.

On the way to the next place, we crossed the midpoint of the whole Route 66, so we stopped to have a quick coca cola in the famous Midpoint cafe of Route 66.

Amarillo was next up, which is already in a different state: Texas. Amarillo is known for the Cadillac Ranch, where you can catch some spray painting and spray on Cadillac Cars that are stuck in the mud upside down. It might sound weird, which it also was, but still a pretty funny thing to stop by. Amarillo is also very known on Route 66 for the restaurant: Big Texan, where you can eat a 2 kg steak and get it for free if you eat it all in under 1 hour. We didn’t try our luck though, instead we took normal (super tasty btw) steaks in this world famous Texas restaurant.

Last, but certainly not the least, we also stopped by in a very small town called: Erick. This was probably one of the most unique and funny experiences of all the route until now. There’s a house that is mentioned in a lot of Route 66 guides, that you have to visit, because the owner of the house is so funny, and because he has a collection of a lot of cool retro things from all over the world. You have to have a bit of luck on your side though, since he’s not always at home. We were very lucky this day, and he welcomed us happily to visit his home. This experience is also something that you have to experience yourself, it’s impossible to describe him and his personality. We had so much fun and he was explaining a lot of funny stories, in addition to showing all his cool collection things. He even decided to sing us a song with his guitar.

After laughing for about one hour with him, we had to start driving to Oklahoma, where we currently are in a motel. We’re super tired and exhausted, but this day was easily one of my favorites so far on the route. I’ll head to sleep now to charge the batteries a bit for tomorrows trip, I’ll try my best to keep my blog up to date where we are, and where we are heading!